Meet the 16 Big Winners of the Corona Crisis

by Gazettely Editorial
in Business, Entrepreneurship
Reading Time: 7 mins read
A A
0 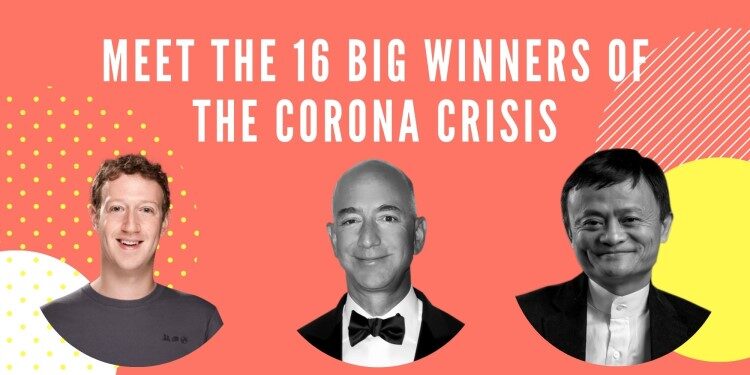 Nearly more than a year after the start of the pandemic, practically every company in the world has been affected by COVID-19, but performance has been highly variable, even within the same country or sector. Delivery services, game companies, e-commerce businesses, software giants: in particular, tech companies are some of the winners of the Corona crisis, according to the latest quarterly figures. There are many old acquaintances among the tech billionaires – but also a few up-and-comers that almost no one knows about. In this article, we will take a look at the 16 big winners of the corona crisis. 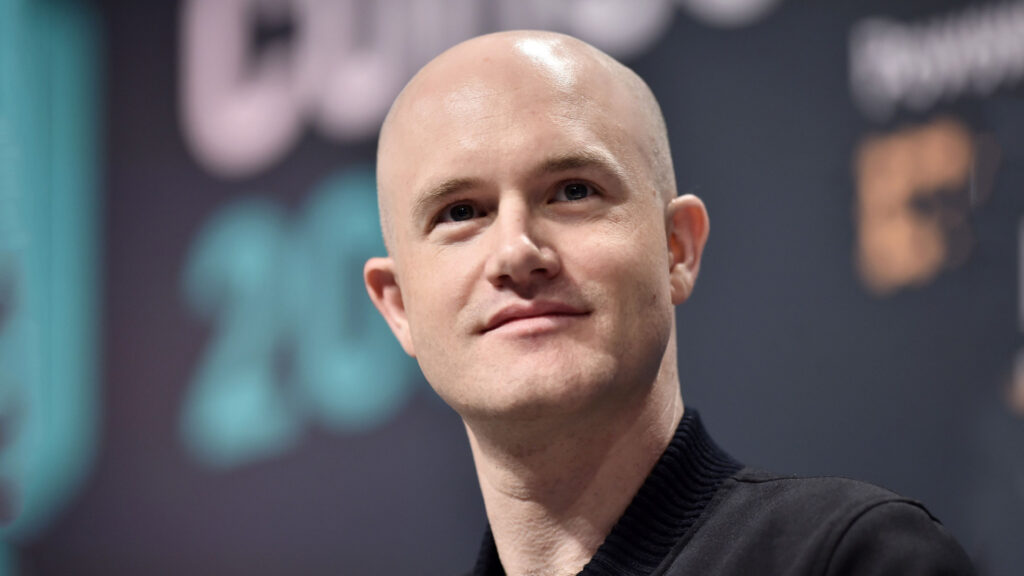 He is among the Corona winners of the tech world: Brian Armstrong capitalized on the euphoria sparked by a hope for a strong economic comeback on Wall Street to successfully take his company public. The founder and CEO of Coinbase, the largest cryptocurrency trading platform in the U.S., Armstrong is one of the highest-paid CEOs in the world. 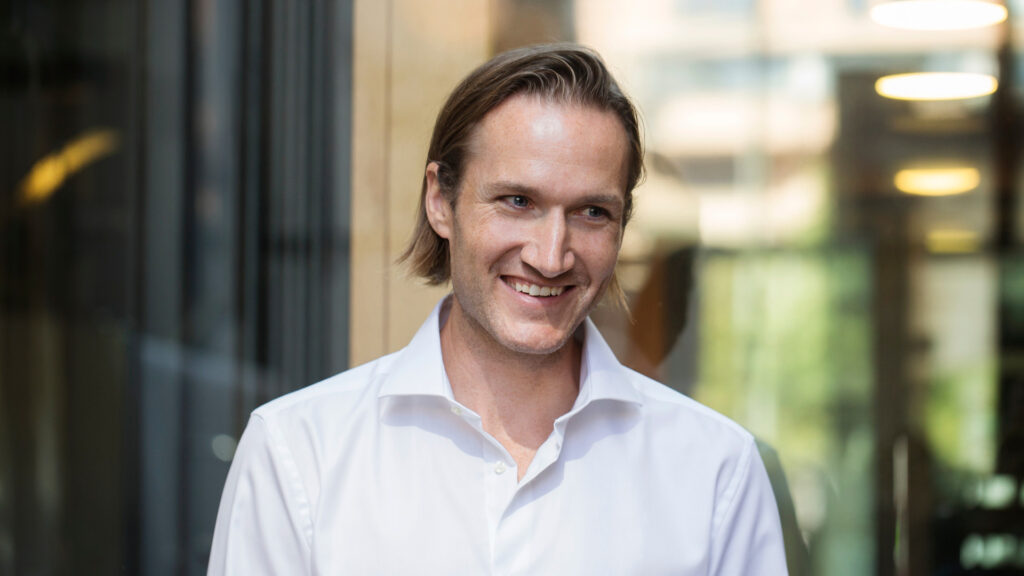 The delivery service Delivery Hero is probably the biggest Corona winner in the German Dax index. Its shares have been rising for more than a year and, following an intermittent period of weakness, are now back near their record high. It’s no wonder: the delivery business is flourishing, and just recently founder and CEO Niklas Östberg (pictured) lifted the outlook for the current year. This success is also paying off for the Swede: With a salary of 45.7 million euros – including stock options – he was the second-highest earning DAX CEO last year after Linde CEO Steve Angel. 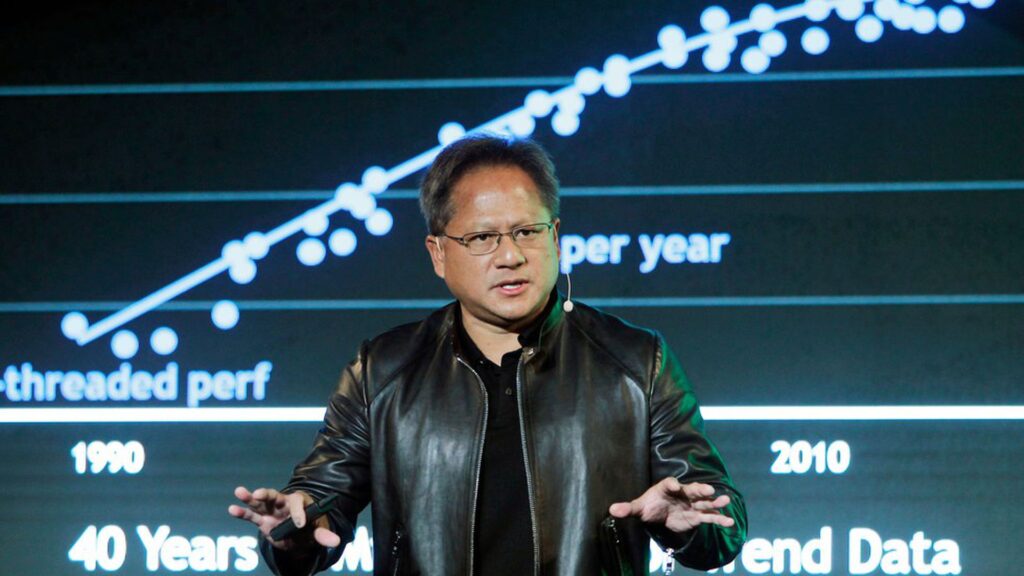 Manufacturers of hardware such as notebooks, PCs and computer chips are among the winners of the Corona crisis and the increased use of IT and the Internet. The shortage of chips, for example, has been making headlines and causing bottlenecks for car manufacturers for months. Just a few days ago, chip manufacturer Nvidia gave an optimistic outlook for its business performance. Shares in the company began to soar long before the start of the Corona crisis, and have continued to do so to this day. It has made Jensen Huang rich, who is the head of Nvidia and also a co-founder in the early 1990s, for example. According to Bloomberg, Huang now sits on a personal fortune of about $14.4 billion – twice as much as just a year ago. 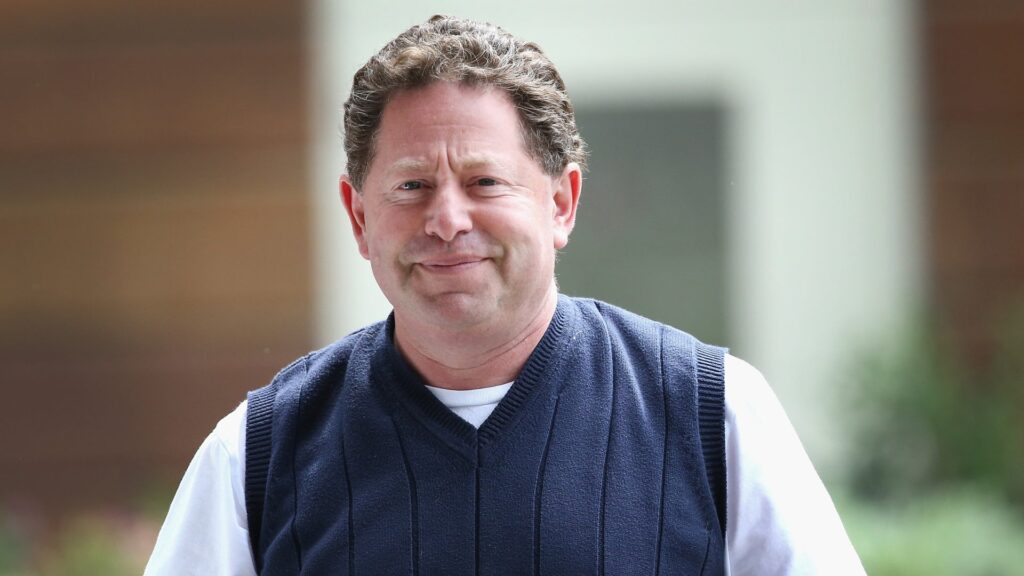 Activision Blizzard is one of the largest gaming providers in the United States. And the boost from the Corona pandemic also had a noticeable effect on the group: CEO Bobby Kotick was pleased to announce an increase in revenues from $6.5 billion to $8.1 billion last year at the beginning of February. Earnings per share increased by around 50 percent. According to media reports, he is set to receive a bonus payment of 200 million dollars – a sum that has not yet been confirmed by the company. 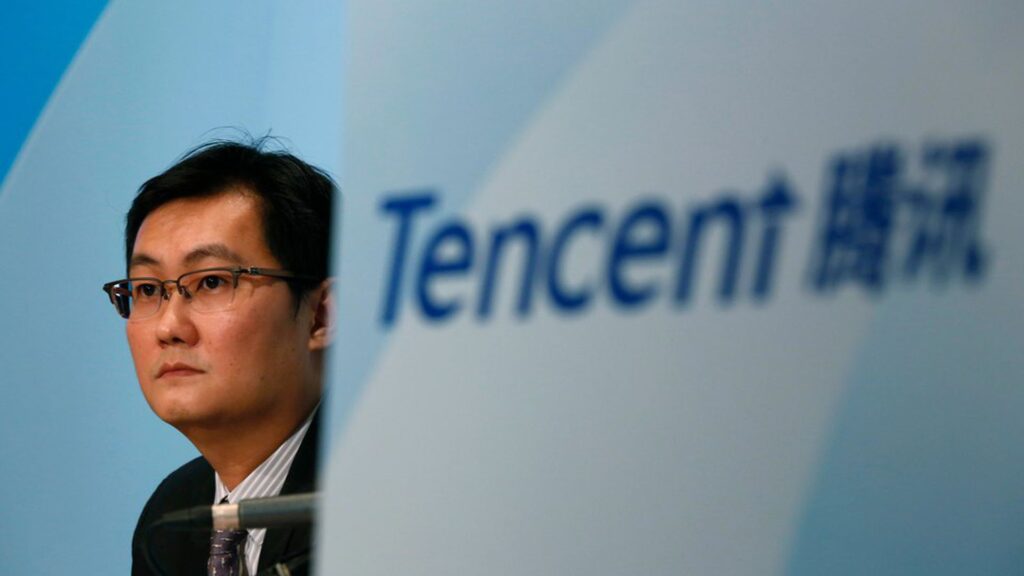 And then there is the home entertainment sector, another booming industry thanks to Corona. For example, Ma Huateng, also known as Pony Ma and founder and CEO of the Chinese tech giant Tencent, is now China’s second richest man with 74 billion dollars after a 70 percent increase in assets last year. Tencent is active in many areas of the Internet – among them as a games provider. The group increased its revenue by 28 percent and profit by 30 percent in 2020. 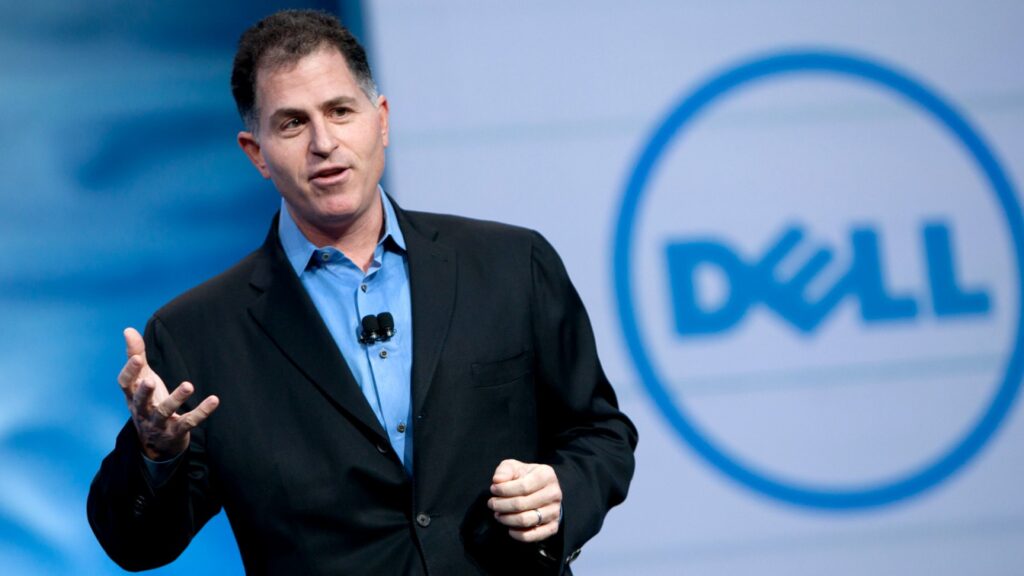 The share price of computer supplier Dell has also more than doubled over the past twelve months. The same applies to the fortune of company founder and major shareholder Michael Dell, which now amounts to around 51.2 billion dollars, according to Bloomberg. 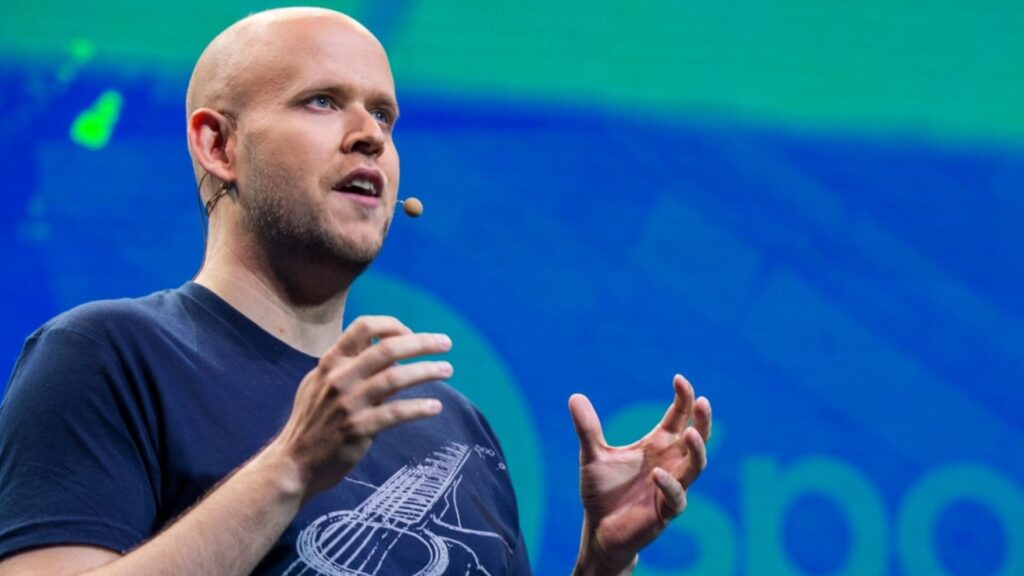 Spotify, the music network and streaming service, increased its revenue by 16 percent to 2.15 billion euros in the first quarter, while facing fierce competition from Apple Music, Amazon Music, and smaller rivals. Nevertheless, things are going great for founder Daniel Ek. His fortune has more than doubled to $4.4 billion within twelve months, according to “Forbes.” That’s enough money to afford his own soccer club in the English Premier League, according to Ek. 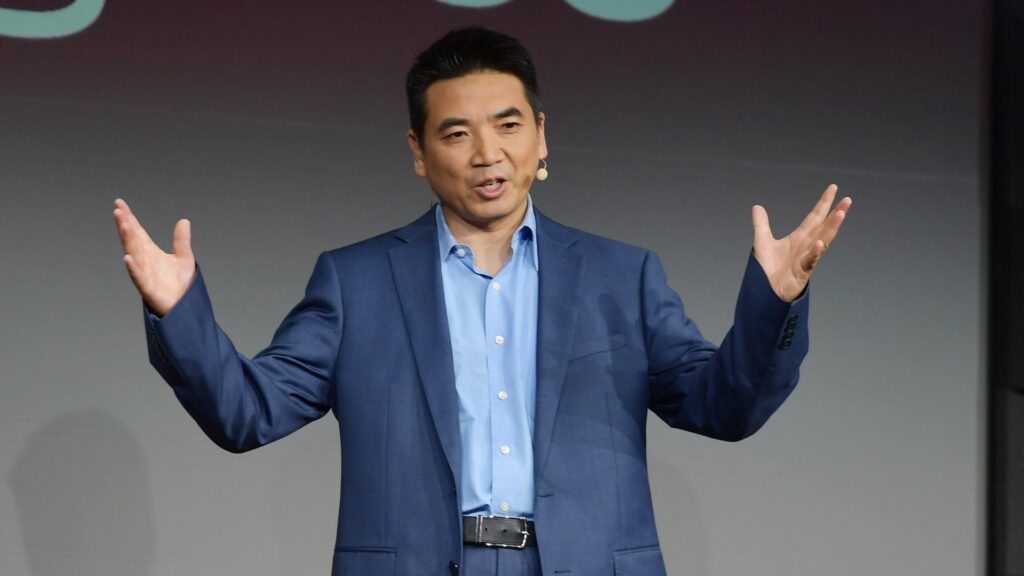 Eric Yuan, founder and chief executive of video meeting provider Zoom, is also profiting from the home office trend and the huge increase in demand for communications software. At the beginning of March, the company reported a 326 percent increase in sales to $2.6 billion last year. A year ago, Bloomberg estimated major shareholder Yuan’s fortune at just over seven billion dollars – it is now more than 15 billion. 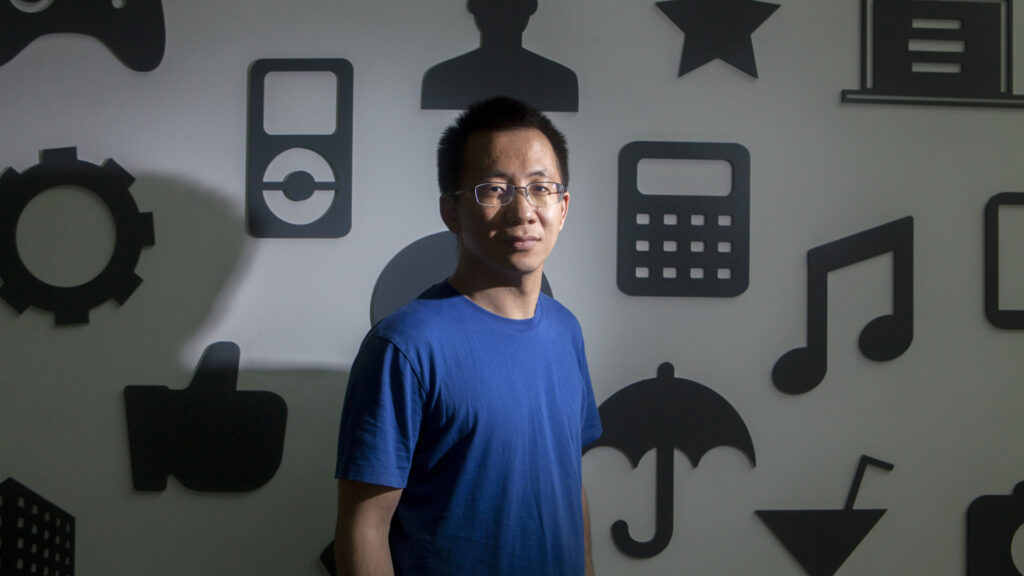 A similar situation applies to Zhang Yiming, founder and CEO of ByteDance, the parent company of the social network TikTok, which is in demand worldwide, particularly among young people. Zhang Yiming has become the fifth richest Chinese with a fortune of 54 billion dollars. 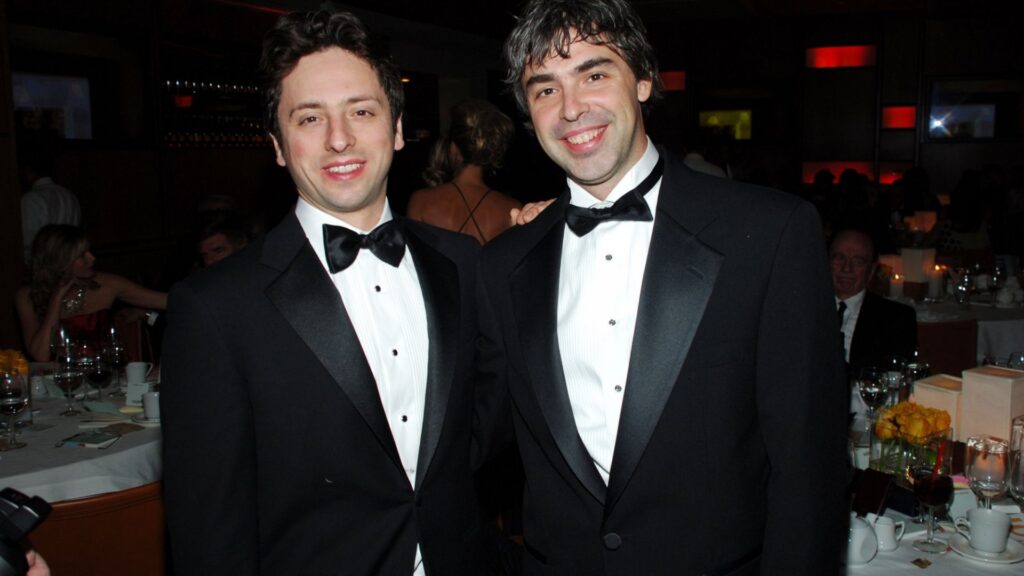 Corona’s crisis is also causing the Internet advertising businesses to boom – to the delight of these two gentlemen: Google founders Sergey Brin, and Larry Page, now each have well over 100 billion dollars on the scales. Only a year ago, they were each worth a good 60 billion dollars. One reason for this was announced by the company a few days ago: Google increased its revenue in the first quarter of 2021 alone by 34 percent to 55.3 billion dollars. 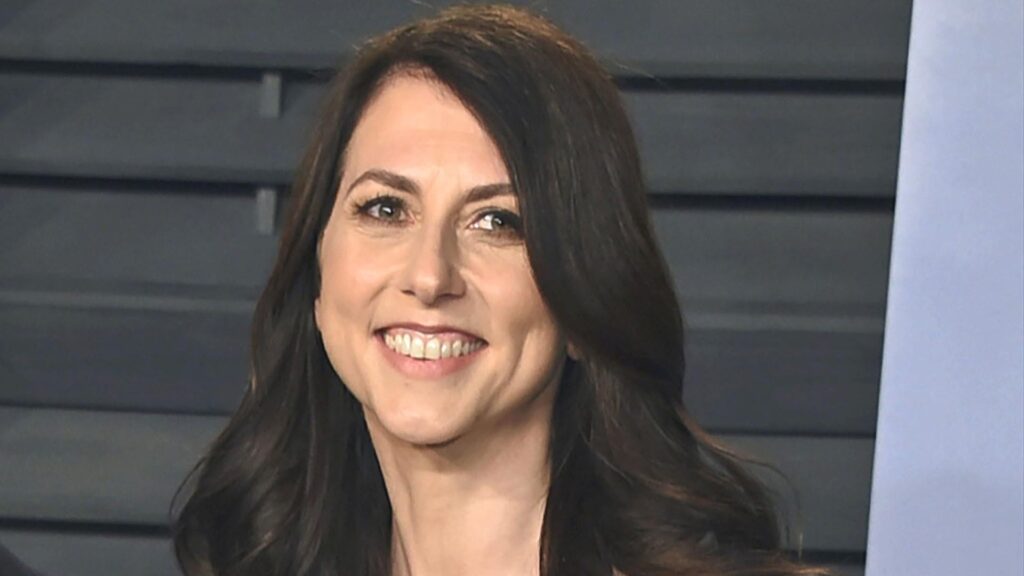 Bezos’ ex-wife MacKenzie Scott is another major shareholder in Amazon. Her fortune is more than $61 billion after over a year of Corona crisis, according to Bloomberg – compared to around $45 billion a year ago. However, Scott has already announced plans to donate much of that fortune. 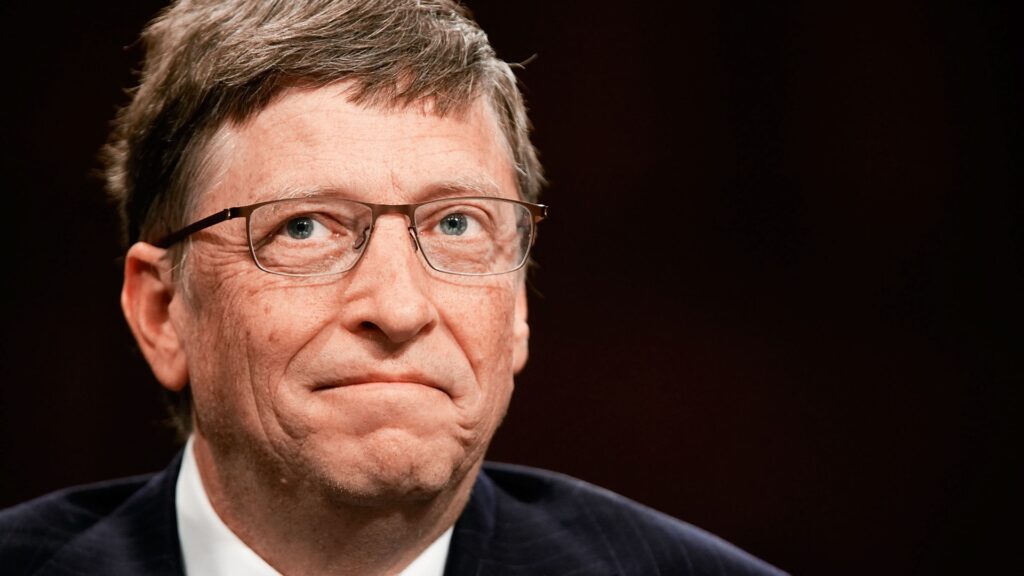 As more and more people are spending more time in front of their computers in the home office or privately due to the Corona restrictions, the industry’s major corporations are also benefiting from this. For instance, Microsoft – among others, provider of the conference and chat software Teams, which was much in demand in Corona times – most recently reported a 19 percent increase in sales and a 44 percent increase in profits for the first quarter of 2021. The founder and major shareholder Bill Gates, who is now worth 146 billion dollars according to Bloomberg – as compared to around 106 billion dollars just a year ago – can be pleased about this. 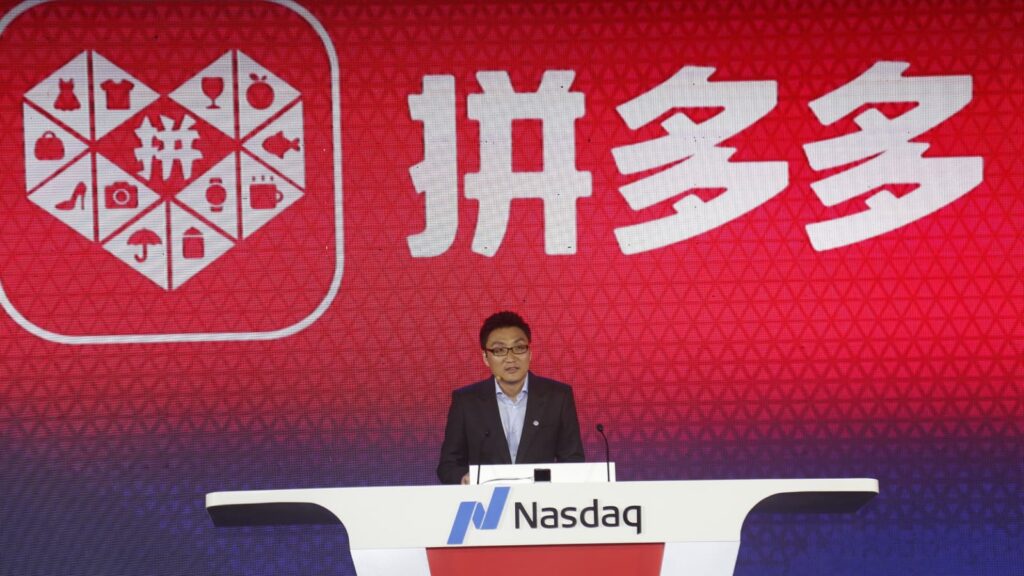 One more Chinese who profited from the online shopping trend during the Corona period is Colin Huang, the founder of online discount retailer Pinduoduo. His company most recently reported a 146 percent increase in sales to the equivalent of just over four billion dollars in the fourth quarter of 2020, with Huang’s wealth rising by a whopping 283 percent to 70 billion dollars in 2020, reported by the Hurun Global Rich List. This means he is now the third richest man in his home country. 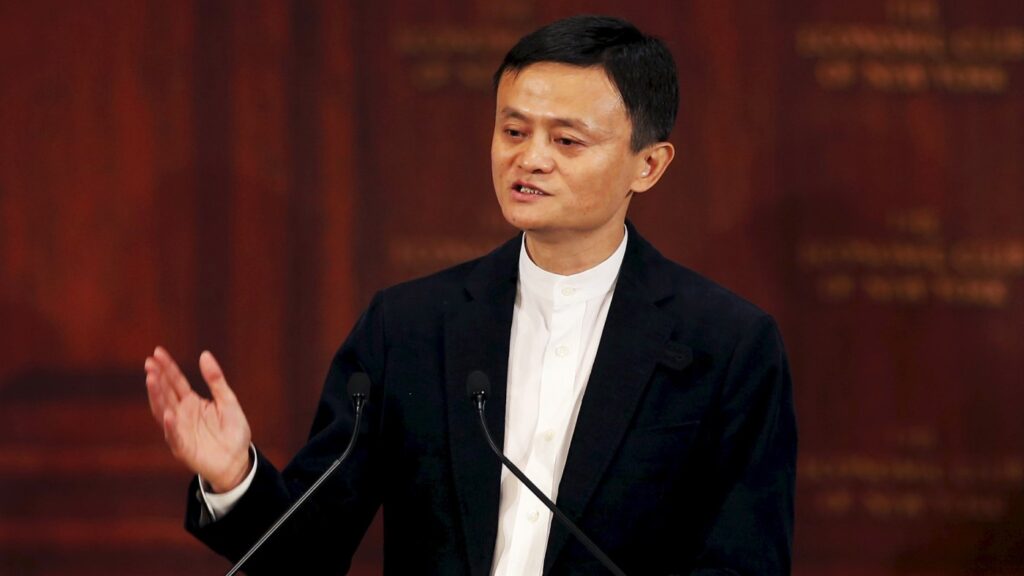 Bezos’ counterpart in the Far East is Jack Ma, founder of the Alibaba trading platform. Currently, the Chinese is going through difficult times, and his company is under particular pressure from Beijing. Nevertheless, Ma has done well financially during the Corona crisis: his wealth recently increased by around 22 percent to $56 billion, according to the Hurun Global Rich List, the Chinese version of the Forbes rich list. 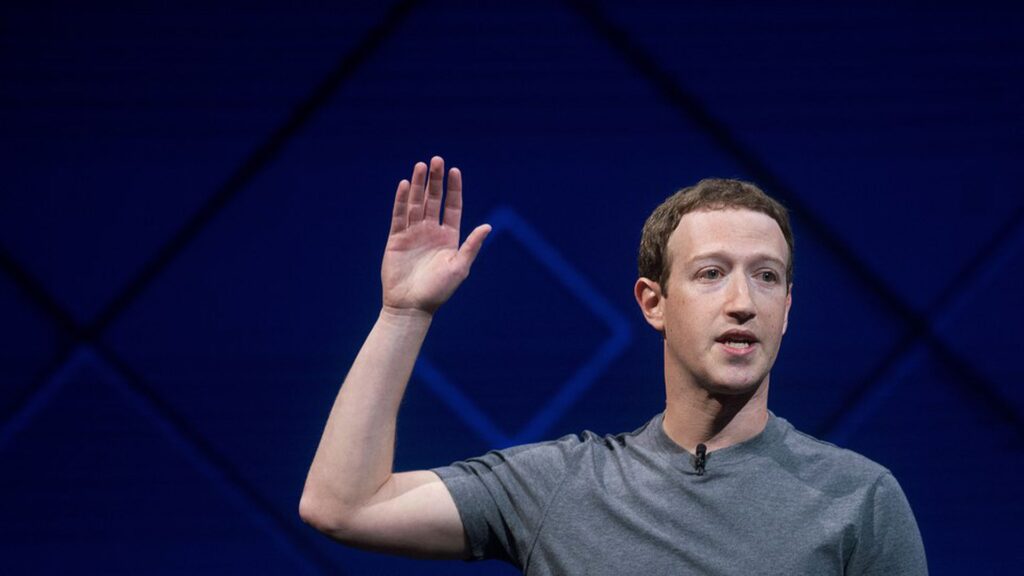 Needless to say, the Corona crisis is also boosting the business of social networks. The biggest of these, Facebook, has recently reported a 48 percent increase in first-quarter revenue to $26.2 billion. Shares have also been on the rise in recent months – to the delight of founder, CEO and major shareholder Mark Zuckerberg. With assets of $123 billion, Bloomberg now ranks him fifth on the global richest list – up from around $77 billion twelve months ago. 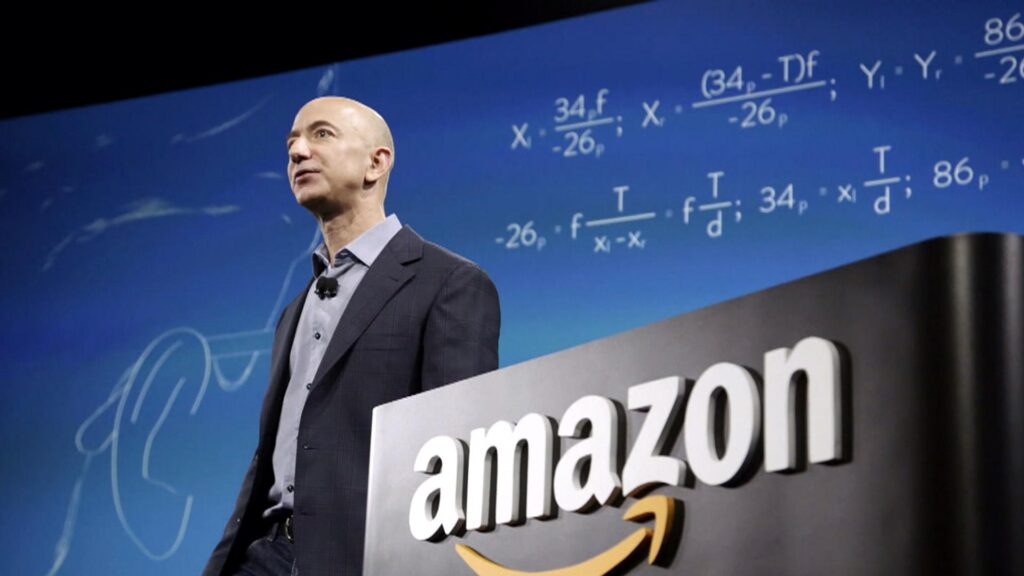 Of all people, Amazon founder Jeff Bezos, who is already the richest man in the world, is one of the biggest winners of the Corona crisis – and the recently published quarterly figures of the world’s largest online retailer clearly showed how much he is profiting: Amazon boosted its sales by 44 percent to $108.5 billion within three months. The company tripled its profits to a record $8.1 billion, partly thanks to the many people switching to online shopping, giving its stock a further boost. In the meantime, Jeff Bezos’ fortune has exceeded the $200 billion mark – about a year ago, it was still around $140 billion, according to the Bloomberg Billionaire Index.

Do you know any others who could have a place in our list of biggest winners of the corona crisis? Let us know in the comments section below. 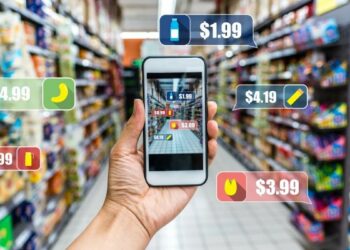 10 Tech Innovations That Are Transforming Retail

Consumer habits have changed, most notably online, due to the increased time people are at their homes. Retail tech is...

All You Should Know About Social Selling

What Is Forex and How To Get Started With Forex Trading?

All About Gua Sha Massage: The Secret of Asian Women’s Perfect Skin