Diablo Immortal Made $49 Million Within Its First Month

The game has grossed more than a million dollars a day since its release early last month. It has been stuck at 10 million in downloads.

by Gazettely Editorial
in Games, News
Reading Time: 2 mins read
A A
0 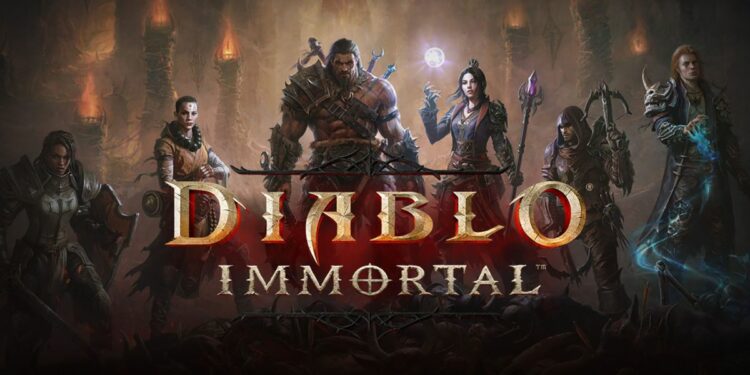 Diablo Immortal experienced a bittersweet debut: on the negative side are the controversy caused by its purchase system, which has led to much criticism from the community, and the sudden delay in China, which caused a sharp drop in NetEase’s shares.

Nevertheless, there is a positive side that will certainly allow Blizzard to enjoy the success of this free-to-play game without too many worries: it has already generated more than 49 million dollars since its launch on iOS, Android and PC at the start of last month.

This is what MobileGamer.biz, a media outlet which has compiled data on the revenue generated by Diablo Immortal over the month it has been available. Total figure is not the only important thing in this report, as we can also draw the fact that the daily income has not dropped below one million dollars throughout the month of June.

The highest peak was $2.4 million in one day on June 11, but while it has dropped since then it has never been less than $1 million. The latest figure was June 19, when we learned that it had already brought in $20 million.

These figures also reflect the revenue received by the developer. So what does this mean? It means that those 49 million dollars earned in one month come with the 30% that the App Store and Play Store keep for the transactions in the game, therefore the real income would be even higher. Some of that money has been generated by streamers like the one who spent 15,000 dollars to get a special gem and then destroy it.

That said, Diablo Immortal is not doing as well in sales as it is in terms of downloads, as it seems to be stuck at 10 million downloads. It is a figure that is not bad at all, but it already reached just a week after its launch, when Blizzard declared that it was the best debut of a game in the saga.

The highest peak of downloads was on June 4, just a month ago, with 1.32 million downloads in a single day. Diablo Immortal is now available for free on iOS, Android and PC.

See: New Trailer of the Third and Final Season of the Series Comes Out

Everything You Need to Know About 2020 Expo in Dubai