House of the Dragon – What Is the Game of Thrones Prequel About?

House of the Dragon is the first of many Game of Thrones spin-off series. However, will viewers unfamiliar with the story be interested in the new TV series coming to HBO Max?

by Gazettely Editorial
in TV Shows, Entertainment
Reading Time: 3 mins read
A A
0
Share on FacebookShare on TwitterShare on PinterestShare on WhatsAppShare on Telegram

We’re already at the end of the long wait for the debut of House of the Dragon on HBO Max. While the title has not yet been released to the general public, the small community of industry journalists has had a chance to see the production during pre-release screenings.

Based on their feedback, we’re getting a show that is as good as, or perhaps better than, that of the original Game of Thrones in less than three weeks. The sequels are just part of a promotional campaign that has been thriving for some time.

Those familiar with the story depicted in Game of Thrones will certainly guess what House of the Dragon will be about. Even the series’ title itself suggests the main plot axis.

But what about those who have not yet had the opportunity to watch the show that is based on the saga A Song of Ice and Fire by George R.R. Martin, and the recent trailer has encouraged them to get acquainted with The House of the Dragon? We’re rushing to help.

The House of the Dragon in the books

The newest series prepared by HBO is also based on a book by author George R.R. Martin – we’re talking about Fire and Blood. However, we are dealing this time with an item that does not form part of the main plot axis of the series, and is a separate story published in the form of chronicles.

To date, there have been two parts of the first volume, while the author is also planning to publish a second volume. However, at the moment it is not known when this will take place. 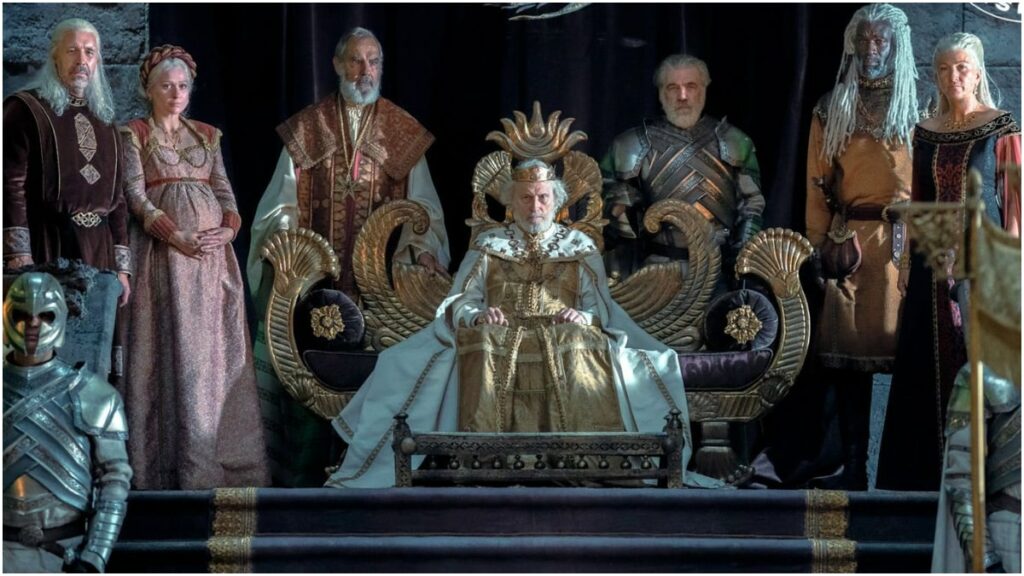 Dragon’s House will certainly be divided into several seasons by the creators. So if you don’t want to get too far ahead with your knowledge of the story, then it will be worth putting off reading the books so as not to spoil the fun of watching the series. Particularly since the second part of Fire and Blood describes events that will be relevant to the spin-off.

People already familiar with the story presented in the books should not count on a true representation of it in Dragonborn. A while ago, George R.R. Martin announced that the screenwriters had made some changes, which made the series better than the book original at some points.

What is the story of House of the Dragon?

This series will tell the story of the Targaryen family. The plot is set 200 years before the events we learned in Game of Thrones. Thus, we are unlikely to expect to see on screen the famous rebellion of Robert Baratheon, who removed the Targaryen family from Westeros.

What we will see instead in the Dragonborn is the internal struggle within the ranks of the family. Fratricidal struggle and the rivalry for the Iron Throne will be the main plot threads of the series, which is even suggested by the production trailer itself.

Throughout the episodes, the slow decline of the family, initiated by the decision of King Viserys I, will appear before our eyes. He has broken with tradition and appointed his daughter Rhaenyra as the heir to the Iron Throne.

As you might guess, the decision will not be well received by important people in the kingdom who will want to oppose it. Thus, it will not be without a fight between the characters belonging to the title family.

There will be also no shortage of conspiracies and knowledges, which are known from Game of Thrones. Every character will try to improve his own situation at court, and also ally himself with the future ruler of the land. You can expect that dragons, who are even a trademark of the Targaryens, will play a big role as well.

The Majority of EA’s Revenue Comes From Games-services

Dead Island 2 Still Alive and About To Be Reannounced Soon

Dead Island 2 Still Alive and About To Be Reannounced Soon