As previously reported, the highly-acclaimed 2018 production will be coming to PCs next month with more than just a story add-on.

Sony Interactive Entertainment, as well as Insomniac Games and Nixxes studios, have provided a list of improvements that PC players who pick up Marvel’s Spider-Man Remastered can look forward to.

Controls and Personalization – Experience what it’s like to be Spider-Man with the realistic touch and dynamic “Trigger” effects of the PlayStation DualSense controller attached to a USB connection. Enjoy full mouse and keyboard support with a choice of personalized control options.

You can find the PC requirements of this title in the following. Check if the game will run on your hardware. 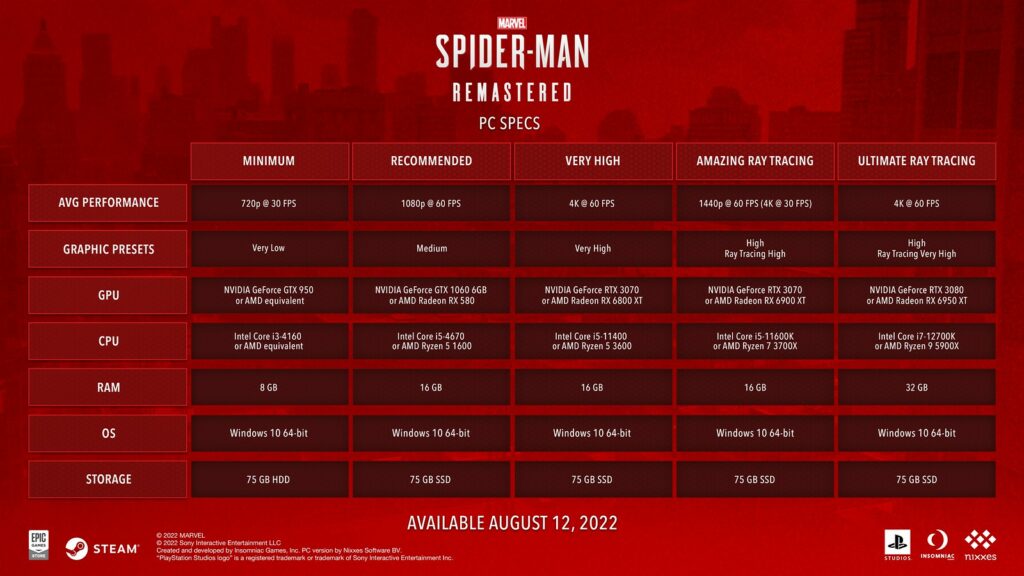 Pre-order the game now to unlock in-game content beforehand, including:

The Marvel’s Spider-Man Remastered is a game being developed by Insomniac Games in cooperation with Marvel. The title will also hit the PC thanks to a version developed by Nixxes Software.

Head out to Marvel’s New York City and take on the role of an experienced spider hero, where clashes with villains and crime are the daily bread. You will discover the story of Peter Parker, who is trying to reconcile his chaotic personal and professional life, while the destiny of the entire city rests on his shoulders.