A number of screenshots have hit the net showing the refreshed version of Isaac Clark's adventures.

by Gazettely Editorial
in Uncategorized, Games, News, PC Games, PlayStation, Xbox
Reading Time: 1 min read
A A
0
Share on FacebookShare on TwitterShare on PinterestShare on WhatsAppShare on Telegram

We found out yesterday that Dead Space Remake is going to feature side quests that will further develop the plots of the supporting characters. In the meantime, the production of EA Motive studio has lived to see its own page in the Xbox Store, where new screenshots were available for some time.

However, the screenshots have now disappeared from Microsoft’s store, but you can easily find them, for example, on the social network Twitter. 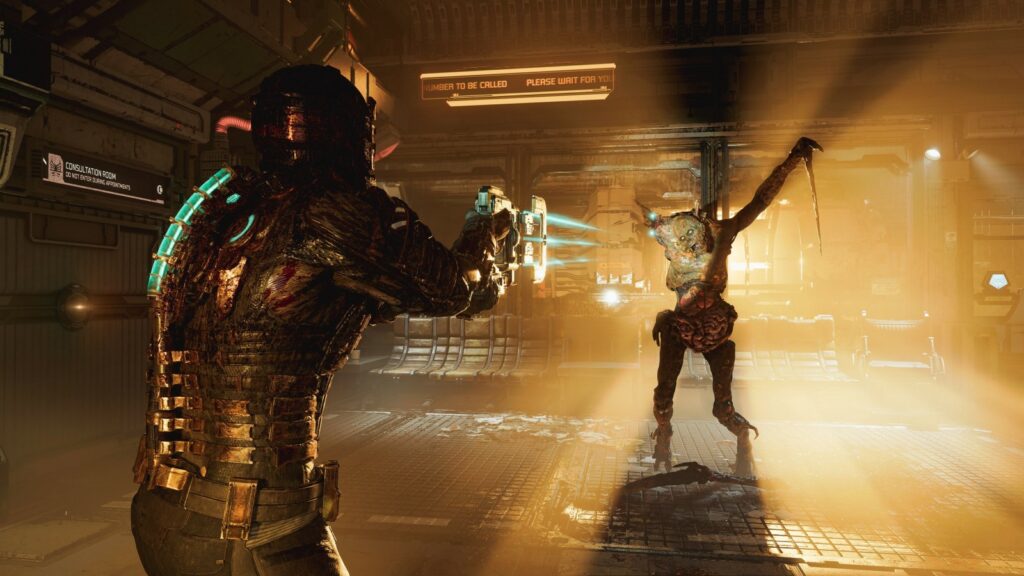 In total, three screenshots have appeared on the Xbox Store, allowing you to check how the refreshed version of Isaac Clark’s adventures looks like, and you should admit that the whole thing looks really promising.

There is no denying the game’s atmosphere, and the enhanced visuals stand at a high level. We have nothing left to do but wait for new fragments of gameplay, which are likely to hit the web in the middle of next month.

The Xbox store page for the Dead Space remake is livehttps://t.co/lIoGLZN1EZ pic.twitter.com/0YTtPKiDnS

Classic sci-fi horror game Dead Space is returning in a brand new installment prepared by Motive Studios, featuring even more immersive entertainment. Using the power of the Frostbite engine, the new version of the game is set to deliver unparalleled graphics, jaw-dropping sound design and gameplay enhancements, all while keeping true to the thrilling concept of the original. – the game’s description on the Xbox Store reads.

In conclusion, let’s recall that Dead Space Remake is coming to PC, as well as PlayStation 5 and Xbox Series X/S consoles. The game is due to debut on the aforementioned platforms on January 27, 2023.