Microsoft reveals 9 games that are coming to the catalog this month.

by Gazettely Editorial
in Games, News, PC Games, Xbox
Reading Time: 2 mins read
A A
0
Share on FacebookShare on TwitterShare on PinterestShare on WhatsAppShare on Telegram

Microsoft has just announced the first set of games headed to Xbox Game Pass. Gamers can expect a number of productions to debut as part of the service. The list has no shortage of highly anticipated titles.

Xbox Game Pass was expanded in 2022 with a variety of interesting titles, although the corporation made sure to include a set of very high-profile launches that are just heading to the catalog. The majority will just debut in October.

Most likely, the company did not plan such busy days for its service, but just partnered with studios that are prepared to provide games to the general public in the following days. 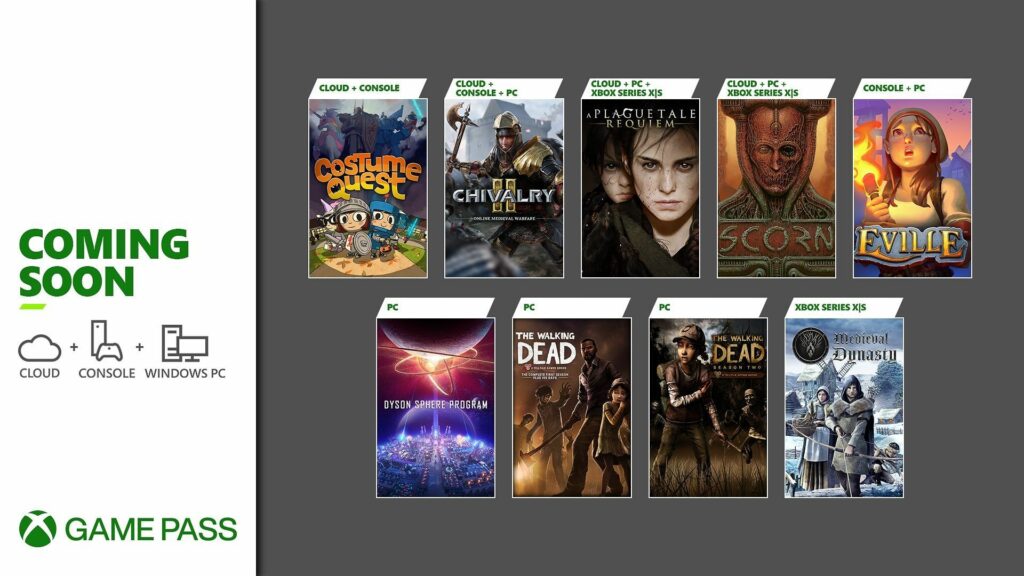 So as you can see, Microsoft is lining up 9 productions for the first 18 days of October, with as many as 5 titles from this list making their Xbox Game Pass debut.

Gamers are going to get acquainted with the high-budget A Plague Tale: Requiem, as well as the long-awaited Scorn or the intriguing Medieval Dynasty.

The lineup is rich and diverse, which will surely please customers of the Xbox Game Pass service. Microsoft is offering Xbox Game Pass users a number of very good titles that are sure to interest a wide audience.

It is worth remembering that this is not the end of the news. Xbox Game Pass will be expanded during the last days of October with the addition of Persona 5 Royal (21.10) and Gunfire Reborn (27.10), among others.