Dexter Morgan finally reveals himself in a teaser.

by Gazettely Editorial
in Entertainment, TV Shows
Reading Time: 2 mins read
A A
0
Share on FacebookShare on TwitterShare on PinterestShare on WhatsAppShare on Telegram

2021, the year of miracles. Unfortunately, Covid-19 will not disappear in the next few months, but a famous character from the world of TV series will make his return. It is Dexter who will have the right to new adventures in an unpublished season 9 scheduled to be released this fall and which is already revealed through a teaser. Attention spoilers.

A lumberjack career is clearly not for everyone. While the character of Michael C. Hall was left chopping wood in 2013 in the season 8 finale of Dexter, the most famous serial killer will eventually change his life again on the occasion of an unpublished season 9, expected this year on Showtime in the USA.

Currently, little information is known about this sequel directed by Clyde Phillips, the showrunner of the first seasons. The only thing we know is that the plot will not take place in Florida or Oregon, but rather in a fictitious town in the state of New York, and that Dexter will benefit from his stay in the region to meet a very special mayor, who is said to be hiding a terrible secret. This means that, despite a loss of reference points in terms of scenery, the concept will remain the same.

Finally, the only thing we know for sure is that 8 years after the first end of the series, Dexter is back in the game. We can discover it in a first true teaser that puts him in scene, Debra’s brother (who logically will not be part of the game), appears indeed with shaved face, and especially, smiling again. And attention, we are not talking about his usual facade smile used to integrate into society, but the one of his “Dark Passenger”, always playful, which has clearly not abandoned him for all these years. Can you smell the blood coming?

With 10 episodes, season 9 of Dexter will air in the fall of 2021 on Showtime. What do you think about Dexter season 9? Watch the new teaser below and let us know your thoughts on Dexter’s return in the comments section.

List of Famous Celebrity Divorces and Breakups of 2021 So Far 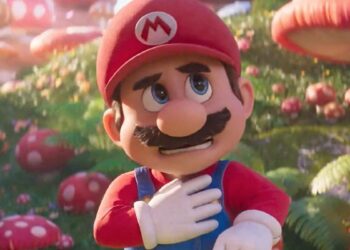