List of Famous Celebrity Divorces and Breakups of 2021 So Far

Everything has an end, including marriages. Here we take a look at the celebrities who decided to end their relationship

In the old days, it was still called “Till death do us part”. And while that phrase is still said at weddings today – and is meant by the couple getting married – that is not how the reality looks. Couples are separating and divorcing. The reasons for this are different. In the wake of the divorce of Bill and Melinda Gates, in this article of Gazettely, we will take a look at some of the famous celebrity divorces of 2021 so far, stay tuned. 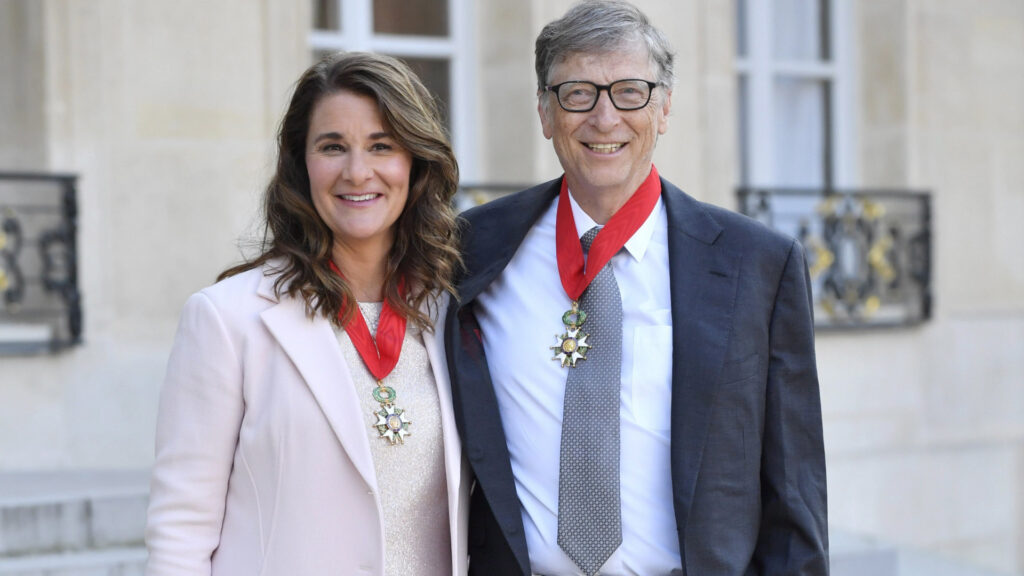 Bill Gates announced on Twitter on May 3 that he and his wife Melinda Gates were getting a divorce. “After careful consideration and a lot of work on our relationship, we have made the decision to end our marriage,” he wrote. According to “Bloomberg,” Bill Gates is the fourth richest man in the world and has more than 130.4 billion dollars in net worth.

The couple met in 1987 when they both worked at Microsoft. Throughout their marriage, they have worked together on charitable projects, among which is the Bill and Melinda Gates Foundation. The foundation is worth nearly 41 billion euros, according to Forbes magazine.

The couple had a separation agreement before filing for divorce, but no prenuptial agreement. A separation agreement is a non-legal document that details a couple’s rights and responsibilities, including child support and custody, without the agreement being signed by a court. Based on this agreement, assets and property are to be divided. However, Melinda Gates is said not to have asked for spousal support, which could indicate a large amount of money she will receive from the assets. The amount of the divorce proceedings is not yet known. 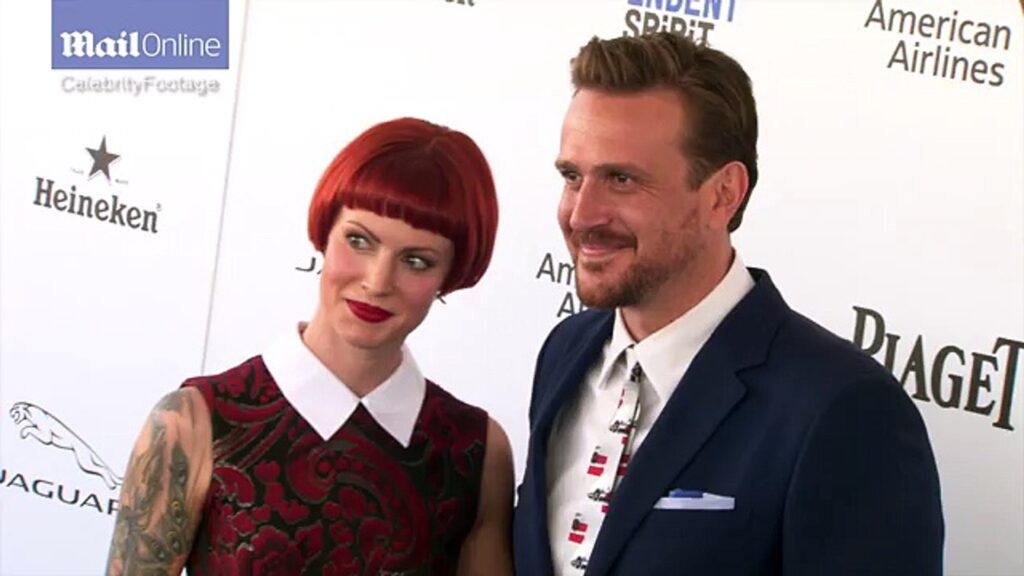 Over and out! After an eight-year relationship, photographer and artist Alexis Mixter has announced her divorce from “How I Met Your Mother” star Jason Segel on Instagram at the end of April 2021. They had already made the decision to go their separate ways with immediate effect some time ago. There will not be a war of the roses, however – they have separated on good terms. As Jason Segel emphasized in conclusion, “I will never stop loving you unconditionally.” 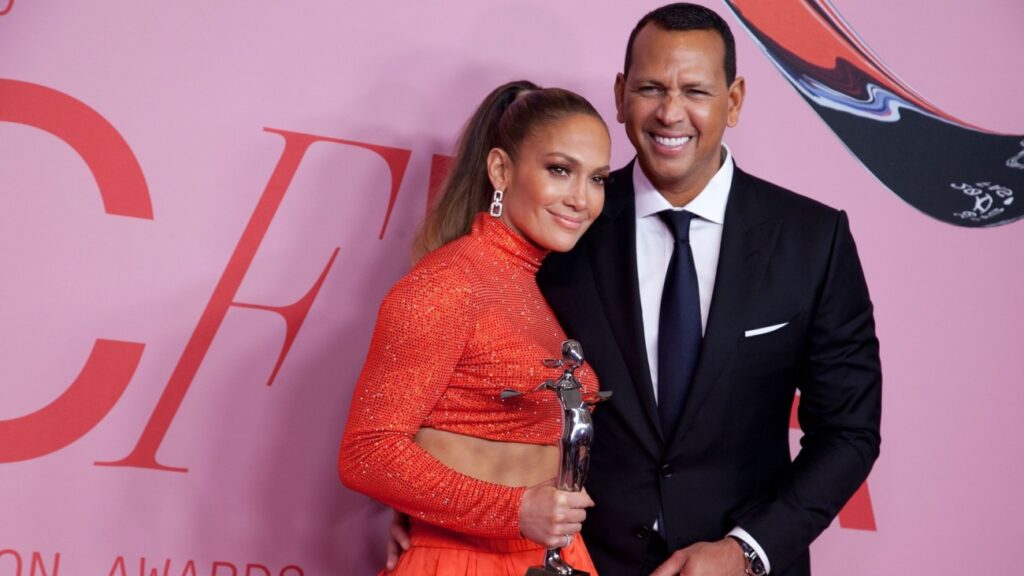 They were engaged in 2019, although that wedding never took place. Meanwhile, Jennifer Lopez and Alex Rodriguez confirmed their breakup after relentless rumors of crisis that pointed to a split. “We have come to realize that we are better as friends and we are hoping to stay that way. We will keep working together and continue to support each other in our shared businesses and projects. We wish each other the best,” they said in a joint statement in which they also asked for respect for their children.

The relationship between the two became worse during the lockdown when they had to seek couple therapy to fix some problems. While the media talked about an alleged breakup, both came out to deny the news on several occasions. However, when the river flows, it carries water. Finally, they have not been able to overcome the crisis they have faced in recent months, in which there has also been talking of alleged cheating on the part of the former baseball player. 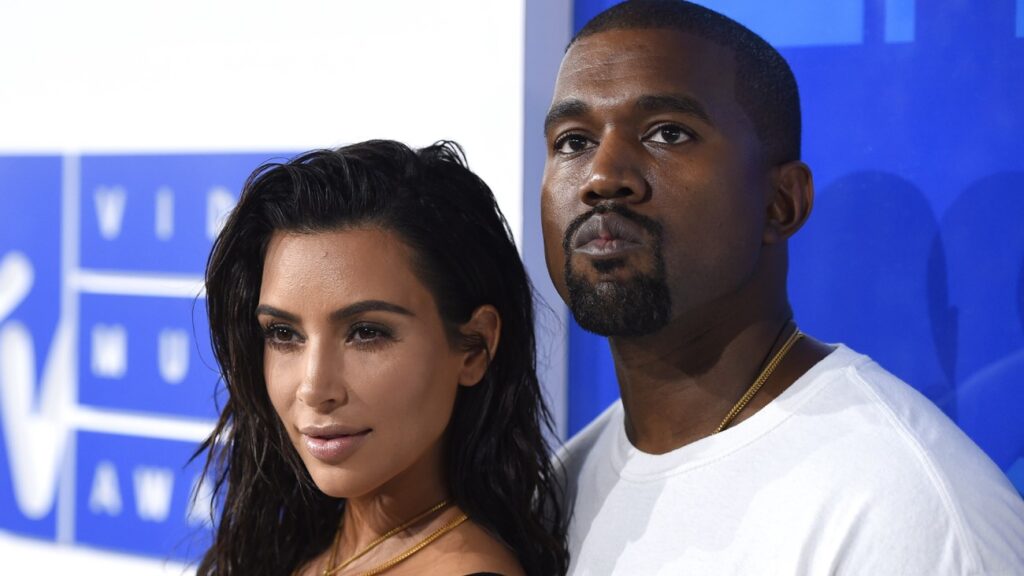 One of the other major stories of January 2021 is the crazy and immediate divorce that Kim Kardashian filed against Kanye West. Although both are handling it very discreetly after so many Kardashian scandals and, above all, all the concern about Kanye West’s mental health, according to Page Six magazine, Kim Kardashian cannot stand the rapper any longer and has asked him to say goodbye to their relationship.

Once the news broke, it didn’t take long for the rumors of why their relationship ended to hit Twitter. The wildest of them refer to Kanye West’s alleged cheating with makeup artist Jeffree Star based on where they live, how long they’ve known each other, etc. We have already written an article about the divorce of Kim Kardashian and Kanye West. 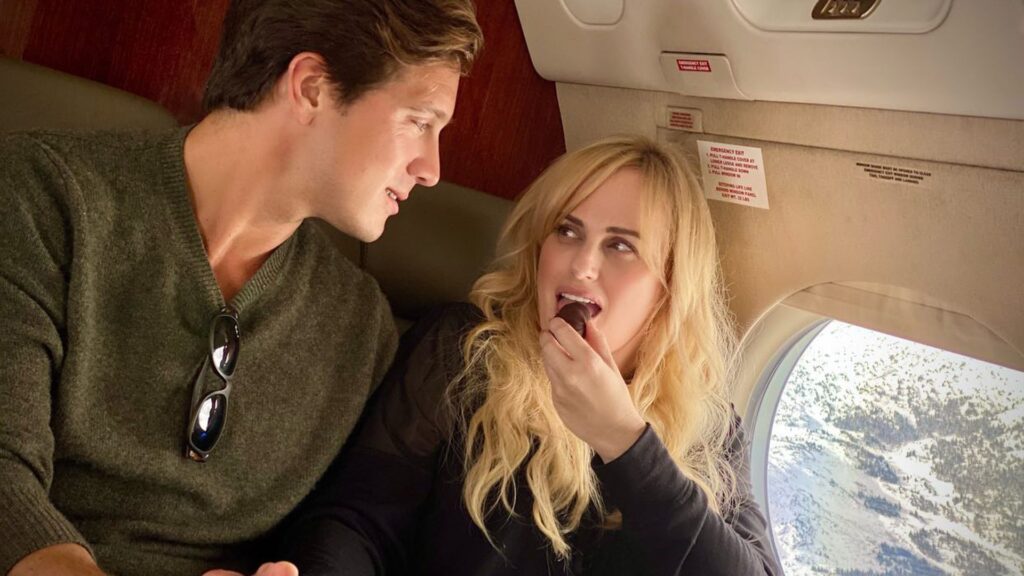 It was not until September 2020 that Australian actress Rebel Wilson revealed her relationship with entrepreneur Jacob Busch – however, by February 2021, everything is supposed to be over and done with. Following a report in People magazine about the breakup, the 40-year-old took a stand via Instagram and published a post that she tagged with #singlegirl. Among the closest circle, the separation already seemed to be predictable – as an insider revealed: “Jacob was a great guy, but just not the right guy for her in the long run.” 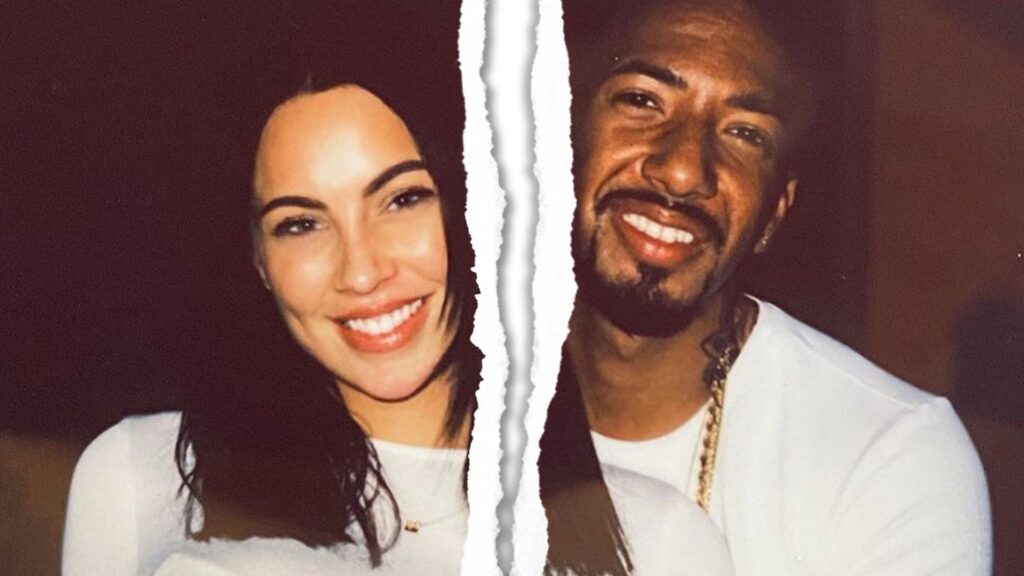 Bayern Munich player Jerome Boateng and model and influencer Kasia Lenhardt had been a couple for almost a year and a half – although the two largely kept their relationship out of the public eye. Therefore, the news that the 32-year-old himself confirmed at the beginning of February 2021 came as all the more of a surprise. He and Kasia had separated.

In an emotional statement in his story, he declared: “As is known from the media, I have ended the relationship with Kasia Lenhardt. From now on, we will go our separate ways. It is unfortunate, for my family and for me it is the only right thing. I had to take this step and draw a line. I would like to apologize to everyone I have hurt. Especially to my ex-girlfriend Rebecca and to our children. I am also very disappointed in myself. A man has to take responsibility and act in the best interest of his family and that’s what I’m doing now. I wish Kasia all the best.”

It was a few days after this announcement that Kasia Lenhardt took her own life and found dead in his apartment in Berlin. Stay tuned for more famous celebrity divorces of 2021! 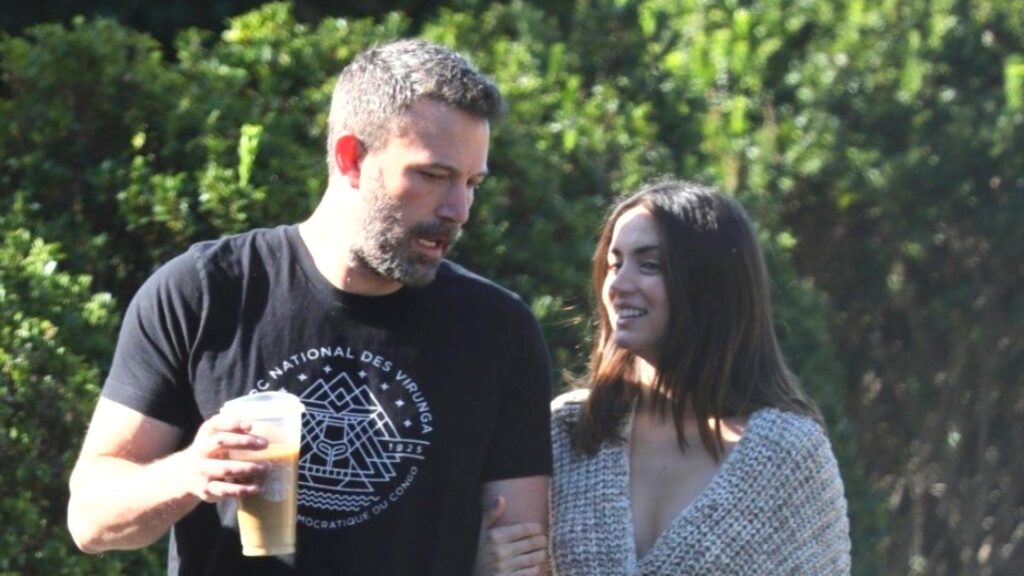 Ben Affleck and Ana de Armas first met each other on the set of “Deep Water” in 2019 – and shortly thereafter fell in love. It wasn’t until December 2020 that Ana finally moved into Ben’s luxury mansion in LA. However, in January 2021 everything between the two was over and done! According to insiders who told the US “People” magazine, the actress ended the relationship on the phone.

Although she still loves Ben, she sees no future together with him – what a pity! For love there is no age and the Cuban’s sweet love affair with the Batman star is proof of that, since 16 years of difference did not hinder their great chemistry. 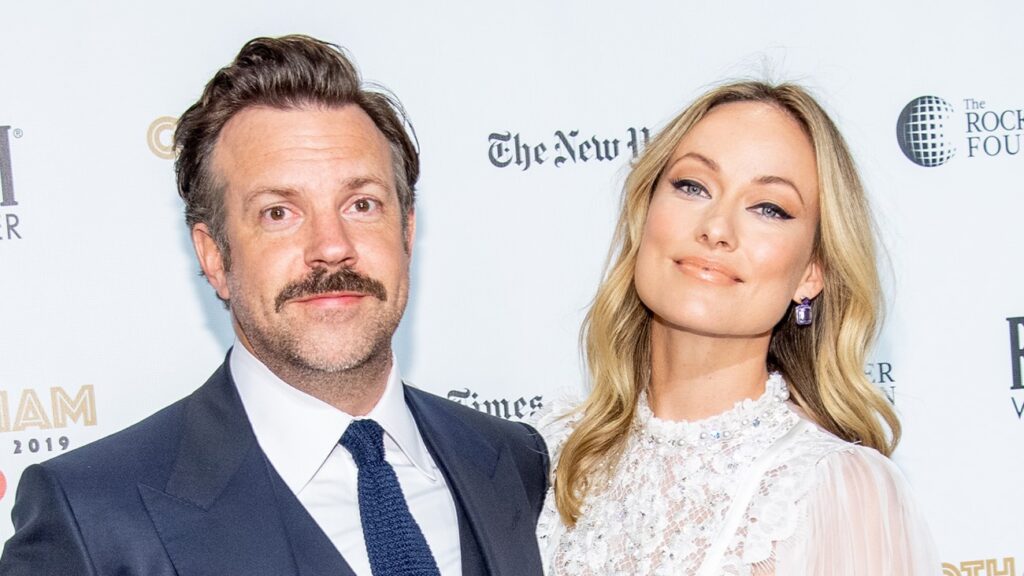 They went from being sweethearts to being part of the most stable relationships in Hollywood; nevertheless, our hopes of seeing Olivia in white were lost when we heard about their breakup. Remy Hadley, who plays Dr Remy Hadley on House and actor Jason Sudeikis still stay in touch because of their two children, Otis and Josephine Sudeikis.

The two seem to want to rebuild their lives after being another of the couples who broke their relationship in 2021 since the actress seems to be dating singer Harry Styles while Jason was linked to Jennifer Aniston. Stay tuned for more famous celebrity divorces of 2021! 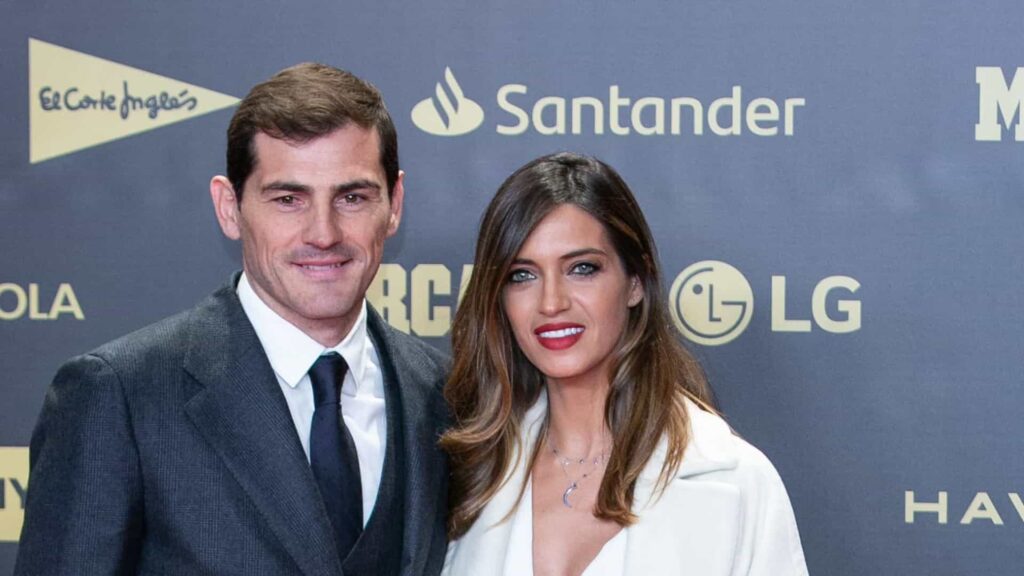 The former Real Madrid goalkeeper and the TV presenter have announced the end of their relationship after a year of constant rumors surrounding both of them. Using a black and white photograph (which they both shared on their Instagram profiles blocking comments), Iker and Sara decided to end their love story of more than 10 years.

They took the decision by mutual agreement and wrote that they were proud to have shared their love for so long: “Today, our love as a couple takes different but not distant paths since we will carry on together in the wonderful task of continuing to be dedicated parents, just as we have done so far. This decision is a very meditated one that we took by mutual agreement”. Furthermore, the couple requested privacy and respect for their intimacy. 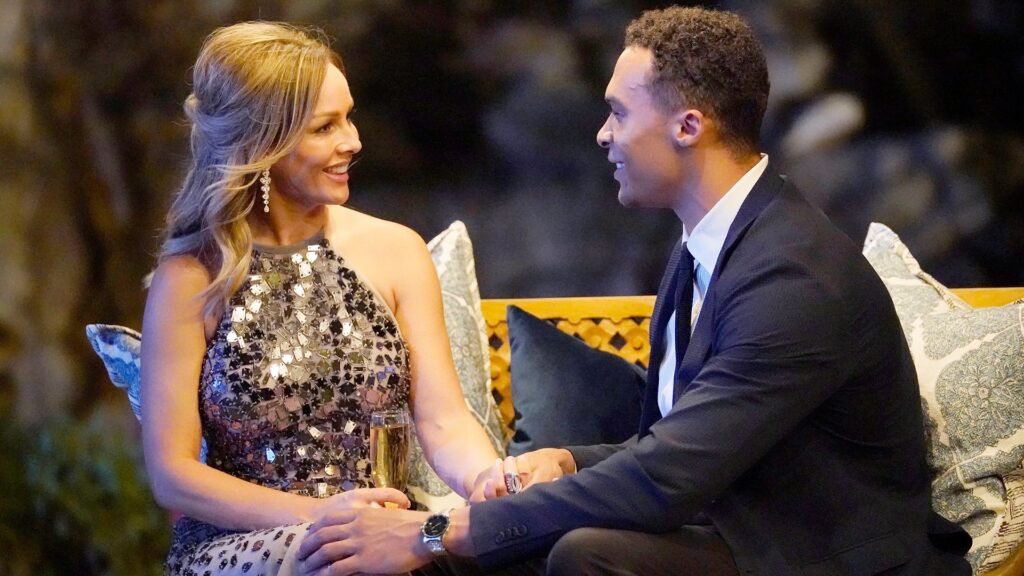 The relationship between the stars of The Bachelorette is over. Hardly two months after their engagement and whirlwind romance on the ABC dating series, Dale Moss announced their breakup.

“I wanted to let you know that Clare and I have chosen to separate,” he said Tuesday, Jan. 19. “We do appreciate the love and support that so many people have sent our way, but this was the healthiest decision for both of us at this time. We sincerely believe in living with love and always staying true to ourselves, which is something our families have taught us and instilled in us our entire lives. We hope only the best for each other.”

Do you know any other famous celebrity divorces and breakups of 2021? Let us know in the comments section below. 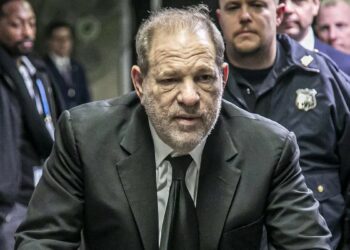