The Sims 4: Players Get the Option To Choose Their Sim’s Sexual Orientation

This option will be also available to owners of the basic version of the game.

The Sims 4 is still getting new DLCs. Recently, it was reported that EA will soon launch a DLC named High School Years along with which other new features will come to the game. Among them will be the ability to choose the sexual orientation of your Sim.

This was announced on the official Electronic Arts website, with SimGuruJessica, the lead designer of the above-mentioned add-on, talking about the changes. Besides the new paid content, owners of the basic version of the game will also receive a free update that will introduce the ability to choose the sexual orientation of their characters. This will be selectable from the Create Sim level.

“For our team, creativity, self-discovery and inclusivity are core values and we aim to celebrate diversity, equality and openness in our groups and communities every day. Keeping this in mind, we are happy to introduce the sexual orientation feature to all Simomaniacs. Through this update, and the recent update adding pronouns, we are taking several steps forward to be a game that respects and celebrates the nuance and diversity of everyday life.

What is important to recognize is that these are only steps in a journey that is still ongoing. There is still much work to be done, and while I can’t get into the details of our future plans at this time, I can assure you that we are committed to continuing to improve our representation of the LGBTQIA+ community.” 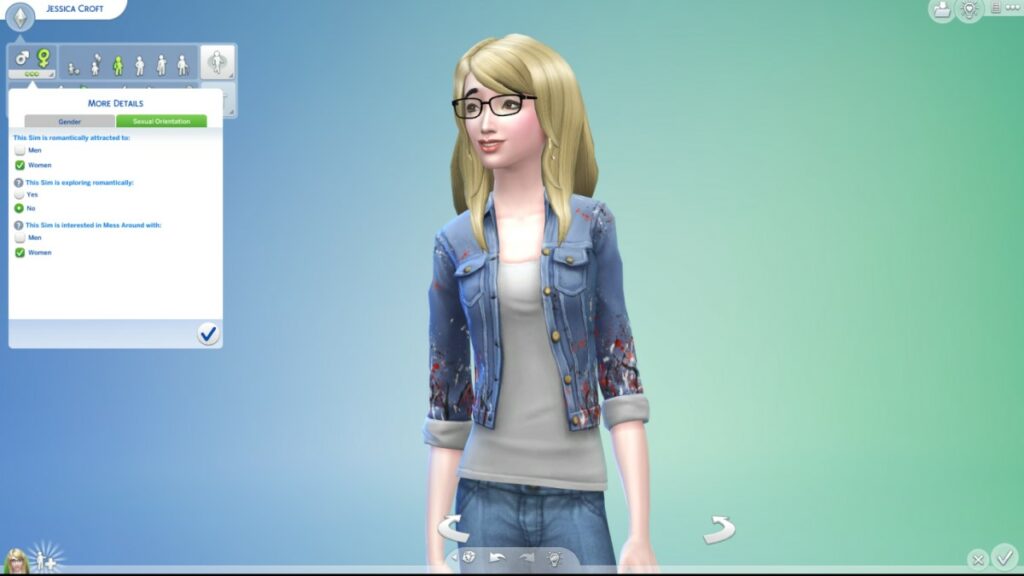 The creator of the DLC also responded to a question about the availability of only two genders. At this point, nothing will change in this regard, as this is supposed to be due to technical limitations.

“This is due to technical limitations. As mentioned above, there are no non-binary Sims in TS4 yet. You will still have to make a binary gender choice for your Sim when creating it, regardless of the pronoun settings. Hopefully, we’ve already demonstrated our commitment to representing gender identities with options such as gender customization, which allows you to modify body shape, clothing preferences, pregnancy options and toilet use. While we see the update introducing pronouns as another important step toward better representation of non-binary genders, we also recognize that pronouns are not the same as gender identities.

The Sims 4 is now 8 years old and is based on systems that were originally developed with binary gender in mind. We have taken important steps over the years, like adding gender personalization features, pronouns, and now sexual orientation. This is a journey that is still ongoing, and much work remains to be done. The next step is to introduce the right systems to fully support non-binary Sims.”

You can find more details about this on EA’s official website. There is more to come, however. What’s also new will be more choice when it comes to the Sims’ hairiness. Should the player so desire, hair will be able to grow practically all over the body. Naturally, there will also be tools to take care of this aspect.

Meanwhile, we would like to remind you that The Sims 4: High School Years will be published later this month – on July 28, on PC, PlayStation 4, PlayStation 5, Xbox One and Xbox Series X/S.