How Does a Virus Go to Sleep, and How We Can Wake Them Up?

Most of us carry it: the cytomegalovirus. Usually, it is harmless and goes to sleep. Now researchers want to know how to wake them up!

Certain viruses can remain dormant in our bodies for the rest of our lives. One of these is the human cytomegalovirus (HCMV). It sometimes wakes up, reproduces and can cause severe damage, such as organ transplant recipients.

It depends on the amount of a specific protein that the virus carries and whether it is more likely to sleep or wake up. A team led by virologist Leor Weinberger of the Gladstone Institutes at the University of California has discovered this. Possibly, one could use the protein pp71 as a switch to wake up the virus and then kill it, write the researchers in the journal “PNAS”.

Cytomegalovirus belongs to the herpes virus family. Like every virus, it requires various proteins to replicate in our cells. The blueprint for this is carried in its genetic material. It needs the protein pp71 to be read.

This protein is located in the so-called tegument layer between the outer envelope and the well-packaged genetic material inside the virus. When researchers looked at some HCMV particles under a special microscope, they noticed that some carried up to 40 times more pp71 than others. Those viruses appeared to be significantly more infectious and able to replicate better than those with little pp71, as the team observed in cell culture experiments.

So, assuming pp71-rich viruses are more successful, how come there are virus particles with little pp71 in the first place? “We suspect that these viruses have an advantage under certain conditions,” Sonali Chaturvedi, the study’s first author, says in a news release. Researchers compared the distribution of the viral protein to the strategy of financial firms, which allocate their capital across multiple positions to minimize the risk of a stock market crash.

The team’s further experiments confirmed this suspicion: Viruses that do not have enough pp71 to kick-start the expression of their genes apparently go dormant and hope for better times. Specialists refer to this as latency.

This is also the state of mind of other viruses, for example, the herpes viruses that give us unpleasant cold sores and the human immunodeficiency virus (HIV). It is unclear to researchers what causes the latency to be broken and the viruses to be activated. Often it happens when the host’s immune system is weakened by infection with another pathogen or suppressed by drugs. 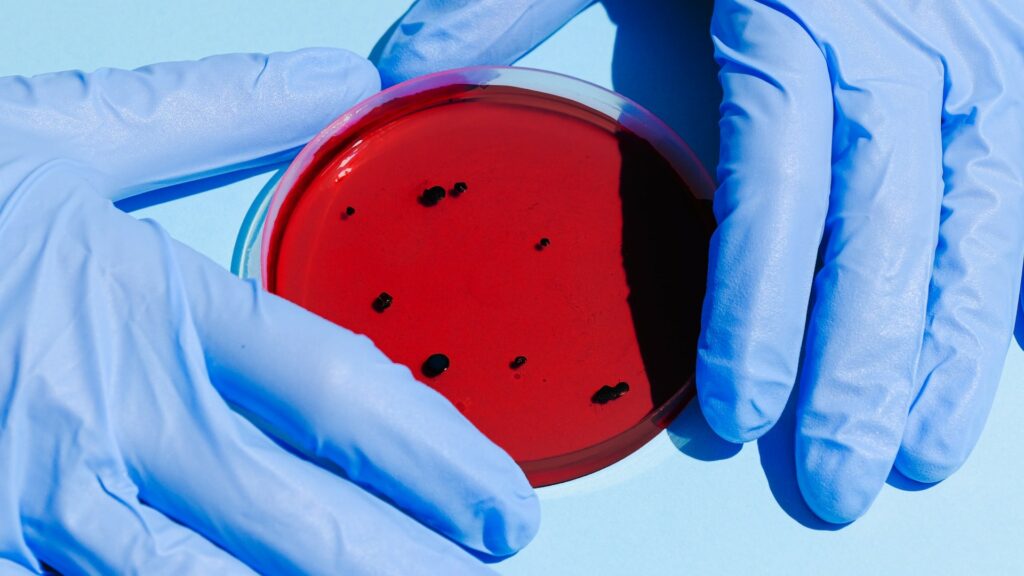 If viruses are not actively replicating, it’s hard for our immune system to track them down. That also makes it extremely difficult to fight the infection with drugs. That’s because most agents target tools that the virus uses to reproduce.

Understanding the phenomenon of latency better could help researchers and pharmaceutical companies develop treatments to eliminate the active viruses in a person’s body and the latent ones.

HCMV’s tegument protein might be a place to start: maybe administering pp71 or a derivative of it could wake up the virus and cause it to replicate, thus making it vulnerable to attack, researchers speculate. Whether the virus can take up the foreign protein at all, though, is debatable. The reverse approach would block the protein, thus forcing the virus permanently into latency.

As with HIV, there is no vaccine against HCMV to date. In the event of a disease, one can inhibit the multiplication of the virus utilizing antiviral drugs. However, this is not necessary in most cases.

Between 50 and 70 percent of all adults are infected with the cytomegalovirus – most of them do not even notice it. However, in people with weakened immune systems, it can cause complications, organ damage, or even death.

When a pregnant woman first becomes infected with HCMV, she can transmit the virus to the baby. This can cause permanent damage, particularly in the first trimester of pregnancy: The baby may grow more slowly, and the development of the brain and hearing may also be impaired.