Recently, teenage versions of famous Non playable Characters from the world of The Sims 4 have become more popular.

The past month in The Sims community has been marked by teenagers. They were the focus of the latest addition to The Sims 4, and it was all centered on the school, teenage years.

Developers have done their best to promote their new creation. Some very interesting interviews, posts and collaborations were produced, yet one thing captured the community’s interest the most. It was about the iconic characters of the game, which any player of the Sims 4 knows very well.

The other day the creators provided an interesting post that showed the chronicle of Copperdale High School. There it featured photos of students, and they included Nancy Landgraab, Mortimer Goth and Eliza Hastings (Pancakes).

That post caused a firestorm among fans of the series, who were excited about their appearance and the fact that the developers showed their alternative looks of their youthful years. 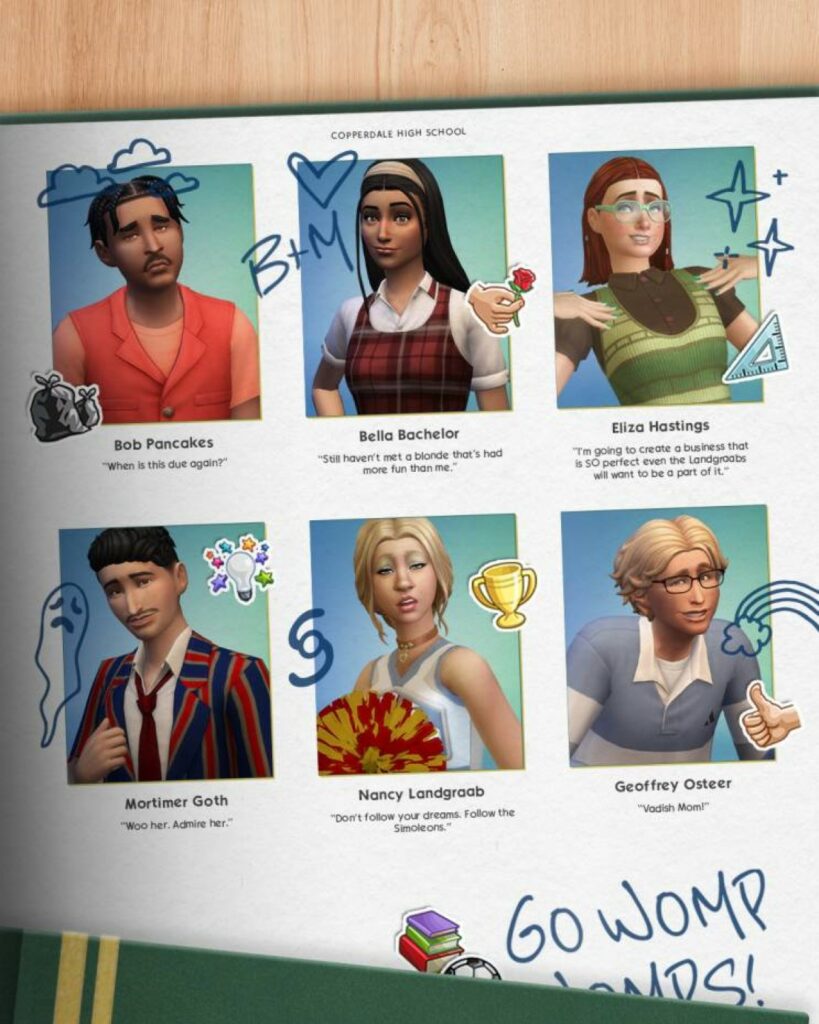 They are now officially playable

Many people have been wondering whether the alternate looks of the iconic characters from The Sims 4 were merely created for graphics and social media advertising, or if they will be officially available in the game.

Sadly, apart from the announced main characters of the new add-on, the teenage versions of the NPCs from Willow Cove and Spa Oasis made no appearance at the launch of The Sims 4 High School Years.

But the game’s developers chose to go easy on players and make the entire family available in the Gallery a few days after the release of the teenage add-on. There we can find all the characters featured in the above School Chronicle, namely:

The family, which is officially named “Copperdale Class of ’00,” can be downloaded from this link. It is worth considering, however, that the Sims are developed using the base game and the latest add-on, High School Years.

That means that if you do not have this expansion, the downloaded family will not contain objects from this add-on, namely hairstyles, clothes, features and aspirations.

Johnny Depp's Girlfriend: Does the Actor Have a New Partner?