We played CoD Modern Warfare 2 beta: It is Evolution instead of revolution!

by Gazettely Editorial
in Games, News, PC Games, PlayStation, Xbox
Reading Time: 3 mins read
A A
0
Share on FacebookShare on TwitterShare on PinterestShare on WhatsAppShare on Telegram

The Call of Duty series is returning to modern times following a brief tour of the fronts of World War II in Vanguard. The beta test version showed that the developers are taking full advantage of the benefits of modern technology both in the game world, through interesting weaponry, and also in terms of the technical side of the game.

Only multiplayer mode was available in the beta test, and with limited content, nonetheless it gave a good preview of what awaits us in the full version. Most importantly, we played five game modes, of which three are returning classics and two are completely new.

The “team deathmatch” and “find and destroy” modes hardly need to be introduced to veterans of the series. The former is a fierce battle in small arenas, in which the team that fulfills the kill target first wins.

Meanwhile, the latter is similar to the basic Counter Strike game mode where one team must plant a bomb at a specific point, whereas the task of competitors is to stop it from happening or to disarm the activated charge. Then there is “domination,” in which both teams try to maintain control of designated points. 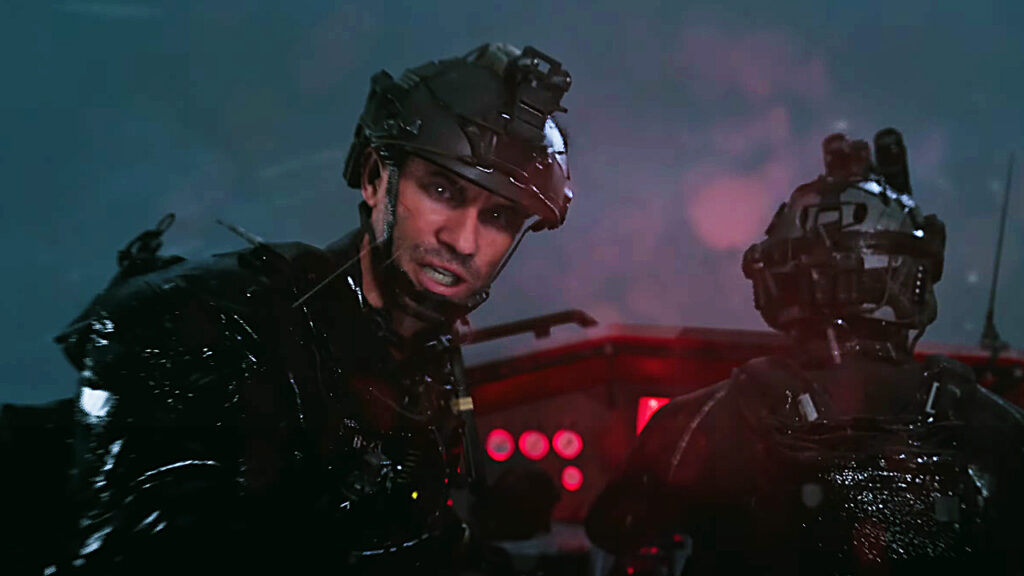 The new modes of play, on the other hand, include “prisoner rescue” and “knockout.” “Rescue” in particular should appeal to fans of Rainbow Six Siege. You will find two hostages on the map, which attackers must pick up and lead to an evacuation point, while the defenders similarly try to prevent this from happening.

The knockout, on the other hand, can be compared to the classic “capture the flag,” however, in this case the flag is one and two teams fight over it. Whichever side eliminates all enemies or is in control of the pack at the end of the round wins.

Regarding gameplay mechanics, here we are dealing with a proven formula famous from the previous Modern Warfare or Warzone, even though there are a few changes and novelties, for example, dodging or the inability to move left and right after embedding a weapon on a wall.

However, even players who are returning to the series following a long break will soon feel right at home. As usual, the matches are spectacular, dynamic and the scales of victory at any time can tip in favor of one of the sides.

Returning to modern atmosphere, of course, offers access to many useful gadgets, including remote cameras and radars, electromagnetic pulses to disable the HUD, or the inflatable decoy or pulse detector that was mentioned in the trailer, returning from the original MW.

What we have to acknowledge here is that the developers are right, that there is something for everyone among the available add-ons, and that experimenting with different equipment configurations is entertaining for hours.

During the beta version you could also play with the revamped weapon modification screen and this one, unfortunately, was somewhat of a disappointment for us.

Although you can indeed alter all the most essential elements of a rifle or pistol, your weapon can only contain five active modifications at a time.

While we do understand that this is due to the need to balance the game and the developers are banking on the system from the previous part, it nevertheless prevents the kind of in-depth customization we were hoping for.

Which is a shame, since the mechanics could provide weapons and gunsmithing enthusiasts with no less fun than during the actual battle.

For now, the beta is only available on PlayStation, and one thing we can confirm is that technically, the game makes full use of the PS5’s capabilities.

The loading times are fabulously short, while the game itself looks fantastic as well, featuring visuals worthy of a big-budget title and even running at 120 frames per second.

Finally, we didn’t encounter glitches, although there were sometimes noticeable “popping” of objects in front of us, and even on small maps. Nevertheless, we believe that this will be fixed by the release.

The Modern Warfare 2 is not a revolution, but rather a smooth evolution of a proven format. Although there was a bit of a break from the Call of Duty series for me, there was no problem finding my way around the latest installment, and I quickly found all the familiar elements.

As a “PC gamer,” it also pleased me greatly that the game’s PS5 release fully supports keyboard and mouse play. What do you think about this game? Let us know in the comments below.