According to the showrunner of the "Game of Thrones" reboot prequel, each will be different

by Gazettely Editorial
in Entertainment, TV Shows
Reading Time: 2 mins read
A A
0
Share on FacebookShare on TwitterShare on PinterestShare on WhatsAppShare on Telegram

The Internet has been new information on the internet about the upcoming prequel to the iconic “Game of Thrones,” namely “House of the Dragon,” focusing on the Targaryen family.

The series created by Ryan Condal and author of the saga’s book prototype George R.R. Martin will appear on HBO Max later this month. This time, we got reports of dragons playing an important role in the production.

We’ll see as many as 9 dragons in the show, each one will be unique

Showrunners of the first “Game of Thrones” spin-off are the aforementioned Condal and Miguel Sapochnik, that is, director of individual episodes of the main series of the fantasy saga. It is the second of the men who spoke in detail about the presence of dragons in the production.

During an interview with Empire magazine, Sapochnik confessed that of the 17 various dragons present in the prequel, in the first season of the series viewers will see as many as nine creatures. Moreover, each will be distinguished by something.

Every new dragon has its own personality. That’s what we are currently working on in the final phase of our animation – introducing individual character traits on each of the dragons. One has a leg problem. Another dragon is much more like an eagle, because she is neurotic in a way. And still another is like a grumpy old grandmother. 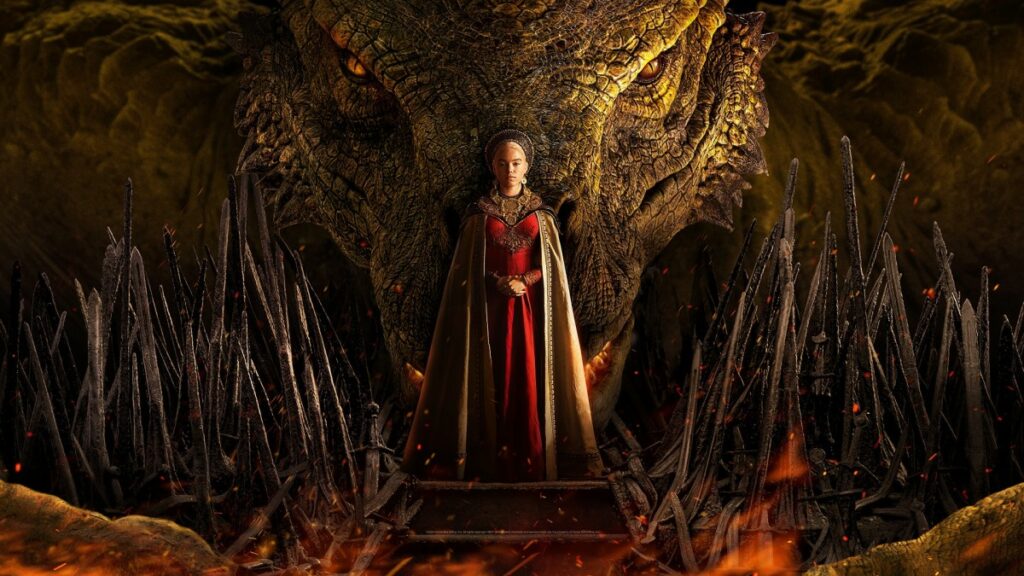 In that same conversation, Sapochnik also touched on the challenges the special effects team faced in bringing the new beasts to life. He said that one of the biggest hurdles was trying to break away from the iconic Drogon model, and that was to create a number of different designs for the dragons present in the prequel.

The creators, however, chose to render the original dragon design from “Game of Thrones” and, as it were, to sketch based on it.

I have a notebook like this, with hundreds of conceptual designs. First thing you want is not to repeat Drogon. So, what I came up with was a whole theory about how there were three different kinds of dragons, just based on their different skulls. We ran into these kinds of ideas. But eventually we came back to Drogon. There is something about Drogon, it is like the Millennium Falcon.

Plot and cast of the “Game of Thrones” prequel

The story of “House of the Dragon” is set 200 years before the events of the first season of “Game of Thrones.”

This series will tell the story of King Viserys Targaryen (played by Paddy Considine), who has to appoint his heir. The competition for the Iron Throne will be between his daughter, Princess Rhaenyry Targaryen (Emma D’Arcy) and brother, Crown Prince Daemon Targaryen (Matt Smith).

Besides the aforementioned creators, “House of the Dragon” production responsibilities include Sara Hess and the directors of the individual episodes: Clare Kilner, Geeta V. Patel and Greg Yaitanes.

The first episode of the planned “Game of Thrones” prequel will debut on the HBO Max platform on August 21 exactly. The entirety of Season 1 will consist of ten episodes.