From virtual mirrors to augmented reality in the Head-Up Display.

by Gazettely Editorial
in Cars, Featured
Reading Time: 5 mins read
A A
0 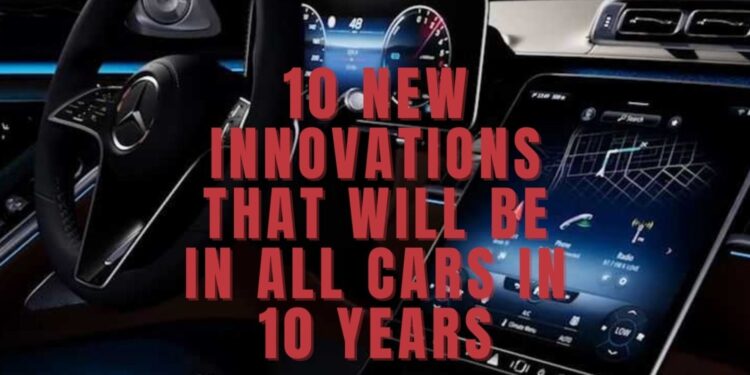 Automobiles are undoubtedly becoming more sophisticated every day. Some years ago, when we got into our car, there may have been a boom box, a CD changer, a manual handbrake release or simply a cigarette lighter, yet all of this has been disappearing in the face of more modern technologies and innovations.

Today, car manufacturers seem to be obsessed with digital and screens. Some are aiming for the biggest screens on the market, Tesla-style, meanwhile others like Mercedes-Benz or even Porsche are seeking to offer as many monitors as possible (the new S-Class has five, for example), while BMW is already working on curved screens.

Thus, technology in the automotive world is constantly evolving, and our cars are likely to incorporate, in a few years’ time, all the new equipment features that seem to be the most innovative today. Here we take a look at some of these solutions that could become an industry standard. Are you ready for 10 new innovations that will be in all cars in 10 years? Stay tuned! 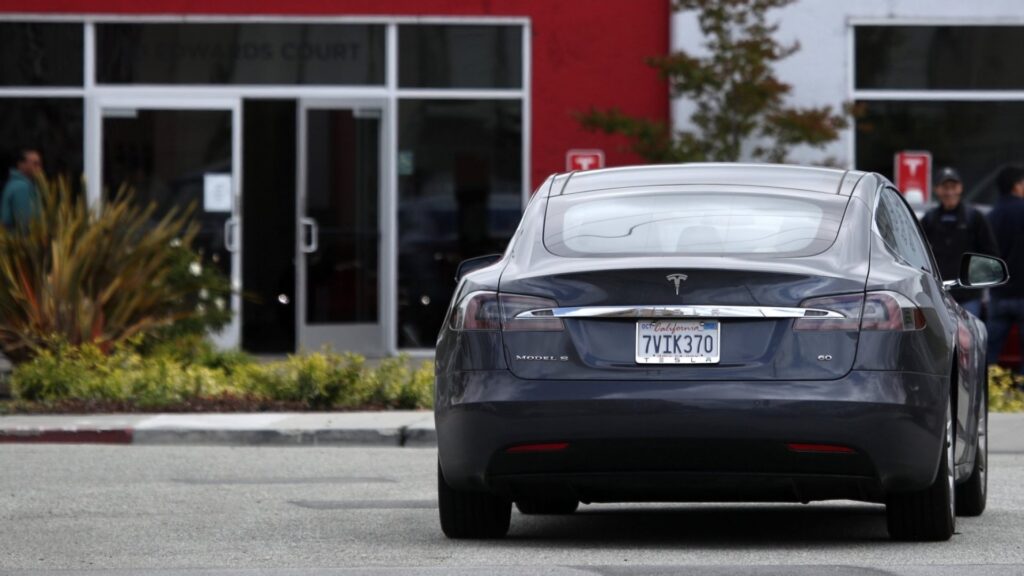 Suppose you drive out of a building and rather than going to a car park to pick up your car, the vehicle itself comes to you. This does exist, and we believe the technology will be in every car in the near future. Tesla calls it Smart Summon and it has already been deployed, but Mercedes-Benz has also announced similar solutions. 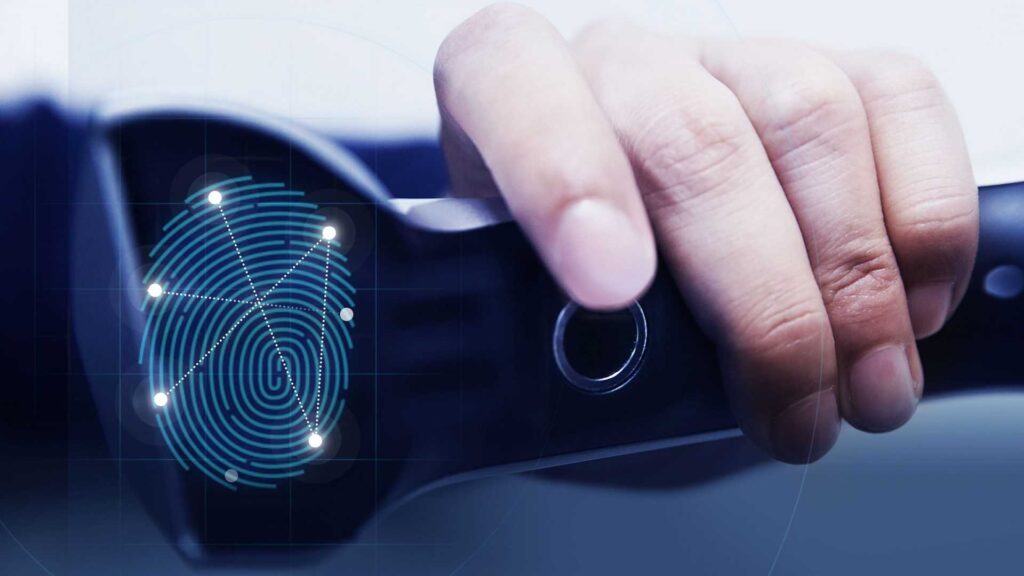 The next tech in our list of 10 new innovations that will be in all cars in 10 years is a pure German idea! 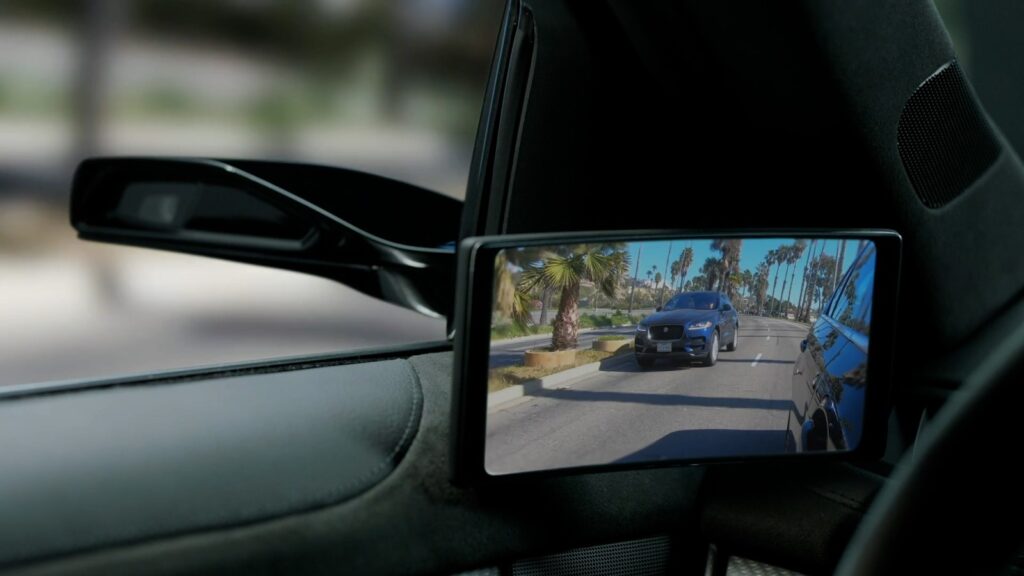 You probably already know about digital or virtual mirrors. A number of brands have gone down this route, although it was Audi and Honda, with the Audi e-tron and Honda e, that put this type of device on the road first. Essentially, there are cameras instead of mirrors, along with interior displays that show the images from the cameras. 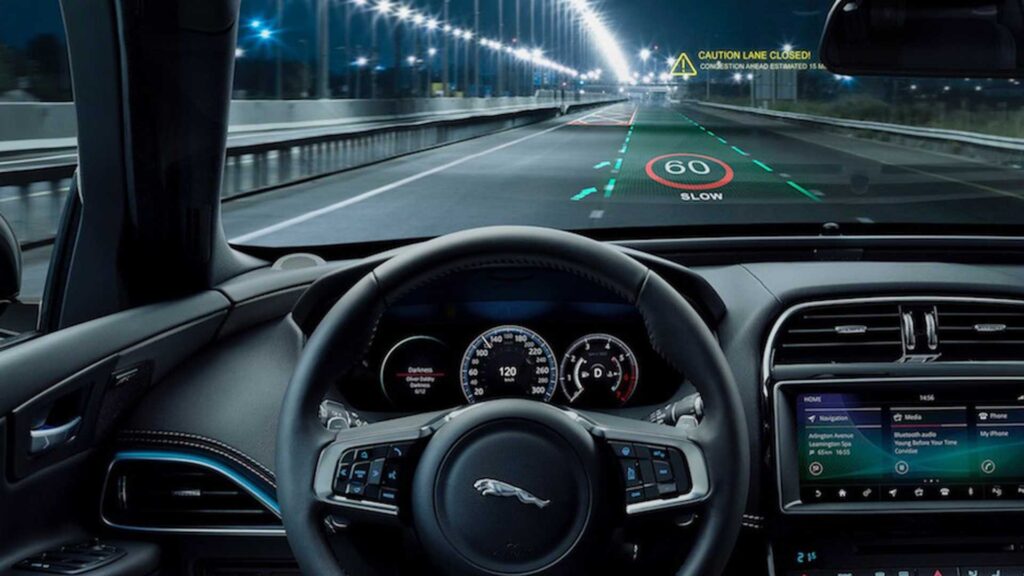 Although head-up display systems, which display information on the windscreen (or on specific plastic mouldings), have become very common in new cars, but the first to display directions with augmented reality is the system in the new Mercedes-Benz S-Class. This solution is already used by the brand in its navigation systems, which combines real-time images with navigation instructions or directions.

We have seen the next tech in our list of 10 new innovations that will be in all cars in 10 years in Tesla cars. 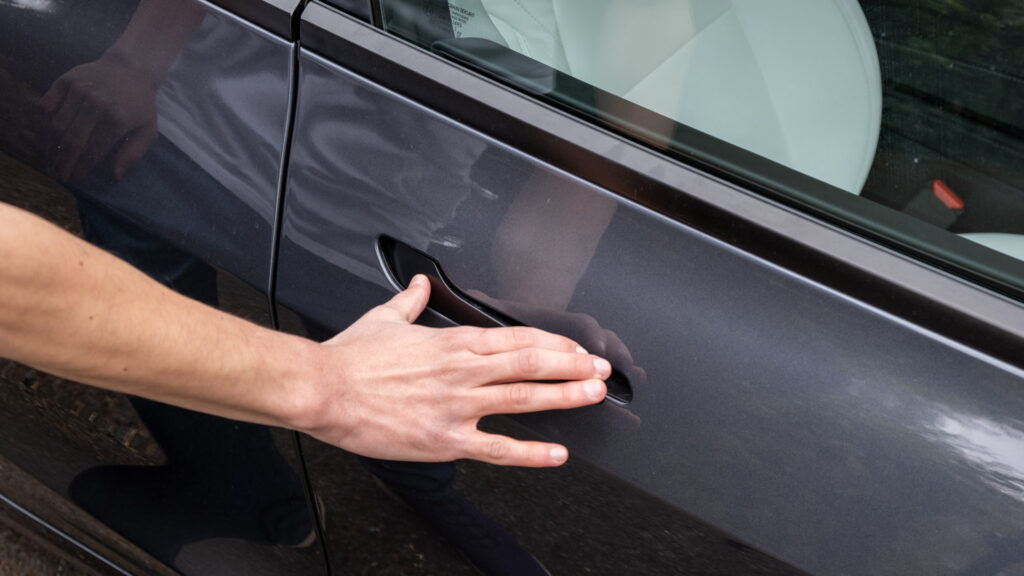 Retractable or flip-up door handles have both an aerodynamic and an aesthetic function. The handles themselves retract once the vehicle is locked to leave a smooth surface on the doors. Jaguar Land Rover models such as the Jaguar F-TYPE and Range Rover Velar have been using this feature for years, but several Tesla models have also adopted it, as well as the new Mercedes-Benz S-Class. 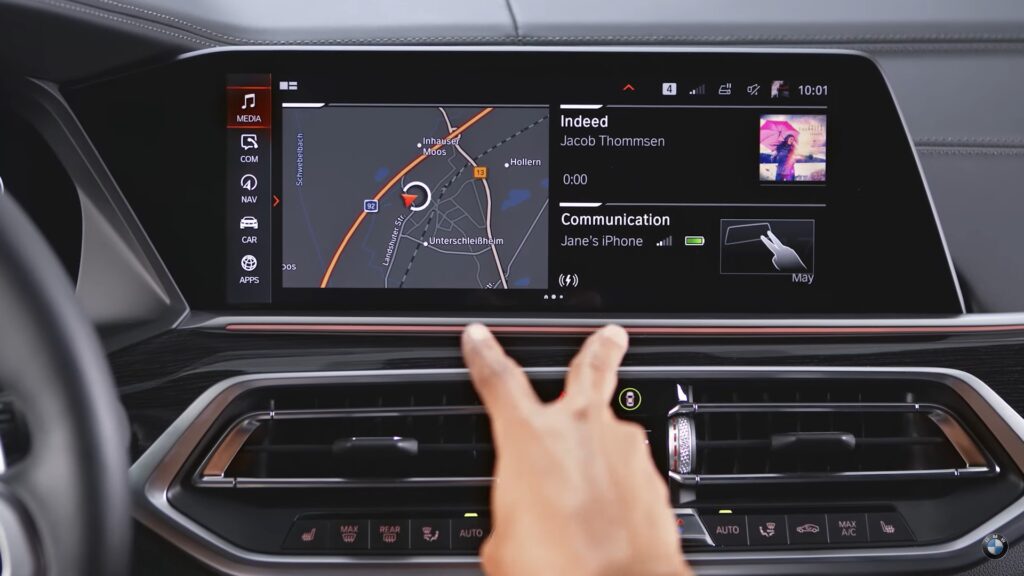 Beyond physical, tactile controls or voice control, a number of BMW models, such as the 7 Series, provide the possibility to increase the volume of the audio system, to change the radio station or to execute various actions via gesture commands, i.e. via predefined gestures.

Next up is another fully German tech in our list of 10 new innovations that will be in all cars in 10 years! 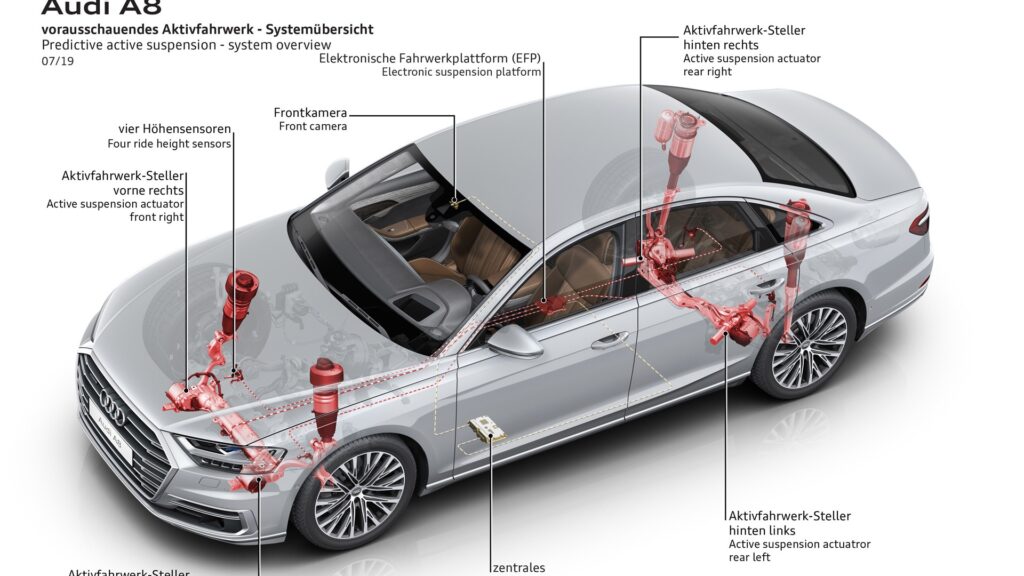 Although active suspension, which can vary in height or stiffness, have been around for a long time, predictive suspension, i.e. capable of altering its behaviour depending on what lies ahead, is new.

One of the most interesting new features is that these systems allow, for instance, the body to be raised several centimetres in the event of a side impact, protecting the occupants as much as possible. This was first seen in the Audi A8, but has also found its way into, for example, the aforementioned S-Class.

The next tech in this list of 10 new innovations that will be in all cars in 10 years reminds us of Russia! What about you? 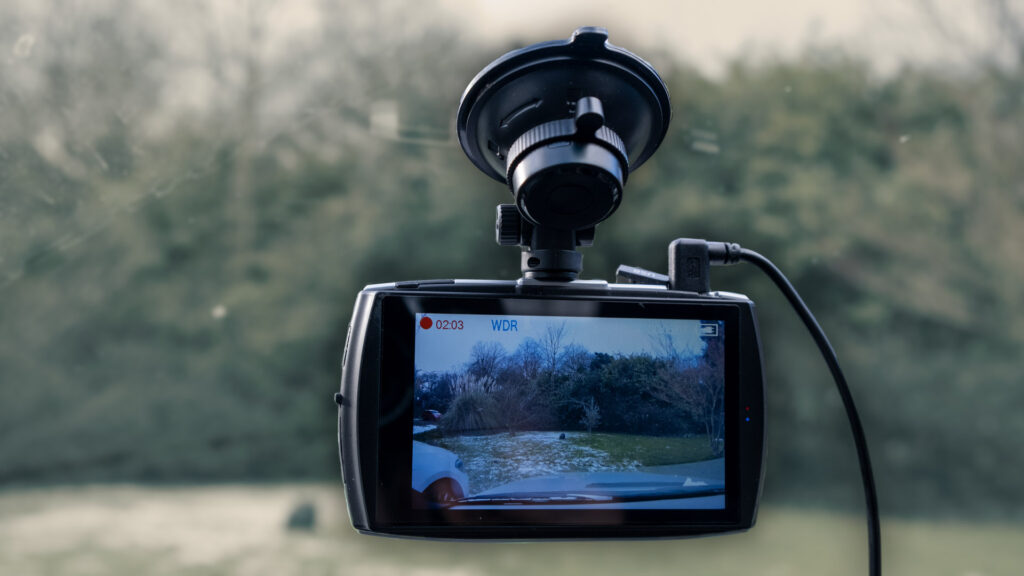 An on-board camera, or dashcam, is a tool that enables you to constantly record the road ahead. They are very useful in case of an accident, and are required by insurance companies in some countries. So far, this type of camera was an external accessory, which the car owner had to install himself.

Tesla, for example, already integrates ‘onboard’ cameras in its cars, which record the road at all times. The Californian firm also has ‘security’ cameras, as the so-called Sentinel mode enables the vehicle’s surroundings to be monitored via the car’s cameras to record acts of vandalism, for example.

The next tech in this list of 10 new innovations that will be in all cars in 10 years shows how Mercedes Benz has contributed to car safety in its history! 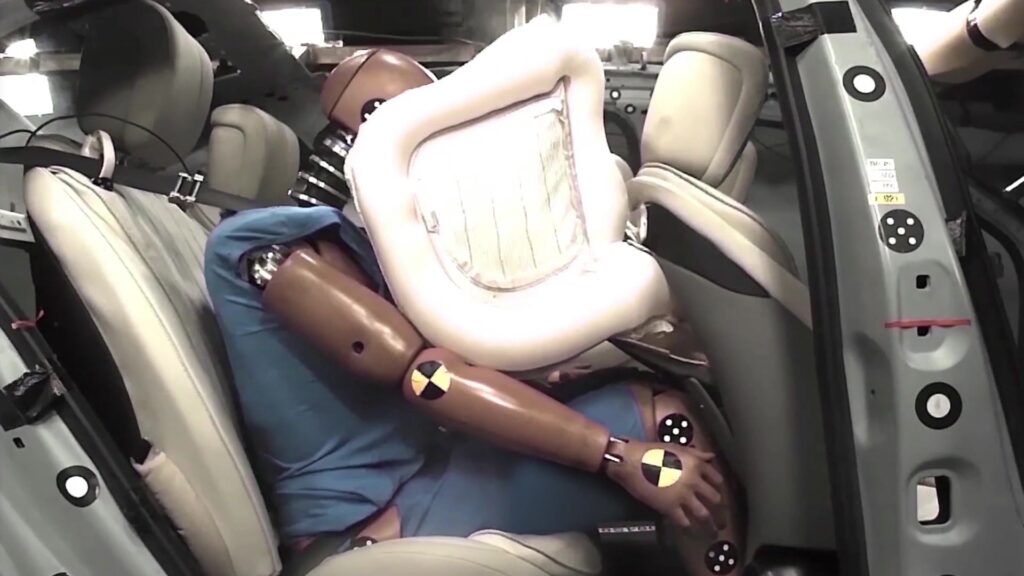 There is nothing new about airbags. In 1980, the Mercedes-Benz S-Class W116 introduced them. But what is new is that the 2020 S-Class has an additional airbag in the rear that has never been seen before. It is positioned in the area behind the front seats to protect the rear occupants in the event of an impact. 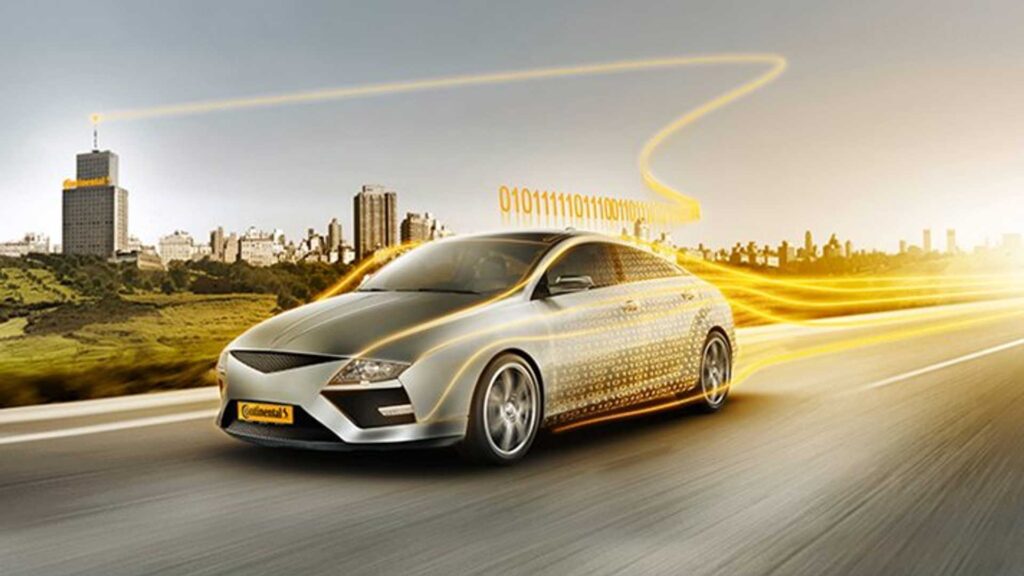 The V2X, Car-to-X or ‘Vehicle-to-Everything’ is a system that enables a car to talk to everything around it. In order to do so with its surroundings, the car is necessarily connected to the Internet. Different types of communication exist: V2I (Vehicle-to-infrastructure), V2V (Vehicle-to-vehicle), V2P (Vehicle-to-pedestrian) and so on. Therefore, this system brings more security by allowing each entity to communicate with the others.

What do you think about all of these 10 new innovations that will be in all cars in 10 years? Lets us know in the comments section below! 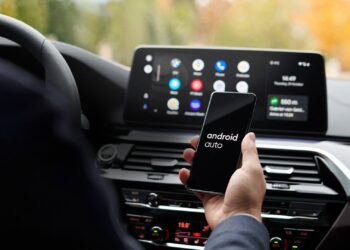 All You Should Know About Android Auto