Russell Crowe will play the exorcist this time!

by Gazettely Editorial
in Entertainment, Movies
Reading Time: 1 min read
A A
0
Share on FacebookShare on TwitterShare on PinterestShare on WhatsAppShare on Telegram

While Russell Crowe recently appeared on movie screens as the comic book equivalent of Zeus, soon the actor will be seen in a completely different role.

The first picture from the production of “The Pope’s Exorcist,” telling the story of one of the most famous exorcists, Gabriele Amorth, portrayed on screen by the “Galdiator” star, has just been surfaced online.

The achievements of Father Gabriele Amorth, the priest who died in 2016 and was said to have performed more than a hundred thousands exorcisms commissioned by the Vatican during his ministry, has been the subject of many publications over the years.

The legendary exorcist was discussed, for example, by William Friedkin, the director of “The Exorcist,” in a documentary film made several years ago, “The Devil and Father Amorth.”

Lord of the Rings: The Rings of Power Now Has an Exact Release Date

The I Am Groot Series Is Now Available on Disney Plus

This production was based on a book written by Gabriele Amorth, which in Poland was published under the title “Confessions of an Exorcist.”

There’s Even More Resident Evil in Dead by Daylight 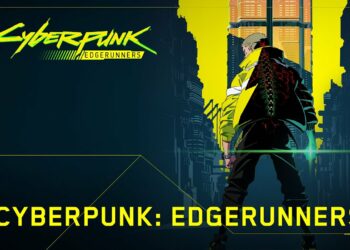 As previously reported, the anime series Cyberpunk: Edgerunners is set to debut next month. However, this time Netflix officials have...

Lord of the Rings: The Rings of Power Now Has an Exact Release Date

The I Am Groot Series Is Now Available on Disney Plus

Joker 2 Is Starting To Take Shape, Another Cast Member Will Return to the Role