Robust multiplayer makes up for weaknesses in the campaign, and zombies

by Gazettely Editorial
in Games, Reviews
Reading Time: 7 mins read
A A
0 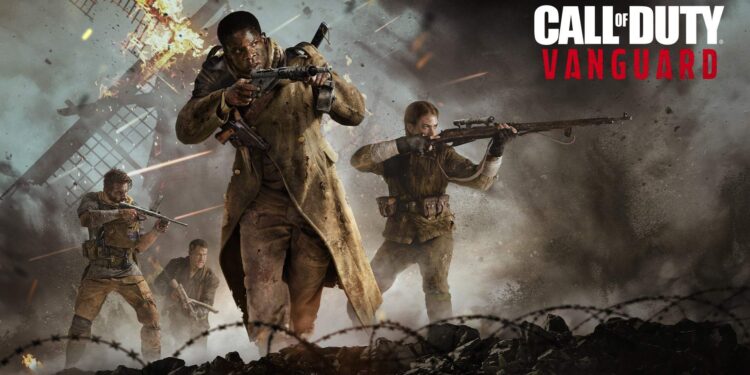 Call of Duty: Vanguard marks a return to the series’ thematic roots. This means a successful staging of already familiar images for the campaign. CoD’s core, multiplayer, can shine with actual merits.

Call of Duty: Vanguard has not only replaced its predecessor Black Ops Cold War with a much shorter name but also changes back to World War 2. You get, as usual, a bombshell single-player campaign, a never-ending zombie mode and the core of every CoD and its multiplayer. Whereas the first two modes turn out to be relatively thin, multiplayer is an absolute blast in terms of content and also gameplay (for now).

Vanguard sees the birth of the Special Forces, and over the course of the story, you take on the roles of a total of four different characters, all of which bring a few playful quirks to the table. The first mission of leader Arthur Kingsley fails, however, leading to the capture of him and his team. 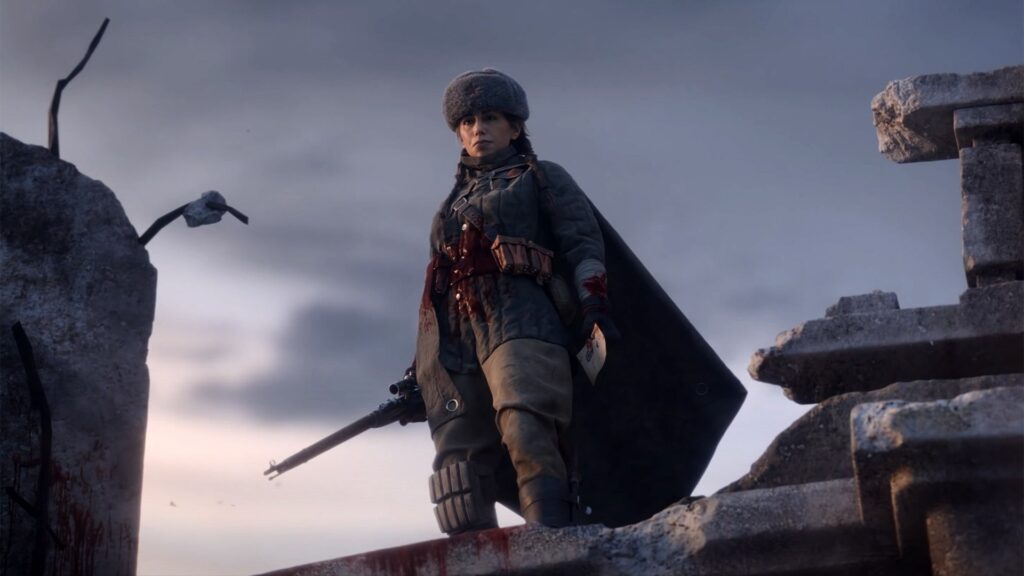 During interrogations, through missions, you learn the backstory of the British soldier Kingsley, Soviet sniper Polina Petrova, the American pilot Wade Jackson and the Australian explosives expert Lucas Riggs. In accordance with these descriptions, some of the four characters’ missions also always turn out.

Antagonists are GESTAPO director Hinrich Freisinger, who is trying to find out what the Allies know about his secret Project Phoenix. During interrogations by specialist Jannick Richter, he finds out that there is a conspiracy among the Nazis.

This campaign is well-staged as usual and captures the atmosphere and thus the horror of the war well in many places. Graphically, everything from the cutscenes to the weapon animations shines in the campaign. The high detail level contributes significantly to the immersion. The CoD campaign is also a real experience combined with the great soundscape.

Sadly, this successful staging is a very short pleasure. Besides, the story doesn’t give much away. You spend most of your time playing the single missions of the four main characters, of which you don’t really get to know any of them in a short time.

You won’t learn much about the birth of the special forces since Vanguard doesn’t tell you the story of how the four of them came together. The same goes for the antagonists’ motivation. After the war, they want to save their own skin, protect Project Phoenix and do the classic Nazi things. They threaten, torture, and try their hand at mind games while fuming. 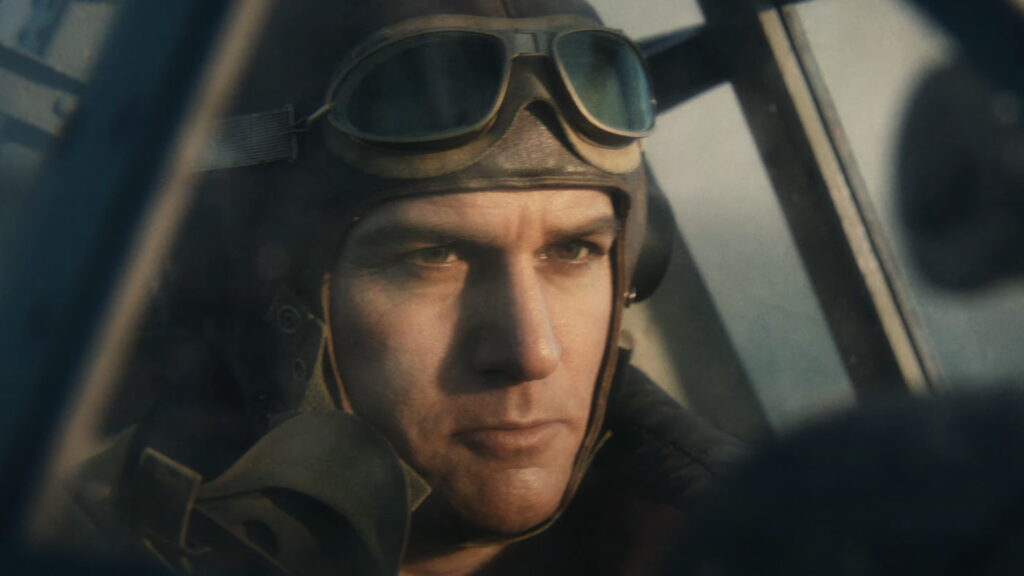 Small spoiler: You won’t find out what this secret project is. In the end, you come across lots of files talking about places worldwide where Nazis want to do Nazi stuff, and when you think things are about to get real, credits start rolling. The entire campaign is far too long of an exposition for a story you won’t experience.

Bottom line, you have seen it all before. That you have probably seldom seen it all so beautifully can only partially console you. No matter how beautiful the atmosphere is and how thrilling the production seems, this story builds something on very thin legs that don’t exist in the end. Unfortunately, the exciting narrative that Cold War used is missing in Vanguard.

The co-op addition to a Call of Duty is usually the zombie mode. This mode tells the prequel to the Dark Aether events from Black Ops Cold War in Vanguard. However, there are a few differences in the gameplay. The Zombie mode now has something like Rogue Lite elements. Starting from a hub in Stalingrad, you start various tasks on other maps through portals. Once you’ve successfully completed them, you return to the hub, unlock new areas, and can upgrade your weapons craft equipment, and add perks. 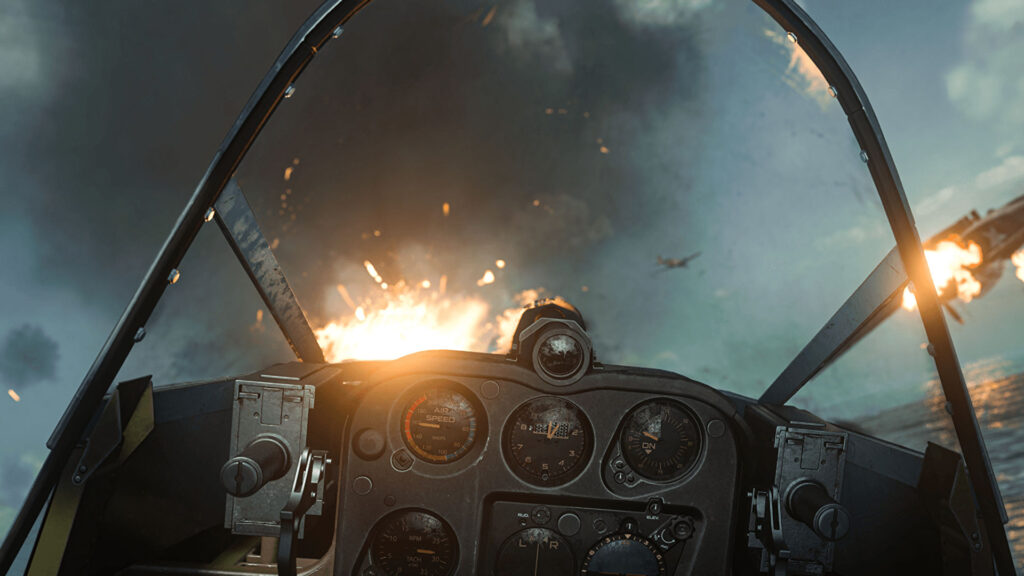 However, only three types of portals and only three enemy types are available. After about an hour, you will have seen just about everything in terms of content. After that, you can, of course, repeat the increasingly complex portals in an endless loop until your team is dead or you activate the portal for the exit. Although the hub mechanic works well and the gameplay itself is fun, things just get very monotonous very quickly.

Vanguard’s multiplayer: a direct hit in the core discipline

After its predecessor Cold War disappointed with too little scope, then Vanguard does exactly that better. Developer Sledgehammer Games delivers more than twice as many maps as Cold War, with a total of 20 maps at launch. On top of that, Champion Hill is an entirely independent mode in which you can compete against other teams in a kind of gunfight tournament, which offers an evident change from the classic multiplayer.

But even here, there is plenty of variety thanks to the new “Combat Pacing”. Players can play the maps in the variants “Tactical”, “Assault”, or “Blitz”, meaning that the number of players changes. Whereas in “Assault”, you’ll find the familiar “6 vs 6”, in “Blitz”, there can be up to 24 game ends, according to the size of the map.

Naturally, more players mean more kills and, therefore, more experience points. As each weapon has a good 70 levels, you will need many. Each level has a new attachment from a total of ten categories waiting for you, and you can use all ten, in contrast to Cold War or Modern Warfare. As usual, the loadout is completed with a secondary weapon, two equipment items, and three perks. Vanguard goes back to the more popular killstreaks compared to Cold War. 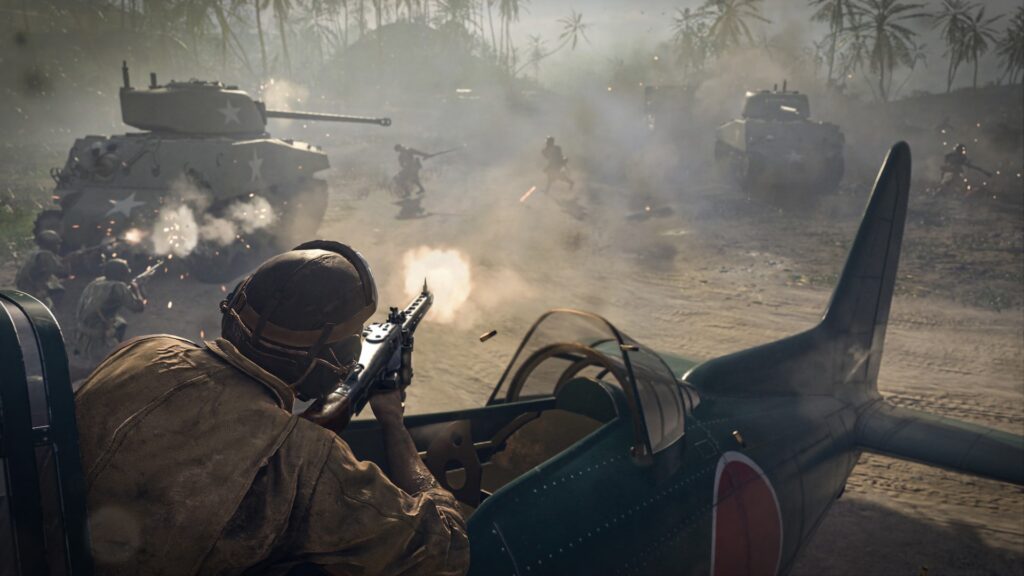 However, you level up through weapons and ranks and through the operators. The operators have their own progression system in Vanguard. Each Operator must first be unlocked via a challenge and can then advance a total of 20 levels. You will unlock cosmetics and other things in the process, which will not give you an unfair advantage over other players.

Also, each Operator has a favorite weapon, which, when used in combination with the Operator, will give you different experience. This new feature motivates you to unlock and use all of the characters, though when you add up the weapons and challenges, it creates quite a mountain of things for which you’ll need to gain experience.

This brings us to a small problem. It will take an extremely long time, particularly for casual players, for everything to be unlocked and all the challenges to be fulfilled. There are just far too many. In addition, there are still a lot of bugs in the challenges. The unlocking of other crosshairs isn’t recorded at all, and even with other challenges, the game won’t register your progress. Some challenges can’t even be completed because, for example, you need to make kills with a special attachment that doesn’t exist for the corresponding weapon. 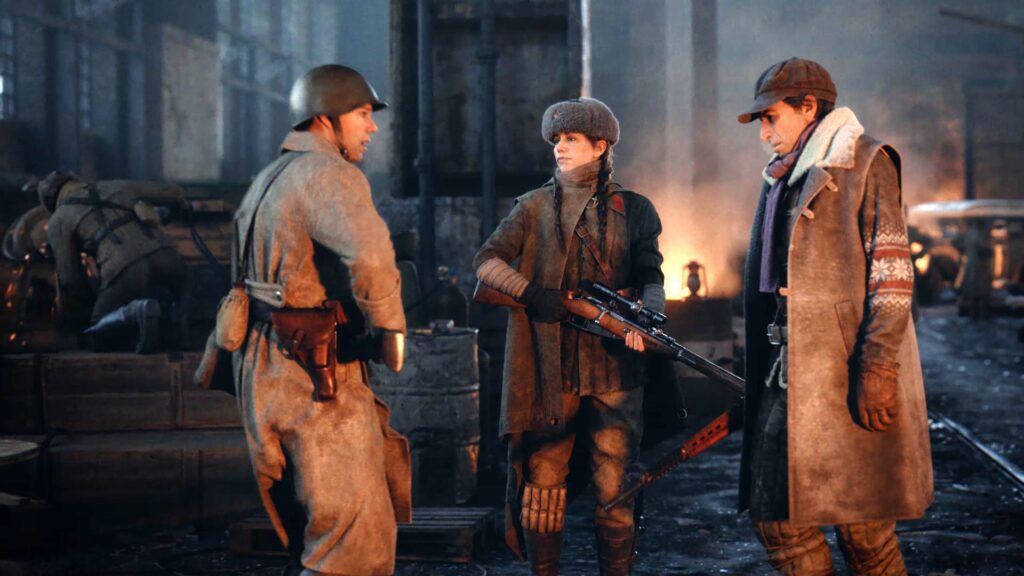 What’s more, Vanguard has a very short time-to-kill (enemies die after very few hits), which might be too fast for some of you. Because of the comparatively high sprint-out time (the time it takes to switch from sprinting to shooting), you are currently always at a bit of a disadvantage if you move around the map a lot and the enemies tend to wait.

There should definitely be some adjustments here. However, you can do this yourself to some extent since the many attachments and ten available slots result in many different ways to play a weapon. Of course, you can look up the best loadouts on your favorite YouTuber or try it out yourself – there’s no shortage of possibilities.

First of all, let’s check off the campaign and the zombie mode. You can expect the usual bombastic and wonderfully staged war action in the campaign. Sadly, there is a lot missing here, and not necessarily in terms of playing time. Between five and seven hours is normal for Call of Duty; however, Vanguard missed the chance to make something bigger out of the exciting characters.

Instead, we get the four main characters getting their introductions and just when the story picks up speed; it’s over. There is little new to see here, with Cold War showing just how good a departure from the standard Call of Duty campaign can do. This is a story that hardly anyone will remember in a few months.

Running into zombies – in addition to your gun runs – is a different problem. This new approach is much more accessible, but this will be less appealing to die-hard fans. As for content, unfortunately, it is lacking everywhere. There is little variety in enemies and tasks, and the most important thing at times, the puzzling in Easter Eggs, is missing entirely. Yeah, this will be added with the first season, but I’m not in a position to judge now what could potentially be good or bad in a few weeks. At launch, Zombie Mode is clearly lacking in rotten meat. 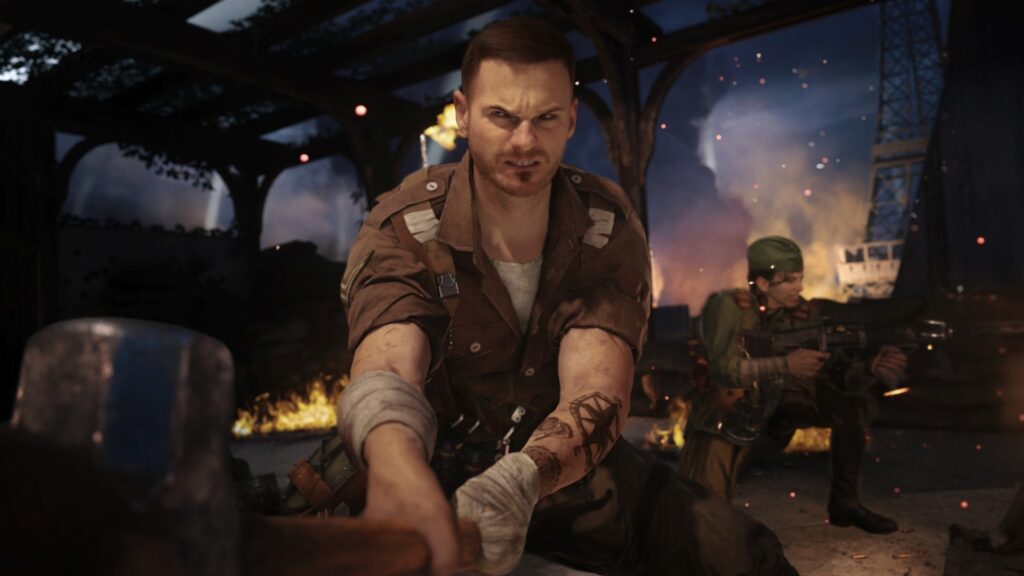 Fortunately, the centerpiece of any CoD is really well done: the multiplayer. There is something for everyone thanks to the high number of maps, pacing variations provide variety, and anyone who has had enough of the normal multiplayer will get a significantly different gaming experience thanks to Champion Hill. Enough weapons are available for every play style, and thanks to the wide selection of attachments, there is never a dull moment.

In fact, there are several loadouts and attachment combinations for a weapon that is actually playable. When it comes to multiplayer, Sledgehammer Games has really hit the mark. Some bugs, especially in the challenges, should be addressed quickly, as they partly limit the game’s progress. Overall, Call of Duty: Vanguard will make the community pleased thanks to a solid multiplayer. It definitely succeeded in my case.

Call of Duty: Vanguard is available for PS5, PS4, Xbox Series X|S, Xbox and PC on November 5, 2021, and offers crossplay for the multiplayer modes.

“Call of Duty: Vanguard’s campaign is usually good, however, uninspired. Zombie mode clearly lacks content, and the new approach is rather a step in the wrong direction for hardcore fans. However, the CoD centerpiece remains multiplayer, and it convinces with great gameplay and fresh ideas.”

4 Tips to Take Care of The Monstera Plants