From Silent Hills to the Agent from Rockstar Games, these are the 10 video games that never got released!

by Gazettely Editorial
in Games
Reading Time: 8 mins read
A A
0 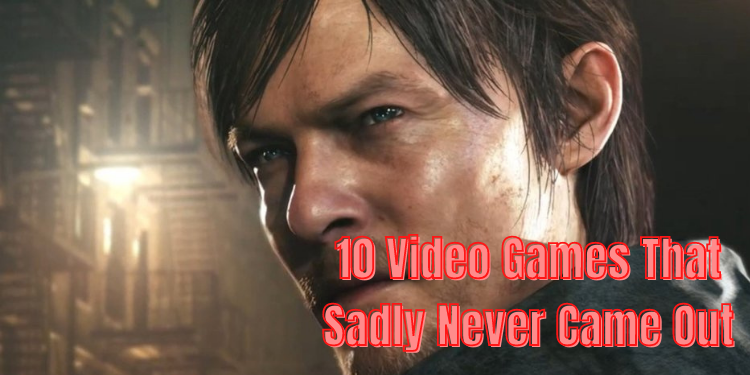 Creating video games is not such an easy task. There are many factors that can make or break a game project. In this gallery, we take a look at games that sadly never released saw the light of day. They will never be forgotten!

A look at the games graveyard

We would like to memorialize in this gallery the projects that never made it to production in the course of their development. There are many different reasons for this: A lack of (wo)man power, a lack of finances, or a lack of inspiration.

We have chosen the most interesting game ideas and shed light on what went wrong on the way to publication. Enjoy! Stay tuned for more in our list of 10 video games that sadly never released! 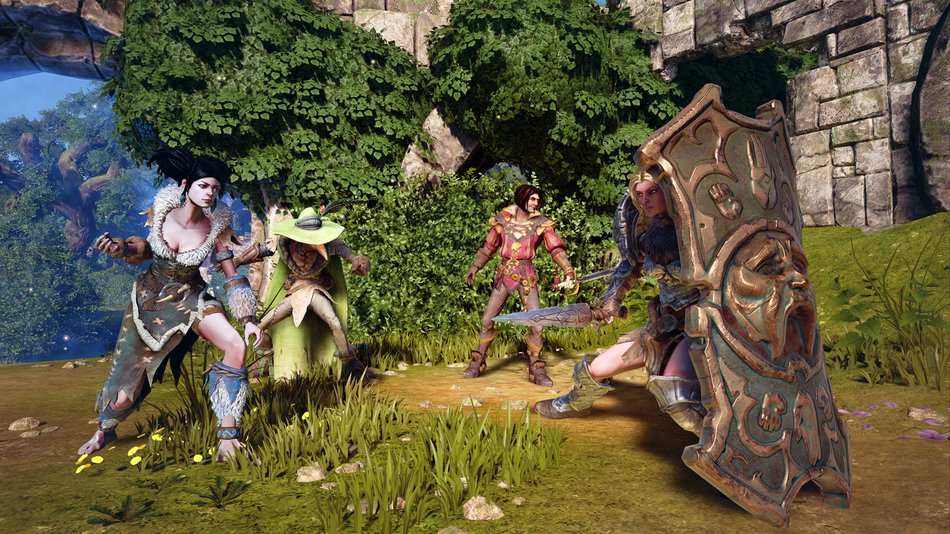 Along with the ambitious Fable Legends, a popular game studio had to die: Lionhead. This studio had different visions than publisher Microsoft.

While the developers were looking to create a role-playing game in the style of Skyrim or Mass Effect, Microsoft was dreaming of a “free-to-play” title that would be regularly updated with new content to bring in money.

In the end, the differences in execution were so great that even several redesigns did not bring about an agreement. The project was then buried in April 2016 and had already swallowed up $75 million by that point. Consequently, Lionhead Studios also had to close down in May 2016. 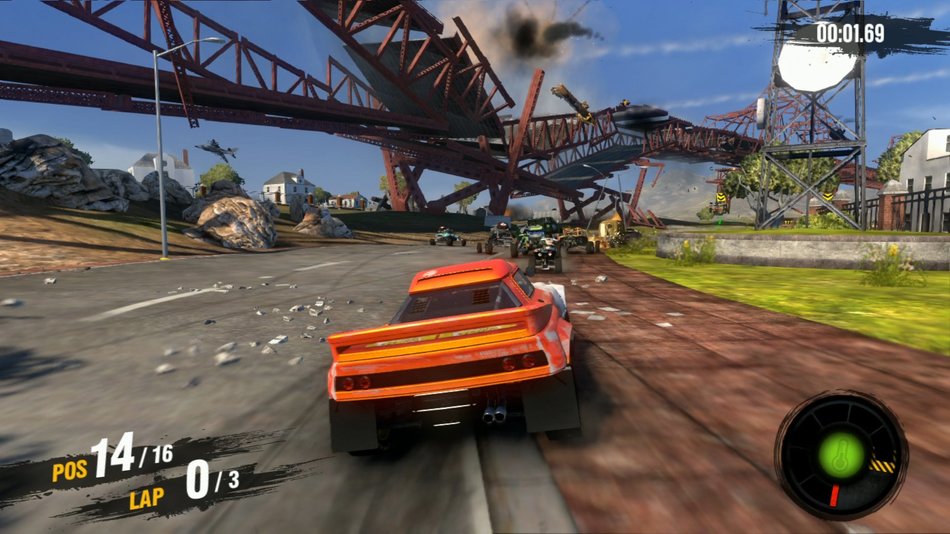 You might ask yourself: How, MotorStorm: Apocalypse has been released? Actually, that’s true. Well, at least for most of the world. The game never saw the light of day in Japan due to special circumstances.

MotorStorm: Apocalypse was planned for release in Japan in March 2011, however, on March 11, Japan was hit by an earthquake followed by a tsunami, which hit large parts of Japan and also caused the nuclear disaster at the Fukushima nuclear power plant. For sympathy reasons, Sony decided to postpone the game indefinitely.

The world in MotorStorm: Apocalypse is hit by natural disasters, which adds a certain spice to your races. This isn’t usually a problem virtually, but considering the tragedy that took place previously, the release seemed inappropriate.

In the end, the initial postponement turned into a decision against the release. Incidentally, this didn’t only affect Japan; New Zealand also had to do without a release after a postponement. In February, an earthquake had also raged there.

Also in the USA and Europe, the release has been postponed due to the events. However, they were finally released there anyway. 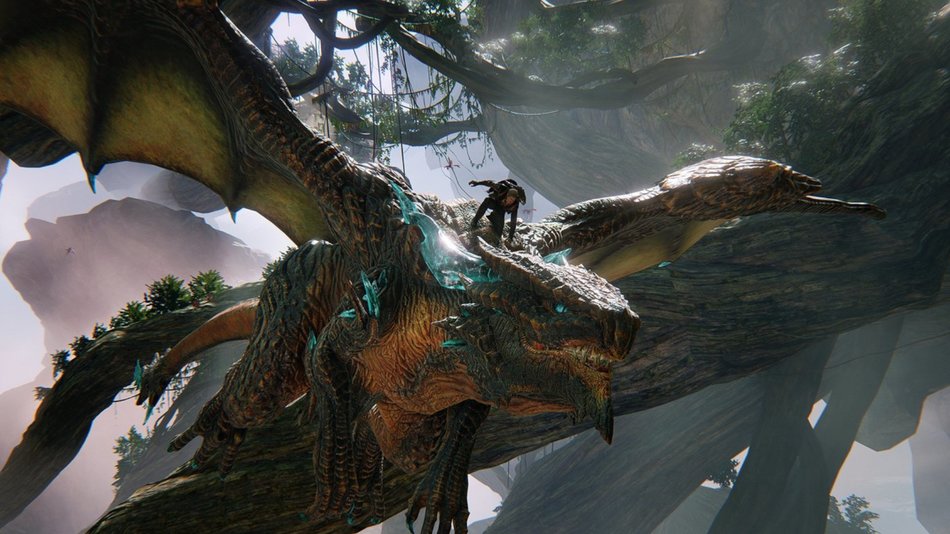 Well, let’s take a look at another game that was destined for doom with Microsoft. Scalebound was going to be a fast-paced action game in which you play Drew, who is linked to his dragon by a magical bond. In 2015, the game was even announced in a big way at Gamescom and was going to be exclusive to the Xbox One.

However, several problems eventually led to the demise of the game, which was hotly anticipated by fans. Platinum Games’ developers were real experts when it came to games with action, but the planned open-world of Scalebound was new territory for the development team.

Their ambitions were high, and in looking back, the game was simply advertised too early. Increasing fan expectations put pressure on the developers, which reportedly even led to high-ranking employees needing a month-long break from the project.

Deadlines started piling up, and neither Microsoft, nor Platinum Games were yet sure if the game would bring the needed success. The plug was finally pulled in January 2017. 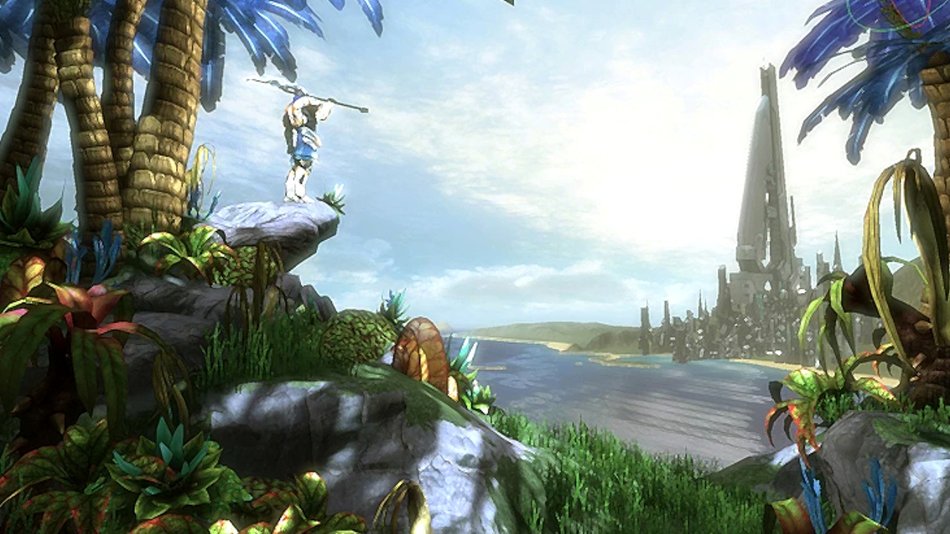 Again Microsoft: Can you imagine Halo as an MMORPG? Back in 2004, when big names like World of Warcraft were enjoying success, Microsoft was looking for a piece of the pie and began developing a role-playing game set in the Halo universe. The project’s codename was simply Titan.

In charge was the studio Ensemble, famous for the “Age of Empires” series. At the same time, the team was working on Halo: Wars, which came out in 2009. While the project was already in an advanced state and there were even gameplay elements, after a change in leadership, Microsoft decided to cancel development.

Evidently, the success of the Nintendo Wii had led the publisher to change its focus in order to appeal to a broader target group. Stay tuned for more in our list of 10 video games that sadly never released! 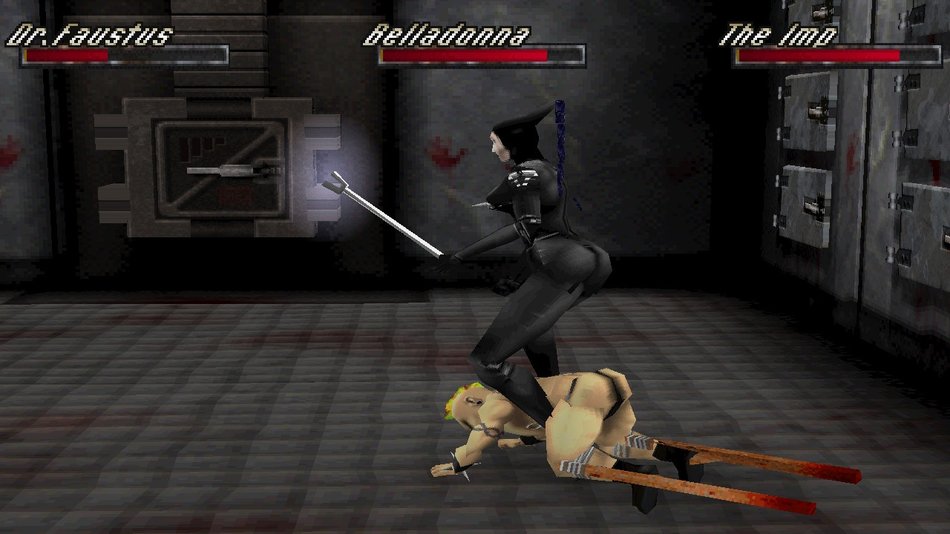 The fighting game Thrill Kill was intended to be released for the PlayStation one and above all it was one thing: bloody. Considering the polygon standards of the time, the game featured an extremely “realistic” portrayal of sheer violence and sex.

Paradox Development was the lead developer, and they were urged by publisher Virgin Interactive to make the game even more extreme in terms of content. At the time, this portrayal of obscenity earned the game a fan base while it was still in development and the first-ever “Adults Only” rating from the American ESRB.

When EA took over the licensing rights, the game’s content would eventually spell the end for the project. The publisher did not want to risk its image with such a brutal game. The basic framework of the game was, however, reused in Wu-Tang: Shaolin Style and the work was thus not completely lost. Stay tuned for more in our list of 10 video games that sadly never released! 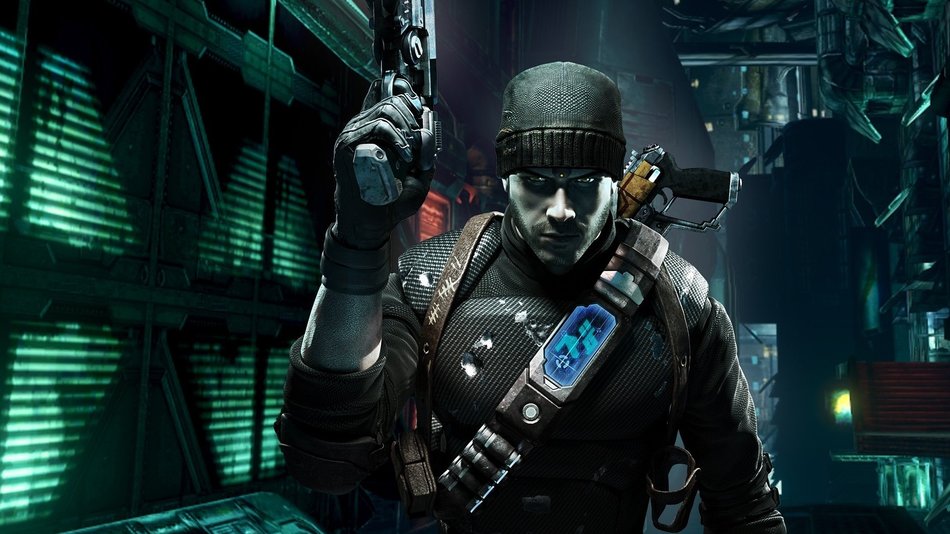 Started in 2009, Prey 2 was intended to tell a completely new story about a bounty hunter in a space city, after its successful predecessor Prey (2006). Human Head Studios was responsible for the development of Prey 2. The publishing was done by Bethesda Softworks.

This collaboration was supposed to be the end for the idea of Prey 2. While not much is known about the internal circumstances, it is said that disagreements between developer and publisher led to Prey 2 never being realized. Not as originally planned, anyway.

This is because a reboot of the Prey brand was released in 2017, which contained some old elements from the “Prey 2” project, but also focused on completely different gameplay elements. A different studio, Arkane, was also responsible for this reboot. A really sad example of studio takeovers that bury game projects. 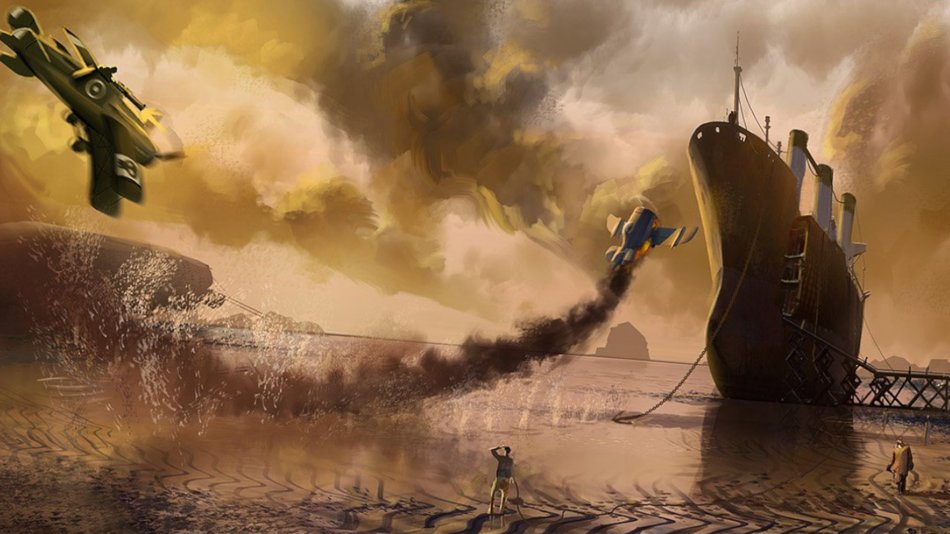 The idea was that Project Titan would be the spiritual successor to World of Warcraft. At the time, Blizzard was floating on a big wave of success with WoW and intended to let it spill over into a next project. For Project Titan, several concepts existed. Originally, it was to be an MMO role-playing game like WoW, but with a focus on shooter elements.

You could have chosen a class and fed a skill tree with growing experience. Eventually, after several rejected concepts and a wealth of skills that led to powerful and unbalanced combinations, the party threw in the towel.

Following the constant realignments and the move away from an MMORPG with a subscription model, big parts of the team were put to work on another project: Overwatch. This way, the material that had already been created was not entirely wasted. 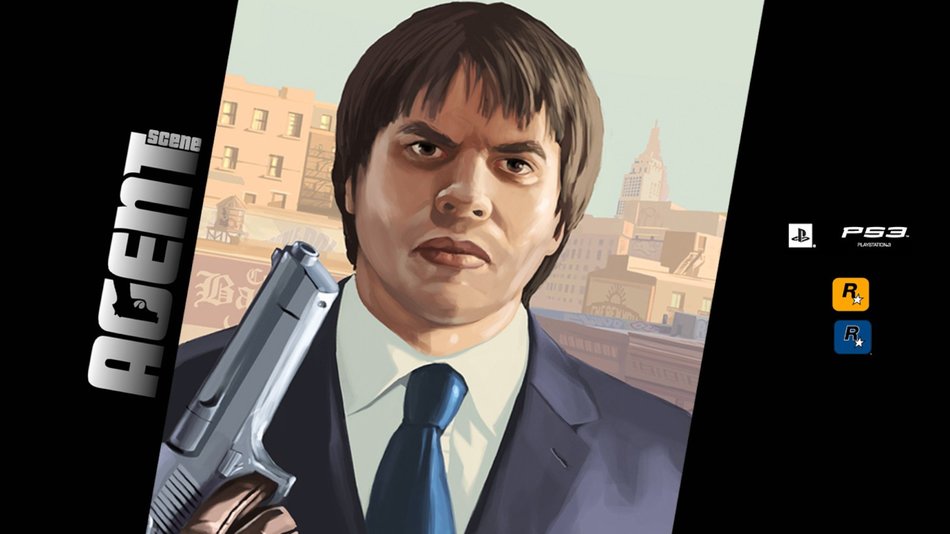 Did you know that Rockstar Games was planning to release an Agent game set in the Cold War era around 1970? It was announced in 2009 during Sony’s E3 press conference and was set to be released exclusively for the PlayStation 3.

To this day, the stealth action game is listed on Rockstar’s official website as “TBA” (to be announced). Meanwhile, it is safe to assume that the game will no longer see the light of day. However, the reasons for this are not entirely clear. When asked, both Rockstar and Sony have always been vague.

Apparently, the project simply fizzled out, and employees were apparently taken away from it in order to work on more promising franchises, including GTA. Rockstar had still renewed the trademark rights to Agent until 2016, but they finally expired in 2018. So no more Agent, too bad. Stay tuned for more in our list of 10 video games that sadly never released! 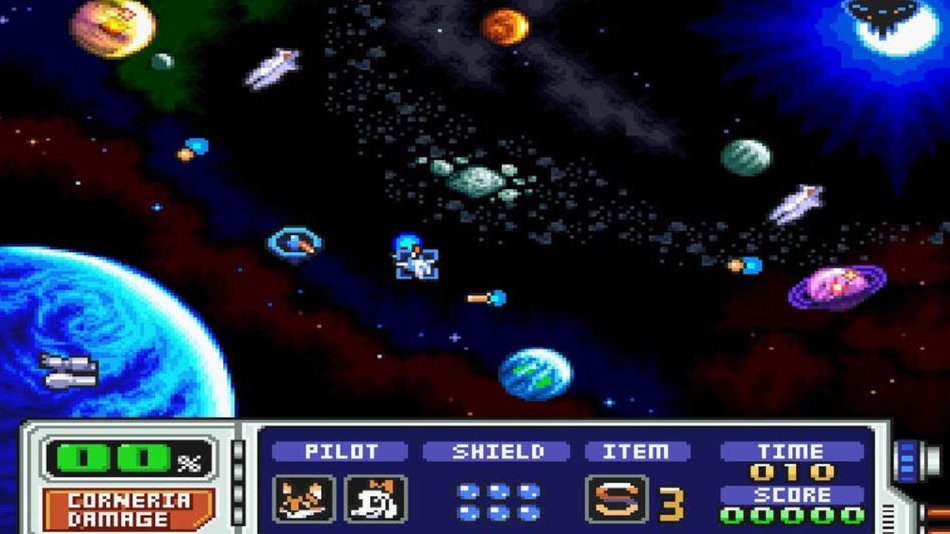 To begin with, Star Fox 2 has a happy ending. Nintendo had thrown the sequel in the garbage can because of the upcoming release of the Nintendo 64, depriving fans of the predecessor of a continuation of the story. On the bitter side, the game was almost finished!

Unfortunately, the console market at the time, with its strong PSX and Sega Saturn, made the graphics of Star Fox 2 look very weak in comparison. This risk of a bad comparison was something Nintendo simply didn’t want to take at that time, and therefore decided against releasing Star Fox 2.

And now, for the good twist: Star Fox 2 was released over 20 years later after its supposed demise with the SNES Classic Mini. Hurray! 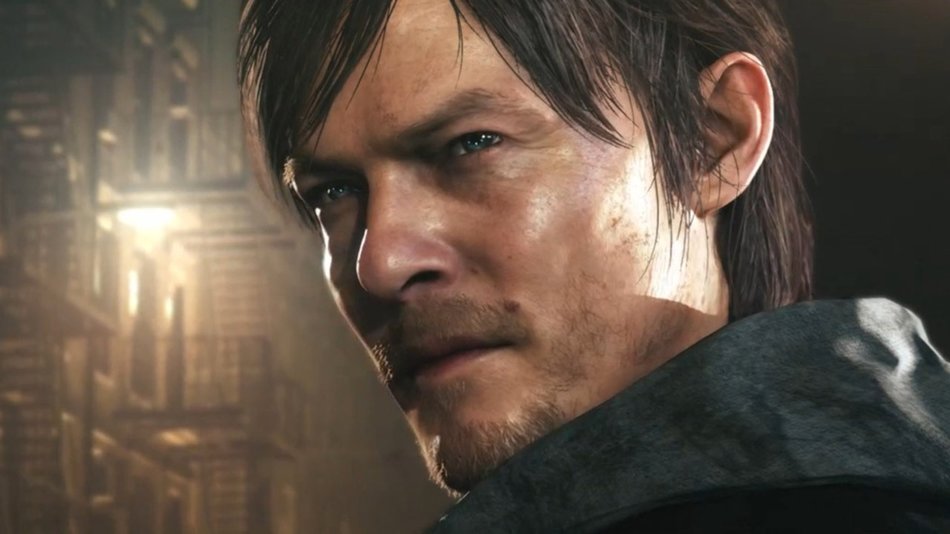 There is hardly a video game outrage that should be as much popular as the bitter end of Silent Hills, and thus it should not be missing from this listing. Silent Hills was intended to add another installment to the popular series, with fans still mourning the franchise’s rigor mortis to this day. Although not much was known about Silent Hills itself, the playable teaser “P.T.” still made history.

The demo, which was only released for the PS4, occupied the video game community for weeks and revealed what real horror is in the short gameplay segment. Also the media appearance around actor Norman Reedus, who apparently was supposed to make up a large part of the main game, generated enthusiasm at the time.

However, major differences between creative creator Hideo Kojima and publisher Konami resulted in the cancellation of the hotly anticipated project. Kojima resigned from the company and established his own studio, Kojima Productions. He took Norman Reedus with him and made him the main character in the highly acclaimed Death Stranding.

It is unclear how and if Silent Hill will continue. Over and over again, the rumor mill is bubbling and Konami is apparently working on a new spin-off for the series. However, Silent Hills will unfortunately no longer be a sequel.

Do you know any other games that could’ve had a place in our list of 10 video games that sadly never released? Let us know in the comments section below. 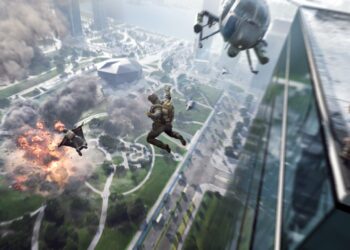 Battlefield™ moment: a surprising and incredibly dramatic scene within a game that is experienced through the eyes but which cannot...