Elvis Movie: Does Austin Butler Do the Singing Himself?

In "Elvis", the young actor Austin Butler plays the King of Rock'n Roll. However, does Butler also sing the songs of Elvis Presley himself? Gazettely will tell you more about it.

by Gazettely Editorial
in Entertainment, Movies
Reading Time: 2 mins read
A A
0 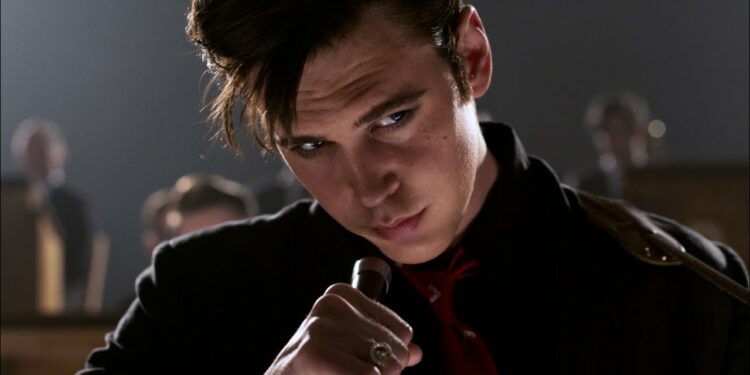 Only a few days ago, legendary director Baz Luhrmann’s musical biography movie “Elvis” was released in many countries. American actor Austin Butler slips into the skin of the King of Rock’n Roll Elvis Presley in a very special way.

However, many viewers wonder whether the 30-year-old actor also sings the King’s songs himself. We have to dig a little deeper to find the answer to this question.

Is Austin Butler singing in Elvis himself?

Actually, Austin Butler, who also appeared in Quentin Tarantino’s “Once Upon a Time in Hollywood,” has sung every line of text from “Elvis” himself – though not all of it made it into the final film.

“Elvis” portrays the life of the rock ‘n roll legend between the late 1930s and his death in 1977. Viewers only hear the first song, however, after the biography movie reaches the year 1954. This is the year in which the real Elvis Presley released his first single, “That’s Alright”, while at the same time the enigmatic Colonel Tom Parker (Tom Hanks) came into his life.

Consequently, Elvis Presley’s vocals can only be heard between the years 1954 and 1977, a period of only 23 years.

However, Austin Butler’s vocals are heard for only about half of that time. In fact, Elliott Wheeler, who is in charge of the music on “Elvis,” told the U.S. industry tabloid Variety, “Butler sings everything until 1968, when he wears black leather. Everything after that was Elvis.”

Therefore, for the later Elvis numbers in the film, they isolated original audio tracks of the King, and put them into the songs of “Elvis”. This studio trick, by the way, was also used on “Bohemian Rhapsody,” the Oscar-winning Freddie Mercury and band Queen’s biography movie.

Yet even in these later tracks, “Elvis” star Austin Butler is still present. Composer Wheeler says that “a lot of Butler’s breathing, grunting and body movements” still made their way onto the audio track before jumping back to the King of Rock’n Roll himself for the sung lyrics.

We unfortunately don’t know anything more about the reasons for this method on “Elvis”. But apart from Elvis’ increasing drug consumption (which, as we know, also changes the voice), age might simply play a role here. During his comeback in black leather, the King was 33 years old – and the 30-year-old Austin Butler was possibly no longer able to convincingly intonate the songs of the older Elvis. 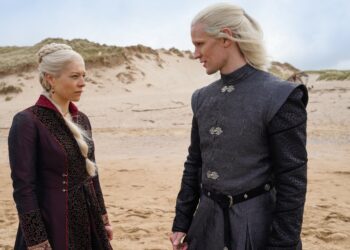 NASA Has Lost All Contact With Capstone, the Spacecraft Sent To Explore the Moon