How Do Vaccines Work?

Vaccines protect against corona and other pathogens. But how do they make the body safe against viruses? What is the difference between mRNA vaccines and other vaccines?

by Gazettely Editorial
in Science
Reading Time: 4 mins read
A A
0
Share on FacebookShare on TwitterShare on PinterestShare on WhatsAppShare on Telegram

Vaccines enable the body to protect itself against a disease. They are given to healthy people, many at a time to do so. To detect even rare risks, they need to be tested extensively. They fool the body into thinking it has an infection. True, it isn’t a real infection.

Nevertheless, it teaches the immune system to recognize and neutralize very similar pathogens later on. It then stops them from reproducing. The threat is averted. This principle has already been used to develop dozens of vaccines.

The History of Vaccination

People have had themselves vaccinated for centuries, initially in India and China. Early in the 17th century, they gave children tiny amounts of a smallpox virus secretion. This is called “variolation.”

It ended fatally in two to three percent of cases. However, anyone who survived was immune to a disease that killed one in three of those infected. It was in 1717 that Lady Mary Montagu introduced the procedure in England. Wife of the British ambassador to the Ottoman Empire, Montagu adopted it from local doctors and vaccinated her own children. 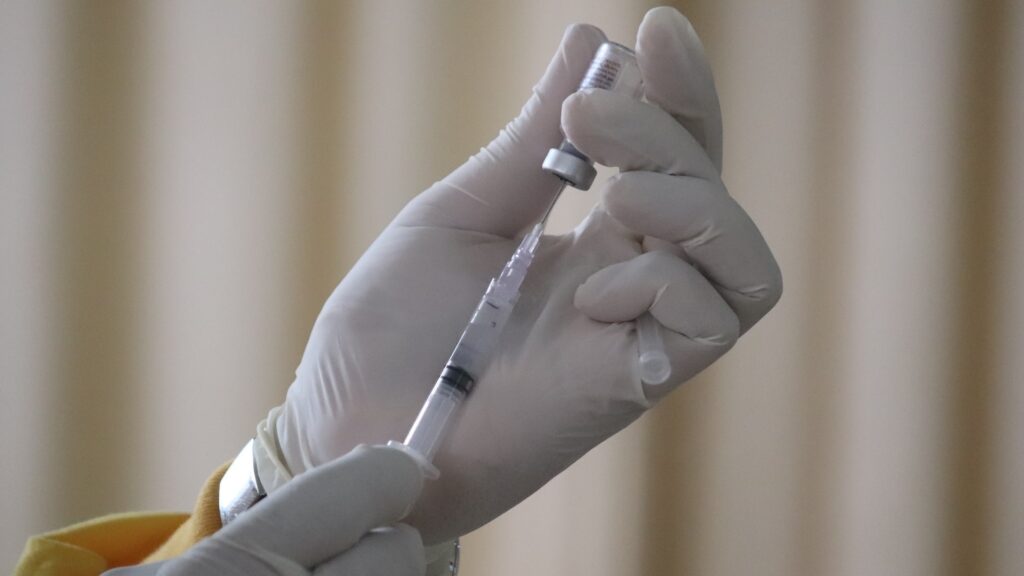 Decades later, Edward Jenner, a physician, learned of even better protection. Once infected with cowpox, creamery workers no longer contracted smallpox. Smallpox in cows is much less dangerous to humans. Jenner injected an eight-year-old boy with a substance he had scraped from a milker’s cowpox pustule. It worked – fortunately.

How Does Vaccines Work?

If the immune system recognizes a virus, it creates antibodies. These stop the virus from attaching itself to healthy cells. As a result, it can’t reproduce. Because cowpox viruses are related and have similar binding proteins, cowpox antibodies also protect against infection with normal smallpox.

Cowpox infection was usually harmless. But nowadays, vaccines are preferred that do not trigger the disease in the first place. One example is against influenza viruses. It was discovered in the 1930s that a formaldehyde solution inactivates the viruses. If you injected the inactivated virus particles into a person, they would develop protection against the flu.

The only thing missing now was a practical method for producing a vaccine: It had to be possible to make vast numbers of virus particles and then inactivate them. The researchers found what they were looking for in fertilized hen’s eggs, where the viruses multiply extremely quickly.

The first influenza vaccines came onto the market in the 1940s. To this day, around 80 percent of flu vaccines are made from chicken eggs. Out of hundreds of millions of eggs. The farms that supply the eggs for this purpose are a secret for protection against sabotage. 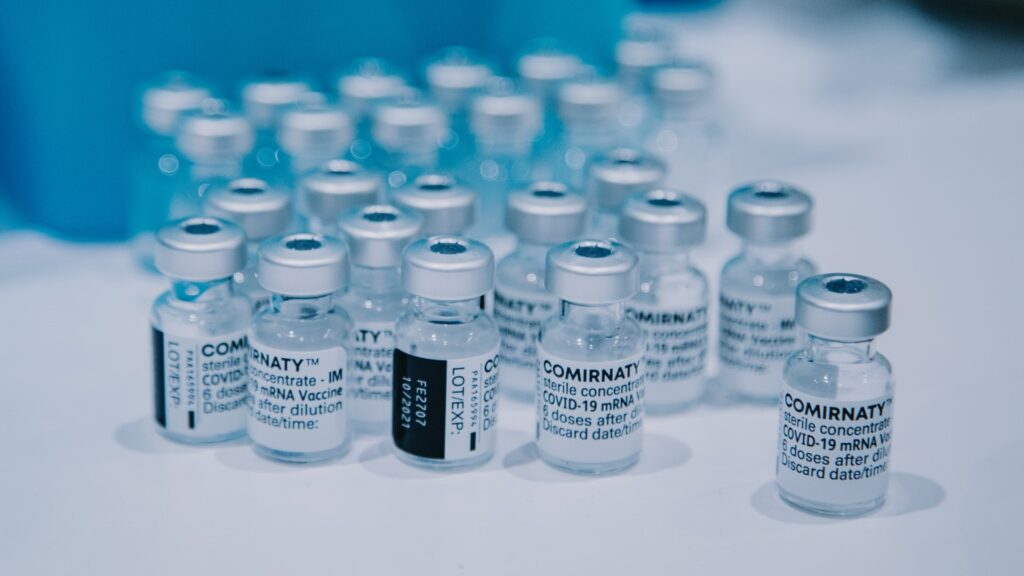 Vaccines can also be made with live viruses. They only have to be weakened to such an extent that they no longer cause illness. Alternatively, virus parts or special particles that resemble the pathogens are suitable.

The most recent strategy for defending against viruses is messenger RNA. It was used for the first time in the fight against Sars-CoV-2, i.e. the coronavirus. To do so, experts must first decipher the virus’s genome: How does the genetic blueprint for the part of the virus that attaches itself to healthy cells read? In the case of Sars-CoV-2, these are the spike proteins on its surface.

Then the scientists copy and package these building instructions and inoculate them into healthy volunteers. Based on the construction manual, cells in their bodies begin to produce their own spike proteins. When the immune system notices the spike proteins, it produces antibodies against them.

The mRNA vaccines did not work well for a long time. Your body destroys artificial mRNA, Sometimes before it even reaches the cells. Better techniques and, more importantly, protective enzymes on the blueprints have been needed to solve this problem.

Now new vaccines can be made comparatively quickly. Also, within the case of Sars-CoV-2, the vaccine makers changed the mRNA. It provides a very stable version of the spike protein. The immune system recognizes one more easily than the original version, where the protein wiggled oddly. 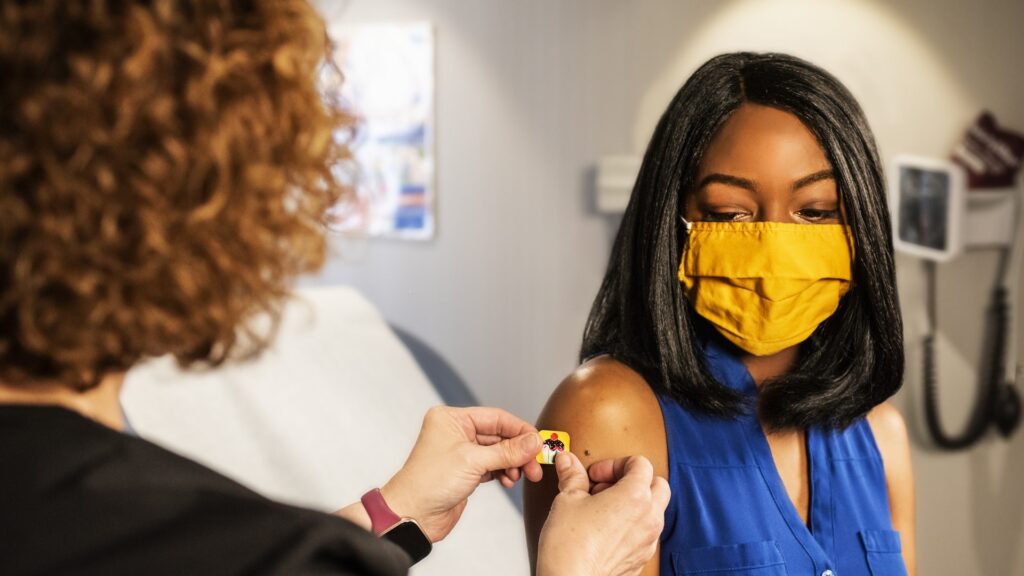 The genome of the coronavirus was published in January 2020. A week later, there was RNA for the vaccine. And the first clinical trials began in March.

Vaccines don’t make everyone immune to disease. Crucially, however, they do protect a population as a whole. The key to a successful vaccination program is immunizing enough people to achieve what is known as “herd immunity.” The virus is then less and less likely to find a person to infect. Until, ideally, it is completely eradicated. So long as there are some disease cases, the risk remains.

For centuries, humanity has been developing vaccinations. Never have they been in the spotlight as they are today. Sars-CoV-2 showed how quickly pathogens spread in a globalized world. Is humankind up to the challenge? Can we achieve herd immunity? Alternatively, is the virus going to cause lasting problems?

The issue is not only Covid-19 but also developing efficient strategies against future epidemics. After all, a pandemic pathogen is more than likely to emerge once again. Vaccines ensure the well-being of society – and now, and in the future, our very survival.