Raya and the Last Dragon Review

In our review of the Disney animated movie, we will tell you why this animation is exactly the right family movie in the Covid-19 pandemic.

by Gazettely Editorial
in Entertainment, Movies
Reading Time: 6 mins read
A A
0 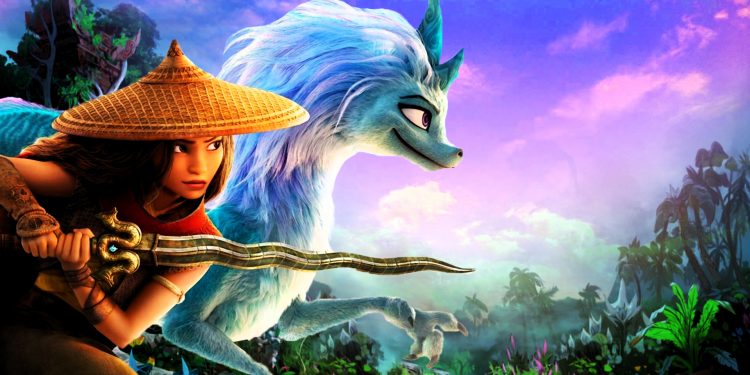 Mighty dragons once lived in the mysterious kingdom of Kumandra. But gloomy and dark creatures called Druun threatened the balance. After the dragons sacrificed themselves for the humans, peace prevailed. 500 years later, the Druun have returned and there is discord between the people. In an exhausting adventure that we are going to see in the Raya and the Last Dragon, the young warrior Raya (Kelly Marie Tran) tries to regain the balance of the past and find the last dragon.

Together with her armadillo Tuk Tuk and other outsiders, she searches for the last dragon. In fact, she even finds him: Sisu (Awkwafina) is the last water dragon of her kind and can perform various skills with the help of the dragon jewel. Together they must also unite the last pieces of the dragon jewel before the Druun has turned everyone in the world into stone.

On her difficult journey through the five countries of Heart, Tooth, Comb, Claw and Tail, Raya meets strange characters and her arch-enemy Namaari (Gemma Chan), who is partly responsible for the terror in the world.

Raya and the Last Dragon – Background and Cast

It has been five years since Disney released “Vaiana”, the last animated movie with an original screenplay. “Raya and the Last Dragon” now follows in the footsteps and tells its own story after the sequels in 2019 (“The Ice Queen 2” and “Ralph Reichts 2”). “Crazy Rich” writer Adele Lim was responsible for the script, as well as Qui Nguyen.

The two main roles of Raya and water dragon Sisu are voiced by Kelly Marie Tran (“Star Wars” series) and Golden Globe winner Awkwafina (“The Farewell”). “Raya and the Last Dragon” is the 62nd full-length Disney film and the first in the new decade of the 2020s. The directing duo of Don Hall and Carlos López Estrada have very different experiences in the movie world. Don Hall directed the Disney films “Baymax” and “Vaiana”, Estrada is responsible for indie films “Summertime” and “Blindspotting”. 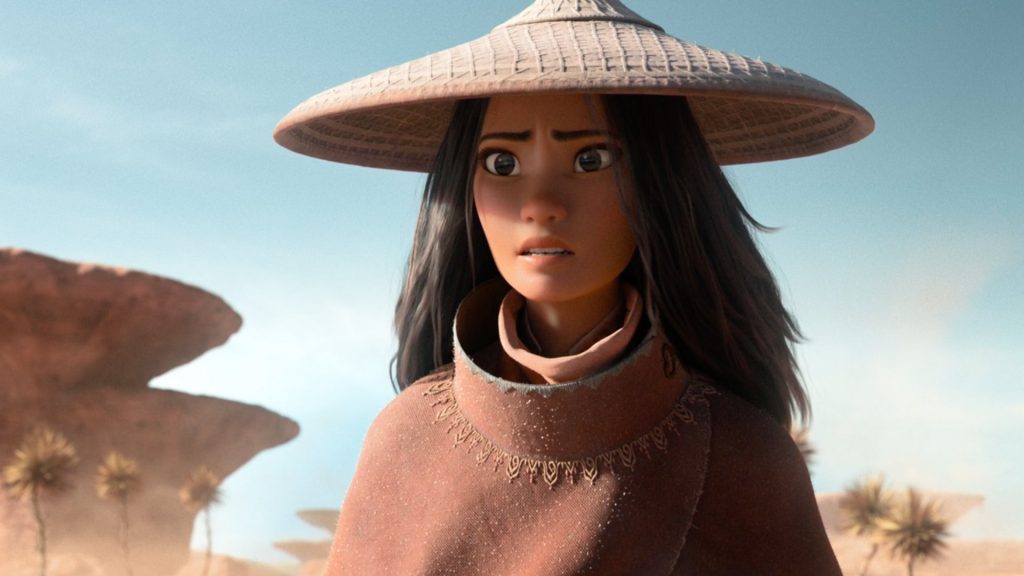 Raya and the Last Dragon – VIP Access on Disney+

Disney Magic in Every Second and Without Any Singing!

Ever since “Rapunzel – Newly Revenged”, Disney has been breaking down the classic image of a Disney princess, and with “Raya and the Last Dragon” in 2021, we are now being shown the youngest and most modern “princess”: a warrior who has had to learn the hard way how to get along on her own and yet has not lost her beauty and charm.

Unlike other Disney animated movies, the typical singing of the female characters is absent here, but due to well-choreographed action scenes, breathtaking animation and easily understandable character traits, this does not weigh heavily on the movie.

Instead, directors Don Hall (“Baymax”) and Carlos López Estrada (“Blindspotting”) have orientated themselves more towards coming-of-age stories like in “Baymax”, which can do without singing. The fact that one of the two scriptwriters, Qui Nguyen, is himself skilled in fight choreography also contributes to the quality of the numerous fight scenes, which are, despite everything, handled in a child-friendly manner.

In the past, Disney’s full-length animated movies convinced not only once with (animal) side characters that almost stole the show from the title characters: Meeko the raccoon in “Pocahontas”, Hei Hei the chicken in “Vaiana” or Timon and Pumbaa the meerkat and warthog duo in “The Lion King”.

In “Raya and the Last Dragon,” Tuk Tuk, a mix of pill-bug and furry armadillo, is hard to beat for cuteness and also turns out to be a loyal companion. On the other hand, the comedic interludes are transferred to the crook baby Little Noi and his three monkey companions, the Ongis.

No Time for World Building

Many viewers will be rubbing their eyes in amazement after just a few minutes of “Raya and the Last Dragon”. What kind of a huge fantasy world is Disney presenting us with? Five kingdoms fighting for power. Diplomacy, war and betrayal. Plus dragons that may not be extinct after all. One doesn’t have to have watched “Game Of Thrones” to suspect what an epic saga could lie in this story. 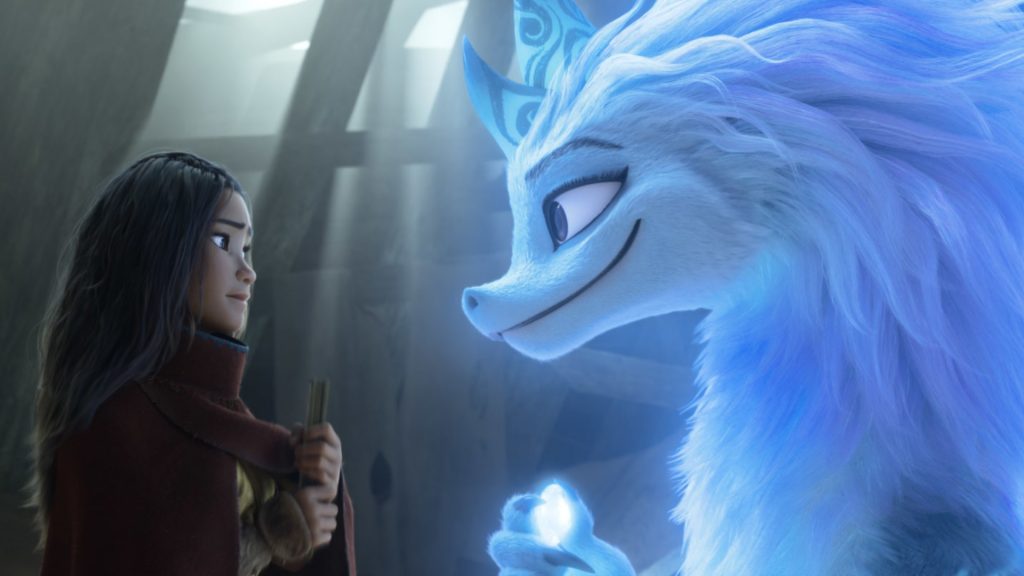 Yet we are not watching a fantasy series that stretches over several years and seasons. A glance at the running time of a good 90 minutes already makes it clear that it is not at all possible to expand all these ideas touched upon in the opening scenes of the movie and to fill the entire realm with life. After an epic opening and a time jump, “Raya and the Last Dragon” quickly becomes a generic treasure hunt that is always visually impressive, but too often only hints at its true potential and leaves the promising fantasy world behind.

Raya and Sisu travel through the country so rapidly that the illusion of the huge kingdom quickly collapses. It feels like you are moving from one place to another in seconds. And the different cultures and tribal philosophies are only background noise for quickly handled mini-adventures.

There is also hardly any impression of the danger in which the heroine and her soon to be several comrades-in-arms find themselves. Because every challenge is always immediately followed by a solution. Raya is like a hurdler who effortlessly races over everything in her path.

Being the first Disney animated film set in Asia without a template, “Raya and the Last Dragon” reflects the work of mainly Asian writers and animators in every second of the movie. By doing so, Disney is continuing the animation tradition and getting much-needed input from the cultural background.

Likewise, Disney made a point of casting Asian-descended voice actors in almost every role. The original version features Kelly Marie Tran voicing the main character Raya, who, after her “Star Wars” role as Rose, gets to prove what she’s made of. On the other hand, Awkwafina once again shows her comedic talent as the water dragon Sisu.

A Strong and Confident Heroine

Despite its weaknesses, “Raya and the Last Dragon” is not a bad movie. The Disney animated adventure is far too entertaining, looks too good and simply has a really strong main character. Raya enriches the canon of Disney princesses – not only because she is super-stylishly staged with a samurai hat and chain sword, but because her complex history and her vulnerable side are never concealed.

She is not a superhero. She was betrayed in her childhood and this trauma makes it difficult for her to ever trust anyone again. This theme runs through the entire movie and makes for an interesting tension between her and the enemy Namaari, with whom she repeatedly engages in heated battles – sometimes with a sharp tongue, sometimes with the blade of her sword.

By the way, the actions are pleasantly realistic and down-to-earth. Fortunately, the animation film’s possibilities are not used here to make the characters whirl through the air as exaggeratedly as possible. Instead, the fights are staged with camera angles and editing in such a way that they could also be choreographed and filmed to a large extent in a modern action film.

Besides, it is refreshing that Raya, unlike her predecessors Mulan or Merida, does not have to fight against patriarchal structures to be respected as a warrior. The fact that she is a woman, even a princess, comes up in an aside, but plays no role at all – and it was about time for such a fact to be taken for granted! 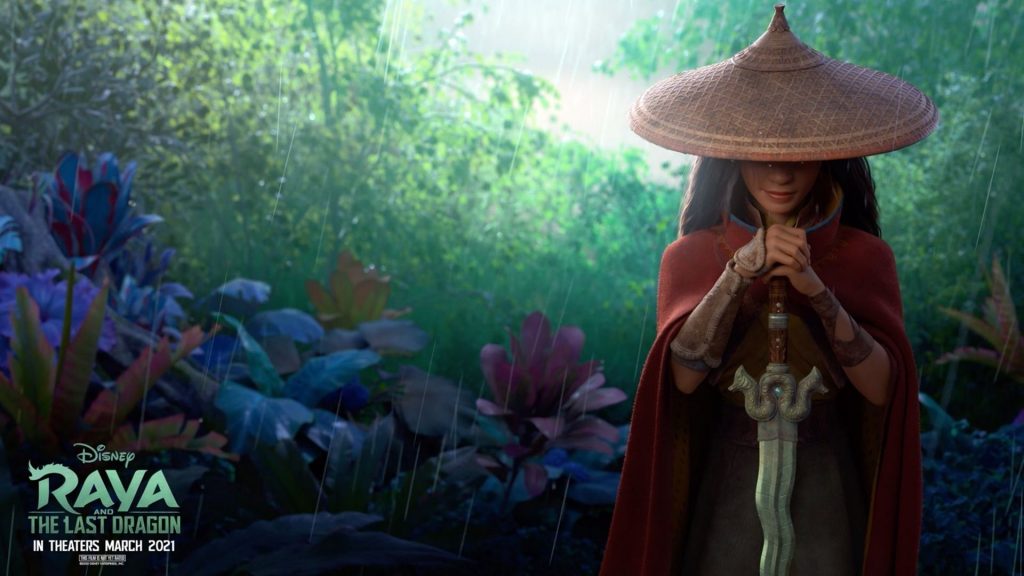 Why “Raya and the Last Dragon” is the Right Movie for the Pandemic?

What was supposed to be its greatest weakness turns out to be Raya and the Last Dragon’s greatest strength: Raya’s heroic story follows an easily predictable formula, but the Disney studio has virtually perfected it in its long history. To defeat evil, our heroine must first make sacrifices herself, jumping over her shadow to finally arrive at her destination.

For a large part of her life, Raya was on her own, only having her animal companion Tuk Tuk by her side. Living in isolation, she still did not give up hope of finding the dragon. Slowly, she realized that the true key to success is hidden in the communication between nations. Only when the enemy nations pull together she can finally embrace her loved ones again.

Despite the predictable story, “Raya and the Last Dragon” fits into the current pandemic as a hopeful movie. In loneliness, the characters experience difficult hours but strive toward a happy ending that finally puts the dark times behind them. The reunion of their families as a higher goal is easily conveyed to the audience, who must watch the movie in isolation at home instead of in a crowded movie theater. This is where the real strength of “Raya and the Last Dragon” lies.

What’s Tesla Engagement Hub and What Does Elon Musk Wants to Do with It?

How To Shave Your Legs the Best and Smoothest Way 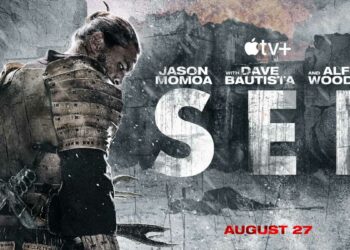 See: New Trailer of the Third and Final Season of the Series Comes Out

Apple's successful series See is approaching its exciting finale and the story of the warrior Baba Voss will hopefully be...

Elvis Movie: Does Austin Butler Do the Singing Himself?

How To Shave Your Legs the Best and Smoothest Way