Discover the features of this useful electronic system

by Gazettely Editorial
in Cars
Reading Time: 6 mins read
A A
0 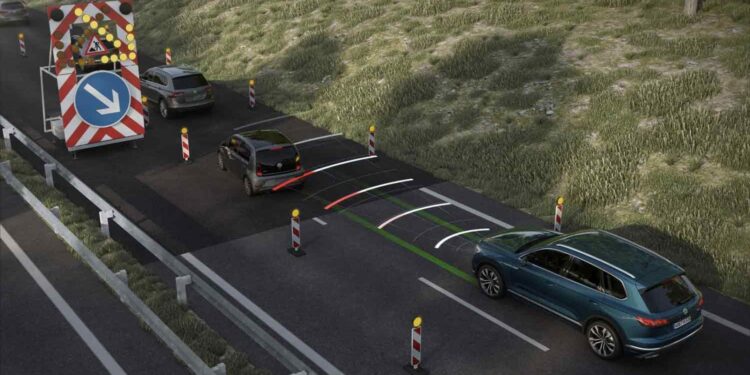 Today’s cutting-edge technology offers, among the various advanced equipment for our cars, two features that are highly appreciated by drivers and more and more widespread not only in high-end cars but also mid-level cars too: we are talking about Cruise Control and Adaptive Cruise Control.

The Cruise Control is an indispensable feature that is available even on mid-range cars. Nowadays, the Adaptive Cruise Control, which adjusts the speed according to the cars in front of you, is also gaining ground. In this article we are going to explain what they are and how they work, plus, we will answer all of your questions about them.

What is the Cruise Control

Cruise Control, also called speed limiter, is a system that allows you to automatically adjust the speed of your car. Therefore it is very useful when you have to drive for long stretches of road at a constant speed, like on the freeway, so that the driver can relax and let his right foot rest by releasing the gas pedal.

The system is operated by hand from the steering wheel or from the levers on its side, and controls speed automatically thanks to electronic control. The cruise control thus makes it possible to set the desired speed and maintain it until the driver slows down or re-accelerates or stops.

For safety reasons, the system automatically disengages when braking. In a single stroke, the driver relaxes and follows the speed limits, while reducing fuel consumption compared to the foot control that causes us to accelerate and slow down continuously. 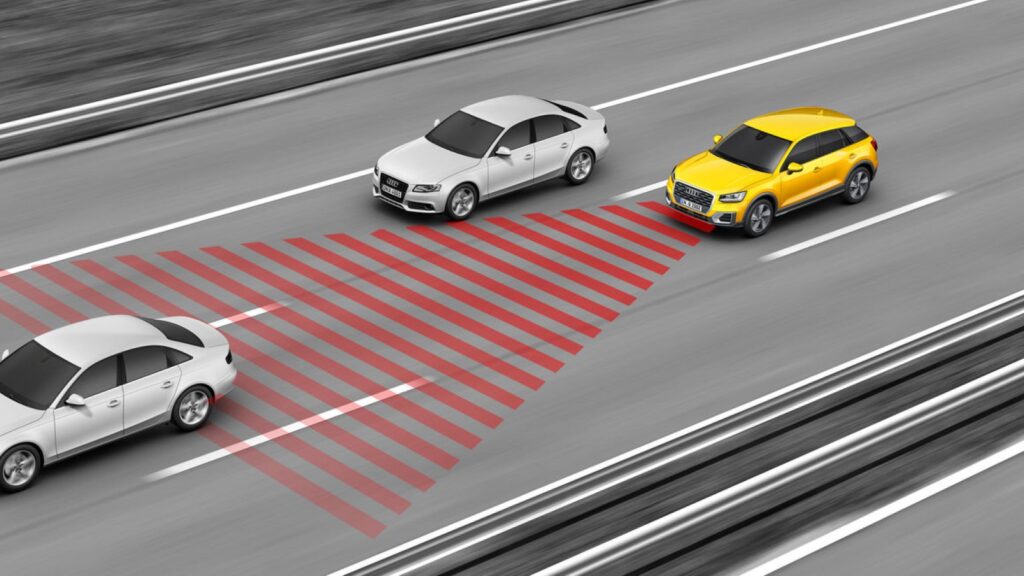 The evolution of this system is the Adaptive Cruise Control, which has become a standard feature in almost all of the cars. Besides regulating speed automatically, the cars equipped with this system are equipped with a large number of sensors, radars and cameras which allow the Adaptive Cruise Control to adjust speed, adapt to traffic conditions and slow down or brake autonomously with no need for the intervention of the driver in case there is an obstacle in the way.

When getting on board, the driver, in addition to deciding the cruising speed, can also decide how far away he wants to be from the car in front, allowing the system to work completely autonomously, dealing with this aspect of driving.

This means that the system is capable of identifying vehicles passing in front of our car and reacting accordingly. In most cars equipped with automatic transmission, the system is able to bring the car to a complete stop.

History of Cruise Control and Its Evolution Over Time

The concept of Cruise Control has its origins in the last century. Actually, the first version of this system was introduced in 1958, more than 60 years ago, when the Chrysler Imperial introduced it to American motorists. In those days this system, which was originally called Auto Pilot, was a true revolution.

During the decades the Cruise Control system was improved and refined, and in recent years the giant strides made by technology, with cameras, sensors and radar distributed in different points of the cars, allowed to make the Adaptive Cruise Control very effective and safe. 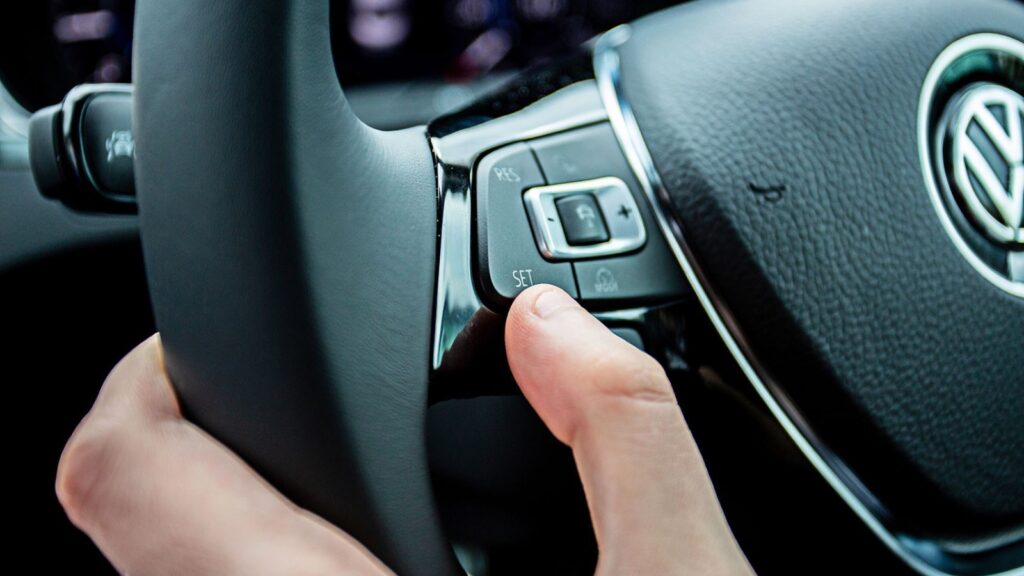 Compared to the past, braking and acceleration have become less sudden, leading to a more fluid and natural driving style. The first vehicle to offer Adaptive Cruise Control was the Mitsubishi Diamante in 1995, followed by Mercedes-Benz in 1999 with the Distronic system, which was an important evolution at the time.

The turning point of the intelligent Adaptive Cruise Control was to allow the vehicle to “adapt” to external circumstances. Nowadays, the modern cars are able to adapt to the speed limits in force on a given road by using cameras that recognize the road signs.

When the driver puts on the blinker to overtake a vehicle, the Adaptive Cruise Control automatically accelerates to facilitate overtaking, while also taking into account the speed limit and other safety regulations.

While the future is already upon us, we can see the various prototypes made by Tesla and Uber of fully self-driving vehicles, completing the dream that began with the Chrysler Imperial’s Auto Pilot. Such systems, which we have talked about in another article, are also able to operate a lane change to the car, having complete control of the road, the surrounding vehicles and not only the roadway in front of us.

Cruise Control is usually part of a package of driver assistance tools which is now standard in many cars. This system is managed by an electronic control unit that monitors the engine power, speed, brakes and driving systems in general, thus making the experience particularly pleasant for both driver and passengers. 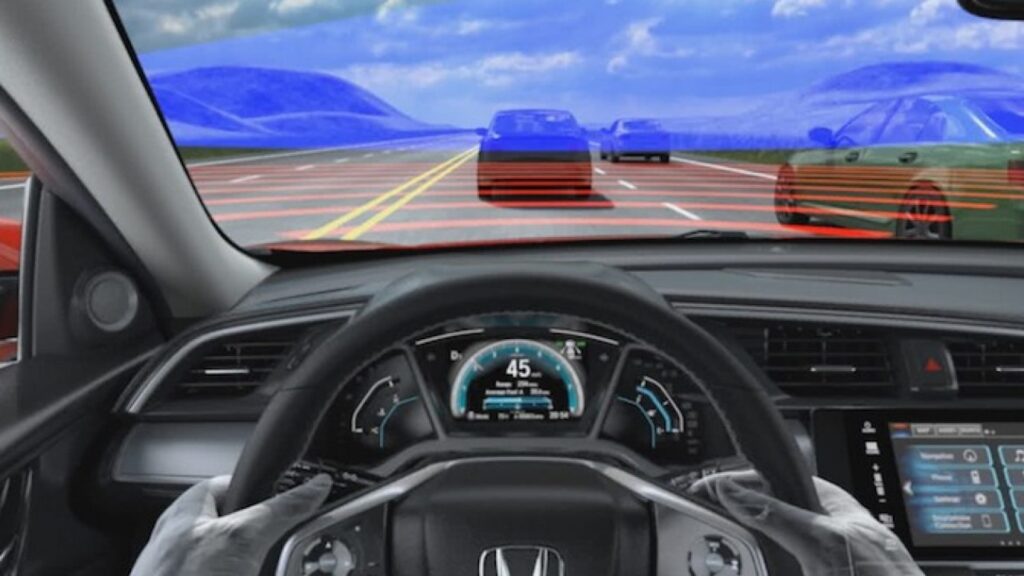 The commands for setting the classic Cruise Control and the Adaptive Cruise Control vary based on the car manufacturer, but generally speaking the buttons and options for activating it are located directly on the steering wheel or on the levers at its side.

In general, the SET button is used to activate the system and the “+” and “-” buttons are used to increase or reduce speed, changing the speed without having to press the foot on the accelerator. In order to return to classic driving, all the driver has to do is touch the accelerator or the brake and the vehicle will return under his or her own control, thus disengaging the cruise control. Normally when braking, you will then need to press the SET button again to re-activate the cruise control.

One notable aspect of the convenience of Cruise Control is that it reduces driver movement, such as reaching over the brake and accelerator pedals, to a minimum, so those who suffer from back pain and joint problems will benefit tremendously.

Activating Cruise Control not also allows the driver to relax, but also to save money. When setting a fixed speed, the car will consume the minimum amount of fuel in relation to the set speed, and therefore reduce the natural tendency to increase or decrease the speed.

The latest technological innovations have been able to improve this aspect as well. In fact, through a communication between the GPS, which calculates the route, and the Adaptive Cruise Control kit’s control unit, the system is able to optimize performance.

If the system detects a series of sharp bends coming up the road, for example, the cruise control will automatically reduce speed in order to prevent the driver from having to brake sharply. Moreover, when coupled with an automatic transmission, the car’s cruise control offers better performance, because modern systems can also predict city traffic. 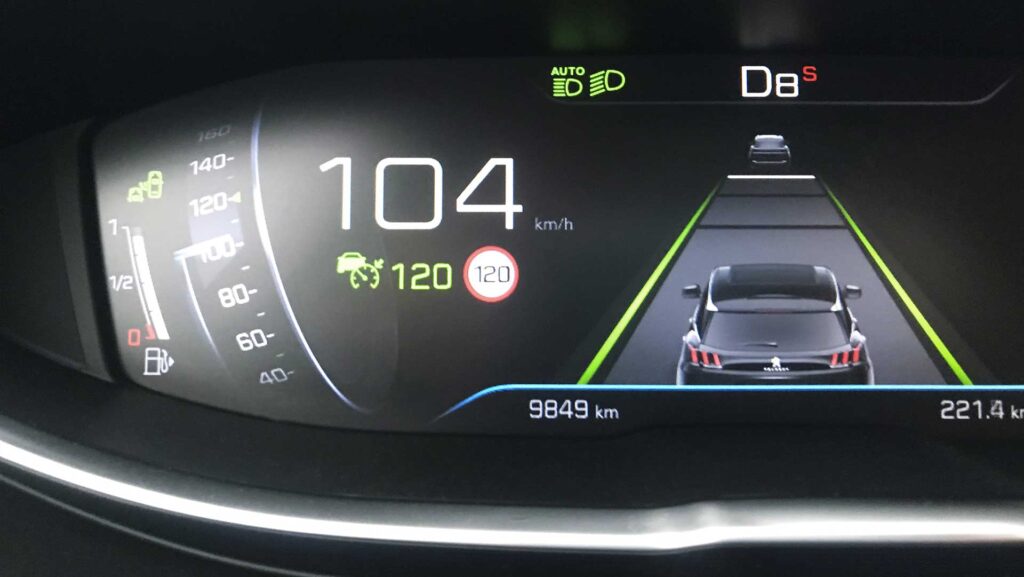 When the vehicle is in a traffic jam, the gear is adapted accordingly and the speed is gradually adjusted to suit the traffic (adaptive cruise control with stop function) until it comes to a standstill. On some vehicles Adaptive Cruise Control is coupled with the Start & Stop function to automatically turn the engine off and on when stopped at traffic lights, which reduces emissions.

What Types of Adaptive Cruise Control Are There?

Adaptive and autonomous cruise control systems can be classified into laser and radar based systems and they can also be distinguished based on the amount of input required from the driver. Laser-based adaptive cruise control systems use a front-mounted laser to track the position and speed of other vehicles.

Because of the limitations of using lasers, these systems often have problems with detecting dirty or otherwise non-reflective vehicles, and poor weather can also affect the ability of a laser-based system to track other vehicles. Radar-based systems are sometimes called radar cruise control systems, and they employ one or more radar sensors instead of a laser. 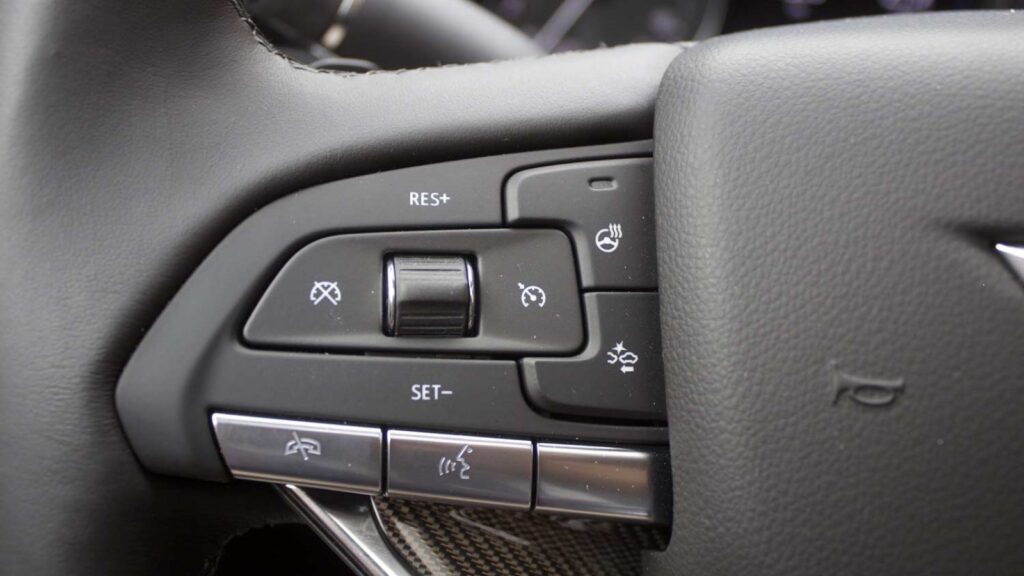 They typically operate in a wider range of weather conditions and are usually able to track other vehicles regardless of reflectivity. Certain adaptive cruise control systems are also integrated with pre-crash technologies, like adaptive braking, and other ADAS-like lane departure warning systems.

What if Adaptive Cruise Control Fails?

A potential failure is the main reason why you need to be alert. If the system fails while in use, you’ll have to adjust your speed manually. While the vehicle is still safe to drive, you can’t rely on the adaptive system to automatically keep your following distance. It is important to also understand that some systems can fail even if they appear to be working well.

When your adaptive cruise control system uses a laser sensor, be aware that it may not track other vehicles properly in bad weather. Laser sensors can also fail to track vehicles if they are particularly dirty or use non-reflective paint. While radar-based adaptive cruise control can usually track vehicles regardless of paint or weather conditions, none of these systems are foolproof. 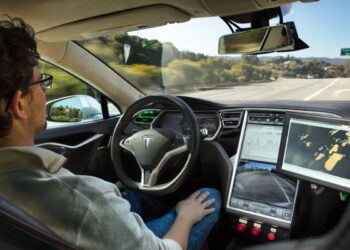 The self-driving car, a sea serpent of the automobile industry, has not yet become a reality. Or at least in...