A weapon that burns victims to the bone.

by Gazettely Editorial
in Politics
Reading Time: 3 mins read
A A
0 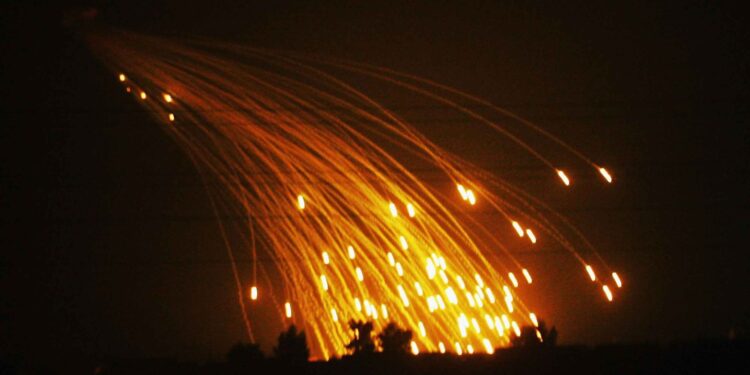 There has been repeated discussion about the use of tactical nuclear weapons in the war in Ukraine. Numerous experts believe it is unlikely that Russia will go that far. However, the Russian army still has quite different weapons at its disposal with which it could raise the war to a new level of cruelty.

Kremlin spokesman Dmitry Peskov has not entirely ruled out the use of nuclear weapons in the Ukraine war. In an interview with CNN, he said, “So if there is an existential threat to our country, it (nuclear bomb, ed.) may be used according to our concept.”

Experts believe it is unlikely that Russia will resort to nuclear weapons in the Ukraine conflict. The Kremlin, however, does have other, more highly toxic instruments at its disposal, which Ukraine claims are already being used. There is talk of phosphorus bombs, which Russian forces are said to have used to attack the village of Popasna.

There is no way to independently verify whether what Bilochytsky writes is true. However, some images and videos show tracers in the night sky. Glow traces, like those left by phosphorus bombs.

Phosphorous bombs can cause devastating damage

When the explosive devices are reported, it is not for nothing that terms such as “horror weapon” and “homicidal instrument” appear. 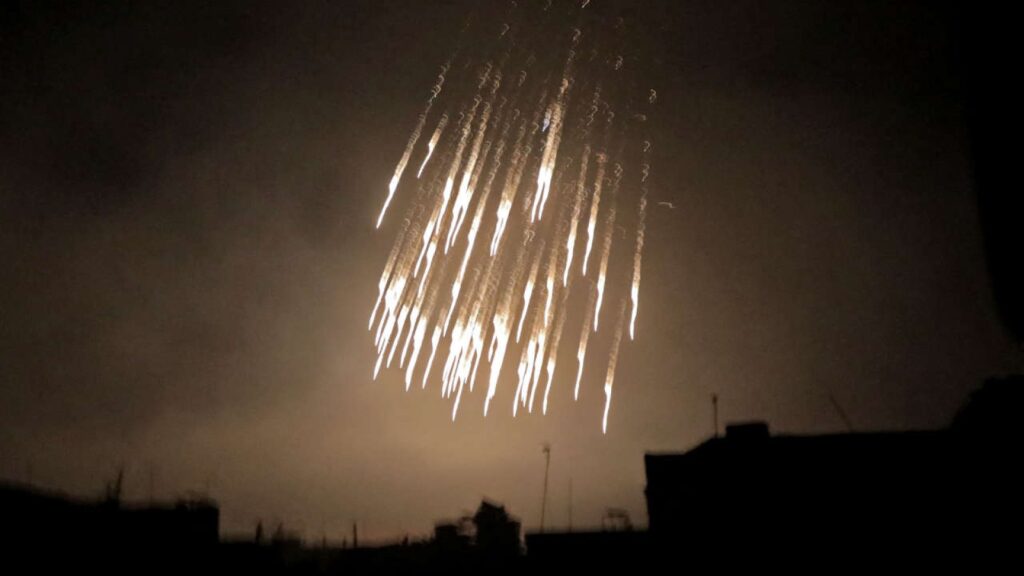 This is because phosphorus bombs contain a mixture of white phosphorus and rubber, igniting on contact with the oxygen contained in the air. The result is a flame as hot as 1300 degrees Celsius, escorted by dense white smoke. Phosphorous bombs can be used for military tactical reasons – for example, to conceal troop movements.

When they hit civilians, however, the explosives have a devastating effect. Water cannot extinguish a fire set by phosphorus bombs with water – it flames up again only a few seconds after it has been “poured off”. Only agents such as sand can smother the fire.

Particularly cruel is that the mixture of white phosphorus and rubber contained in the bombs sticks to the victims’ skin. If they panic and try to wipe off the substance, they will only spread it further. This can cause third-degree burns: Epidermis and dermis are then entirely destroyed, turning brownish to whitish in some cases. Some victims of phosphorus bombs are burned to the bone.

Moreover, the phosphor particles contained in the bombs are highly toxic to humans. The US Agency for Toxic Substances and Disease Registry (ATSDR) warns of the liver, cardiac and kidney damage. However, the damage usually does not stop there. 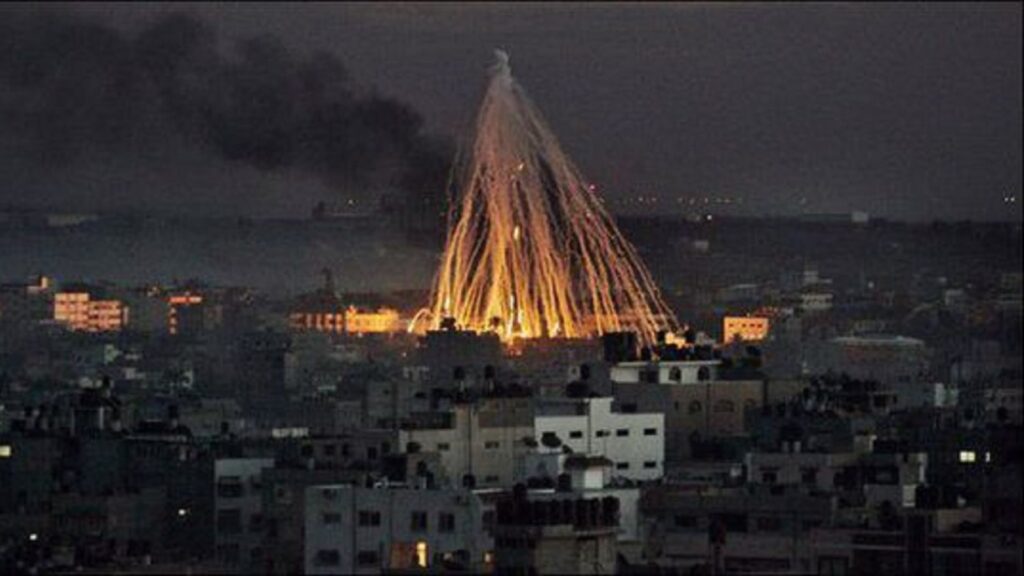 Many of those who inhale the fumes caused by phosphorus bombs die as a result. Anyone who survives usually struggles with severe impairments for the rest of their lives.

According to the NGO Human Rights Watch (HRW) report, “Victims who survive their initial injuries may continue to suffer from intense pain, severe infections, organ failure, and a poor immune system for a long time.” There is also talk of a disfigured appearance, psychological trauma, and an “inability to integrate into society.”

Thus, it is hardly surprising that the use of phosphorus bombs against civilians has been banned under the Additional Protocols to the Geneva Convention since 1977. However, some states, such as the United States and Israel, have not signed the agreement. They have resorted to explosive devices in recent years and decades, for instance, in the Iraq or Vietnam wars.

Bombing civilian targets with these weapons is a war crime

Controversy exists as to whether phosphorus bombs should be counted as chemical weapons because of their toxic effects. If they were, then their use would violate the Chemical Weapons Convention.

So far, however, Russian authorities have not commented on the alleged phosphorus bomb attack on Popasna. The accusations are severe. Ukraine’s Human Rights Commissioner Liudmila Denisova wrote in a statement: “Bombing civilian targets with these weapons is a war crime and a crime against humanity.” 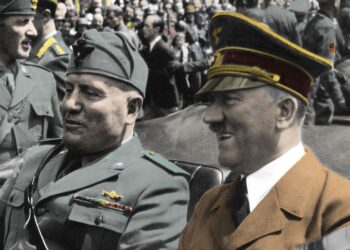