There are many unanswered question regarding the dragons of Daenerys Targaryen!

by Gazettely Editorial
in Entertainment, TV Shows
Reading Time: 5 mins read
A A
0
Share on FacebookShare on TwitterShare on PinterestShare on WhatsAppShare on Telegram

One of the highlights of Game of Thrones was Daenerys Targaryen and her dragons. In the fantasy series, however, what we are told about Drogon and Co is anything from contradictory to confusing – and sometimes just nonsense.

Dragons are the best thing about Game of Thrones – besides dramatic Cersei-Oneliners, epically staged battles and very “multi-faceted” family relationships. From the first season, Daenerys Targaryen (Emilia Clarke) and her winged, fire-breathing children were set up as the real star of the multi-layered fantasy series.

Certainly, the Lannisters kept things exciting, the Starks tripped stupidly but sympathetically from one obvious trap into the next, and up in the north the ice zombies lurked. However, what was really exciting was the question of what happens when Daenerys arrives in Westeros with Drogon, Rhaegal and Vyserion.

The final season of Game of Thrones attempted to wrap up the main storylines and answer all the unanswered questions. All of which that didn’t go over so well. So we got questions, not about Tyrion Lannister (Peter Dinklage), Jon Snow (Kit Harington) or Arya Stark (Maisie Williams), but about the true massive players in George R. R. Martin’s fantasy epic: the Game of Thrones dragons.

4. Did Daenerys’ dragons simply stopped eating children at some point? 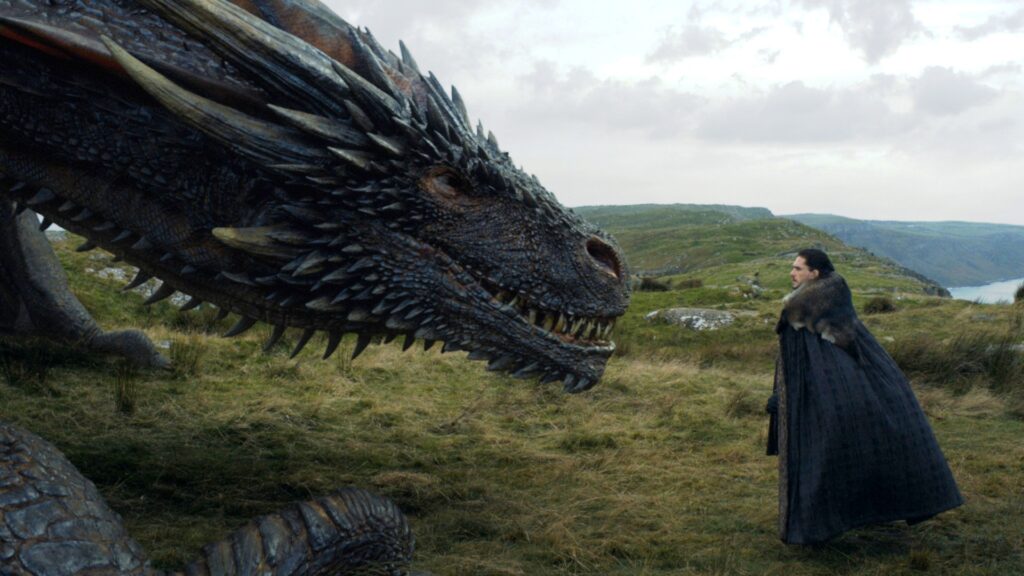 Do you remember one of the more dramatic dragon storylines in the early seasons? Well, Drogon allegedly attacked and ate a child. As a result, the Wig Queen locked Rhaegal and Vyseron in a kind of basement dungeon, while Drogon ran off in a huff. Teenagers, after all. In season 8, the topic “What do Game of Thrones dragons actually eat?” is brought up again, and Daenerys’ answer is clear: dragons eat whatever they feel like.

So, were there significantly more children being snacked on over the course of the series and we just didn’t find out? Do Games of Thrones dragons only have a taste for human flesh at a certain age and then switch to meals that are less likely to put their riders in need of an explanation?

Was Daenerys having a serious talk with her ever-hungry baby monsters and the Games of Thrones dragons just weren’t up for more grounding? Or did Drogon fall victim to a conspiracy because dragons eat everything but humans for some reason? There are questions after questions. And here comes the next one: 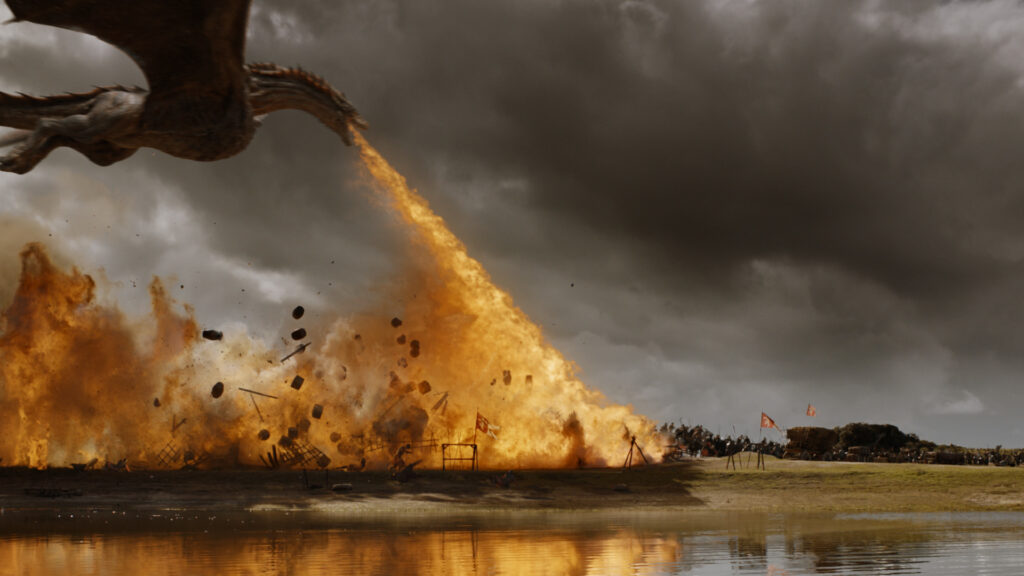 Because dragons are genderfluid, they can switch genders or be both male and female at the same time. Are you surprised? No wonder. After all, Game of Thrones fans don’t learn this from the HBO series, but only from the books. This could mean, for example, that even if Drogon is the last living dragon in Westeros, he could still impregnate himself and lay eggs. However, neither the book nor the series reveal how this would work in detail or whether dragons have to have regular sex with each other.

Anyway, the more important question is: how exactly would these eggs be hatched? As the first person in over 100 years, Daenerys Targaryen succeeds in getting three baby dragons to hatch. But what seems to be necessary for this is a rather large fire (the pyre on which her husband Khal Drogo’s body is burned) and a human sacrifice (the woman she blames for Khal Drogo’s death).

Honestly, this sounds pretty elaborate for a process that other reptiles and birds in the wild can manage all by themselves. It is no wonder that dragons were believed to be extinct before Drogon, Rhaegal and Vyserion. 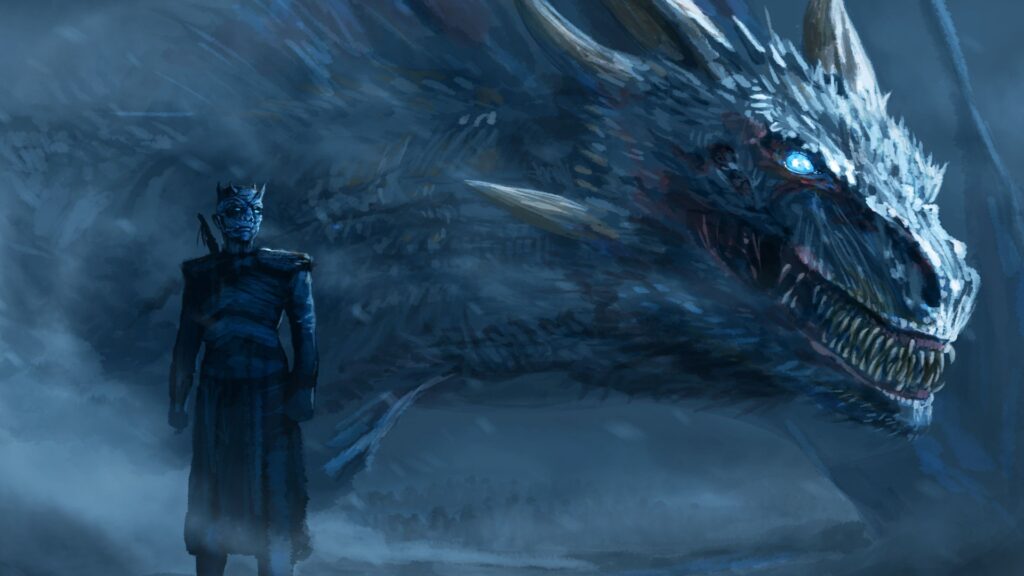 Well, it looks pretty damn cool and is a good story for the after-dinner drinking session to fly into battle on the back of a dragon. But if we’re being completely honest now: it doesn’t really make that much sense. Games of Thrones dragons are much more limited in their freedom of movement with a human on their backs, apart from the fact that, as a person on horseback, you put yourself in a rather dangerous position.

Being on the back of the most powerful creature in Westeros, you immediately become the target of all enemy attacks and, at the same time, you have to be careful not to fall several hundred meters to your death.

It is suggested in both the books and the series that an almost telepathic connection exists between the Riders and their dragons. In that case, why don’t Daenerys and Jon guide their winged flamethrowers with their thoughts from the safety of the ground? Whereby the question generally arises as to how effective dragons really are in battle.

If there was one thing the Battle of Winterfell in season 8 showed us, it was that you can survive one-on-one situations against a dragon by hiding behind a small pile of rocks and shouting at it. Pretty embarrassing, Vyserion! 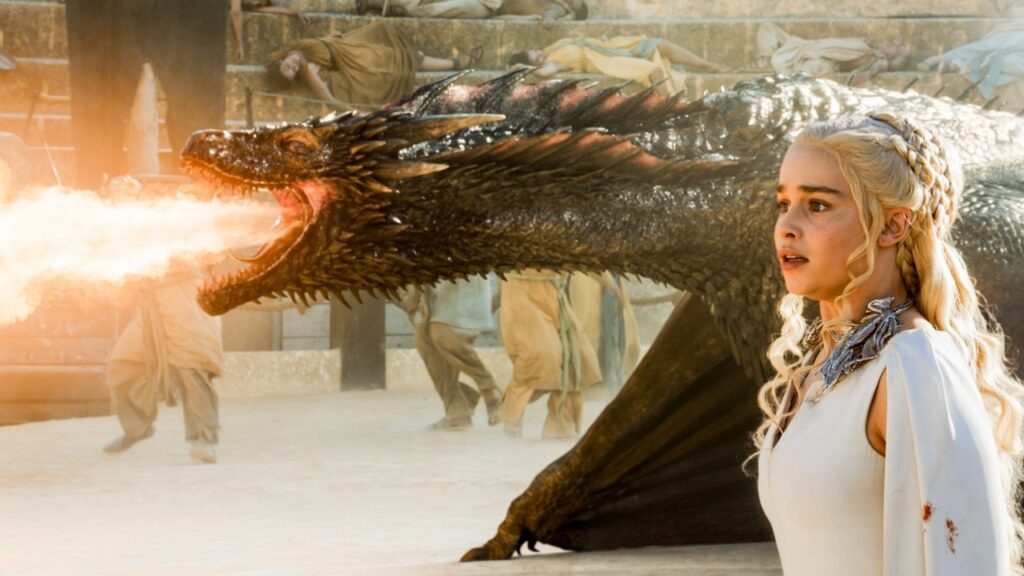 A lot of speculations have been made about the intelligence of Drogon and co. Well, one of the reasons is the scene towards the end of season 8, where Drogon discovers Daenerys’ corpse and then angrily destroys the Iron Throne. Did the dragon understand that the real reason for his mother’s death was the uncompromising struggle for power in Westeros, and not the loyal, goofy Jon Snow?

Well, nope, according to the creators of the HBO series. Instead, Drogon was pissed off, spat fire because of it and the throne just got in the way. The explanation makes little sense, though: an angry animal would have rather attacked the only threat in the room, Jon Snow.

So what is it then? Are the dragons of Game of Thrones as intelligent as Smaug from The Hobbit: The Desolation of Smaug, only without the ability to speak? Or are these mystical creatures more like a particularly dangerous mixture of aggressive watchdog and loyal warhorse who can be shot out of the sky like absolute dullis at every opportunity?

Well, there are many questions regarding Game of Thrones dragons which are not answered yet. Maybe House of the Dragon can tell us. Season 1 of the Targaryen spin-off series is already in the works, and will surely feature a dragon or two as well as plenty of bad wigs.

In case you have any other questions about Game of Thrones dragons, let us know in the comments section below.

All About Gwen Stefani Wedding Dresses by Vera Wang

All About Gwen Stefani Wedding Dresses by Vera Wang