In case you don't want to spend a single penny on the game.

by Gazettely Editorial
in Games, News, Nintendo, PC Games, PlayStation, Xbox
Reading Time: 1 min read
A A
0
Share on FacebookShare on TwitterShare on PinterestShare on WhatsAppShare on Telegram

The free-to-play model comes at a price, and that is time. Gamers have calculated that without spending a single penny on virtual currency in Overwatch 2, it will take 5 years to unlock all the items for Kiriko.

Kiriko is a new Support class character, introduced for the release of “two”. Excluding seasonal items (earned as part of the Combat Pass), 5 skins, 3 emoticons, 5 trinkets, 2 victory poses, 9 dialogue issues, 10 sprays and 2 gameplay presentations can be purchased for her.

Gamers on Reddit have calculated that all this would cost 15,600 Overwatch coins. Taking into account that every week you can get 60 free coins (as long as you complete all the challenges), it would mean 260 weeks of “grind”, or almost 5 years. 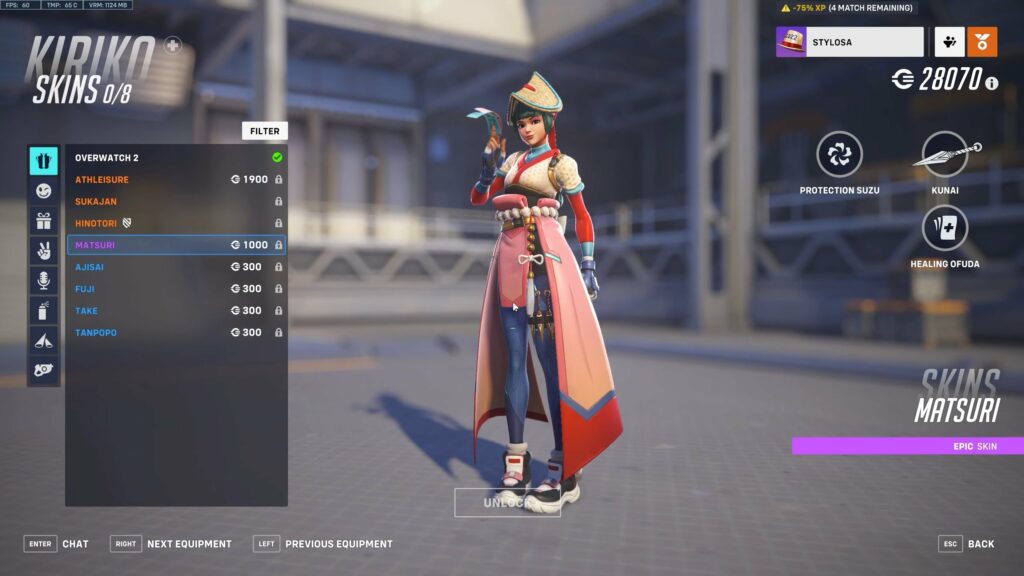 One must admit that the prices of skins in the game are really excessive. The only fairly cheap offerings are those that merely change the color palette of the outfits, and the real rarities cost as low as 1000 or 2000 coins. To give context, 2,200 coins cost €19.99 in the Overwatch store.

The players are suspecting that Blizzard deliberately proposed such high prices to catch some players who will fall into the premiere buying frenzy.

Subsequently, the company would adopt the strategy of “apologizing and listening to player criticism” and lower prices.