Might the universe end up being one big black hole in the future? We will answer these two and many other questions in this article.

by Gazettely Editorial
in Science
Reading Time: 7 mins read
A A
0
Share on FacebookShare on TwitterShare on PinterestShare on WhatsAppShare on Telegram

The black hole is a strong contender for the top spot among nature’s most enigmatic objects. They can be found everywhere in the universe, can weigh a billion times more than the Sun, and not even planets, stars, or even light can escape black holes if they come near them.

Does the fact that black holes can swallow up everything close to them mean that we are looking at a bleak future where black holes eventually dominate the entire universe?

Might we even end up with a scenario where black holes have eventually swallowed all matter in the universe so that there is only one big black hole left?

In this article of Gazettely, we travel through the ‘wormhole’ to see if we can find some reassuring news for your curious minds.

But to answer whether black holes could swallow up the entire universe, we need to know what happens when two black holes merge and what types of collisions there are.

The black hole theory can seem both complicated and simple at the same time. So let’s first take a dive into recent years of research into black hole collisions. 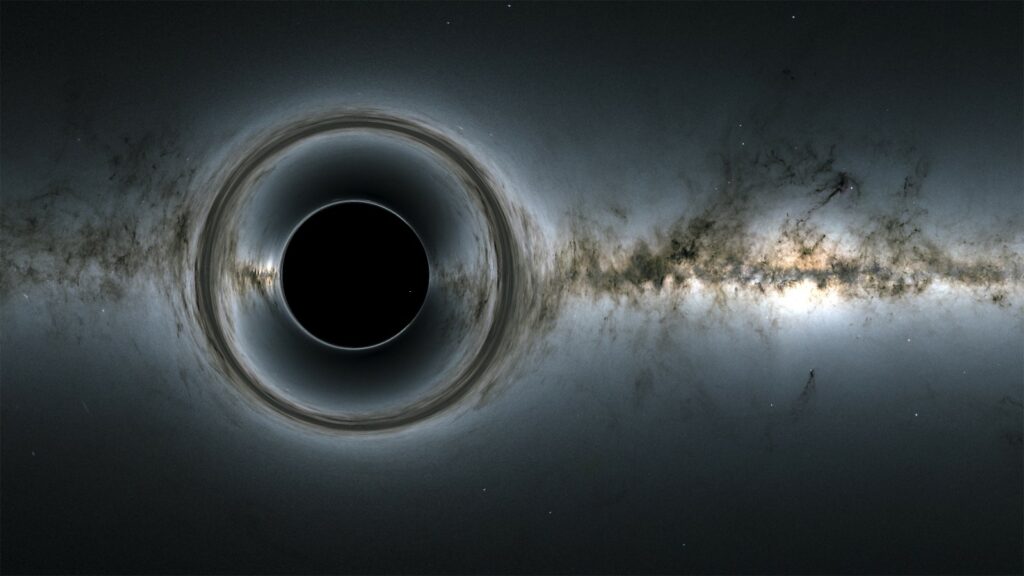 The sensational measurement from space

Until just a few years ago, research into black holes was challenging, as they don’t emit light and are therefore impossible to observe with telescopes from Earth.

The other reason it has taken so long to prove their existence is that the universe is huge and black holes are relatively small.

For instance, if you took the Sun and made it into a black hole, the radius would be about three kilometers.

So, how do two such small sizes come together in a gigantic universe? Here, the emission of so-called gravity waves plays a key role.

They were observed for the first time on 14 September 2015, when the LIGO (Laser Interferometer Gravitational-Wave Observatory) detected gravitational waves from two colliding black holes, around 30 times the mass of the Sun.

Once scientists figured out how to measure gravity waves from black hole collisions, the field’s progress began to take off. Theoretically, black holes have been known to merge for decades. Still, it was only about seven years ago that this was directly observed in reality. 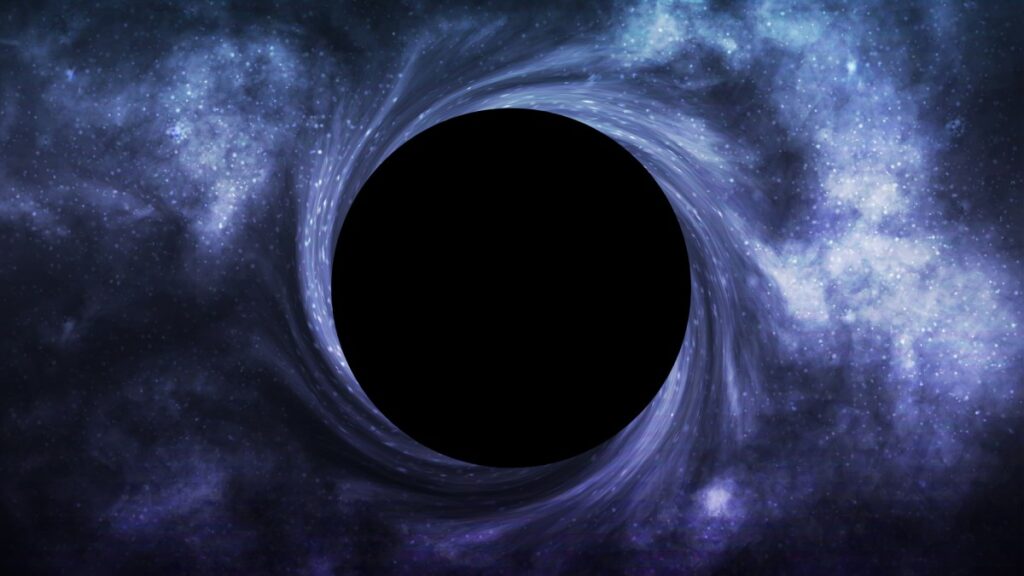 It was made possible with the help of two-kilometer-long lasers that could see these waves. It was a huge achievement, as the fluctuation is only the size of an atomic nucleus.

As the gravity waves are emitted, the two black holes are brought closer and closer together. Through this process, some of the black holes will collide, whereas others are so far apart that they will never meet.

When two black holes collide, the combined black hole will likely be sent far out into the galaxy. This is because of the large emission of gravity waves, sending the black hole in the opposite direction to where the gravity waves go.

Even though the collision happens in a split second, black holes take a long time to hammer together. Depending on how much two colliding black holes weigh, you can calculate how long it takes for them to merge. Here we are talking about a period of billions of years.

For example, the previously mentioned collision, measured by LIGO in September 2015, took a fraction of a second. The impact was so powerful that it could be measured on Earth, just over 1.3 billion light-years away.

LIGO engineers then converted the gravity waves into sound waves. The brief, goose-bump-inducing sound is reminiscent of a drop of water dripping down the sink or a bird chirping. 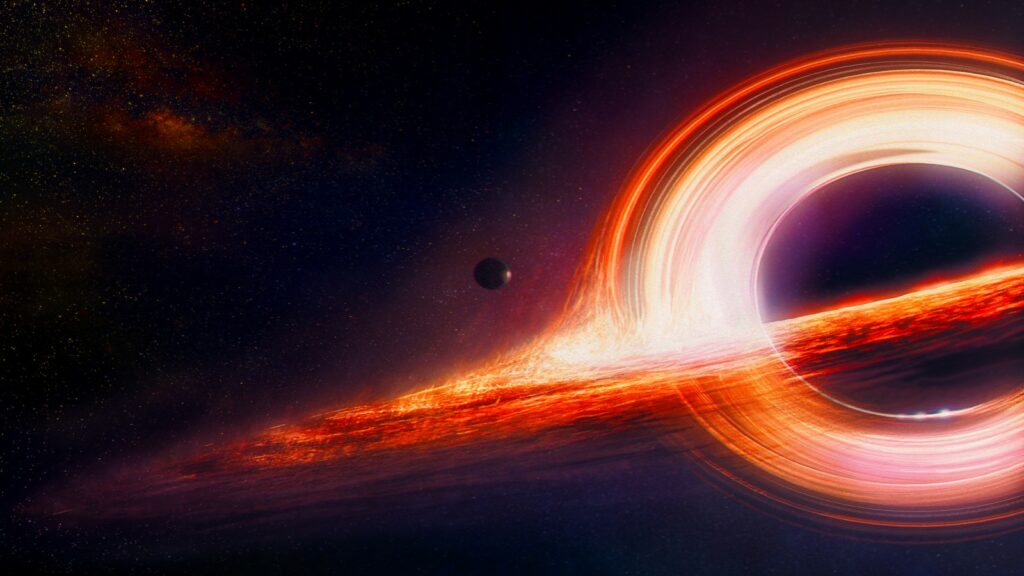 So what types of collisions are there?

It is essential to understand the outcome of black hole collisions, as this plays an important role in understanding how black holes are actually created in the universe.

At the moment, we don’t know how black holes grow larger or how they are created. One of the ways black holes can grow is by swallowing an amount of gas.

So how can the black holes observed with a solar mass of 20 to 30 grow up to about 100 million times the mass of the Sun?

This is what astrophysicists are working out by looking at the collisions observed so far. Since that groundbreaking observation, LIGO has observed about 100 black hole collisions. They’ve had different masses, from a few solar masses up to nearly 80.

Tiny black holes in space weigh between 3 and about 100 solar masses. Black holes can also spin, but their spins also seem to vary in speed when they collide. Based on observations, people are beginning to guess how black holes are formed.

In general, three ways are thought to form:

Let’s go through them one by one in the following.

Binary stars are stars that happen to form close to each other. Looking through a telescope at the night sky, you’ll see that just over half of the stars in the Milky Way are binaries. That means two stars orbiting each other.

If both binaries evolve into two black holes, they might be close enough to collide within the universe’s lifetime. This requires, as already mentioned, the emission of gravitational waves to bring them sufficiently close together.

There are about 150 globular clusters in the Milky Way, with concentrations of more than 100 000 stars in a very small area. Where stars are present, we also expect black holes to be present since black holes are created as a result of the evolution of stars.

That happens because black holes are much heavier than stars. Due to their (lack of) weight, stars will fall towards the centre.

Between 10 and 1000 black holes are inside, interacting inside the centre and almost creating a pile of black holes right in the middle.

It can be calculated that there is a certain probability that two black holes simply meet, pair up and then collide due to the density in the centre. 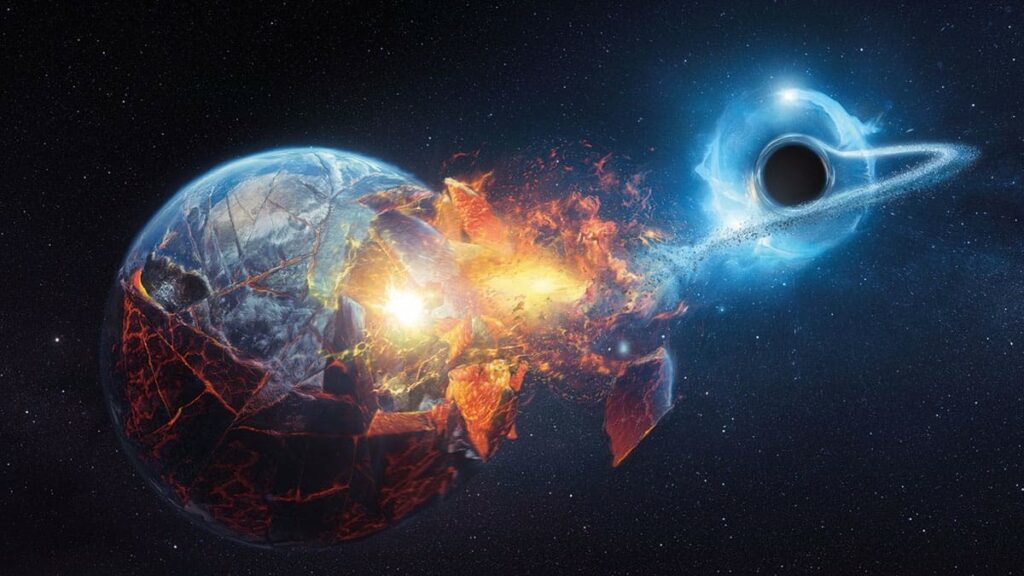 This third theory has not yet been observed but is widely discussed in astrophysics circles. Supermassive black holes are surrounded by gas disks, rotating circular bodies of heavy gas.

These discs can trap black holes passing through them. This gas and the large gravitational force is coming from the big black hole in the middle hold on to all the black holes. It slowly brings them closer together inside the centre.

The gas exerts a kind of resistance to these black holes. You could compare it to the feeling of riding a bike into a headwind. So the chances of two black holes meeting in these gas discs are relatively high.

Black hole researchers use mathematical models to calculate that between 100 000 and 1 000 000 collisions occur annually. Meanwhile, astronomers can already see that black holes dominate some universe regions.

For example, in the centre of our galaxy, there is a so-called supermassive black hole, about 10 to 100 million times the mass of the Sun. This probably started as a very small black hole and has grown bigger and bigger. Many of the known black holes will also grow bigger and bigger.

Do not worry about the universe becoming one big black hole. As you read this article, we can reassure everyone that the massive black hole at the centre of the Milky Way and other black holes in distant galaxies are not sucking up Earth.

There are several things to remember. Black holes don’t suck things in, although science fiction movies may have helped plant that idea in people’s heads. They behave like any other object with the same mass. They are just much, MUCH smaller.

In theory, astronomers say, you could get a black hole close to Earth. But here, we’re talking about a time scale so far in the future that we have no idea what the universe will look like at that point.

We’re talking billions of years. By that time, things will probably be very different in our universe. To answer the question, we do not face a near future in which black holes dominate the universe. However, local clusters of black holes may gather in our galaxy and in others. 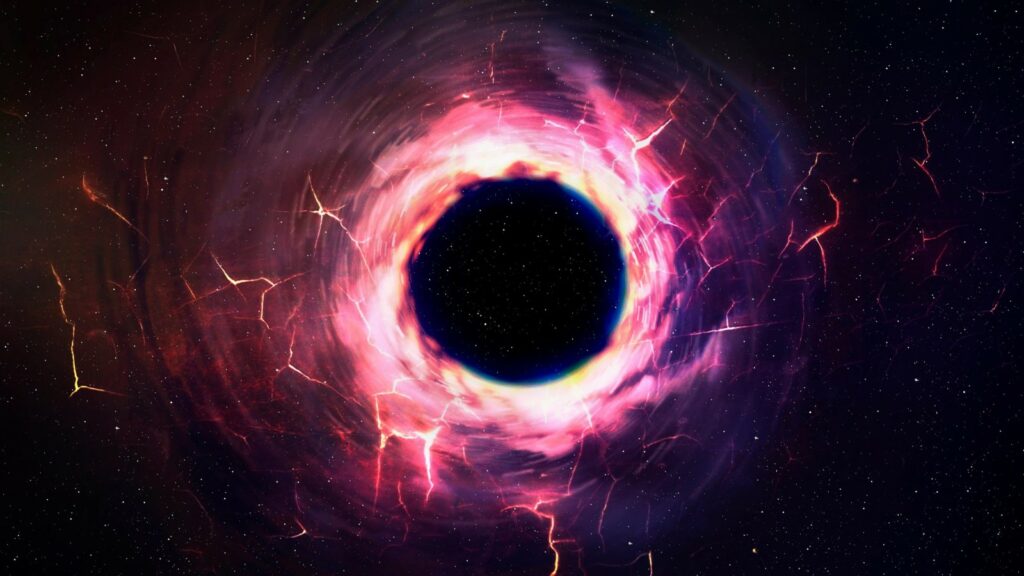 So what are black holes?

Once stars run out of material to burn, their own gravity collapses them into black holes. A black hole – compared to other cosmic bodies – is tiny.

Black hole masses are measured in solar masses, with a single solar mass being the mass (weight) of our own Sun, weighing about 1.99 trillion trillion tonnes (1.99×10^30 kg). Tiny black holes in space are between 3 and about 100 solar masses.

What are gravity waves?

Tiny waves are triggered when extremely heavy bodies with gigantic forces – like two black holes – crash into each other at speed similar to that of light.

Black hole collisions are so powerful that the gravity waves vibrate through space and time across the universe at the speed of light.

When two black holes of about 30 solar masses each collide, the following black hole will have a mass of just under 60 solar masses because some of the mass is converted into energy (gravity waves).

In the following, we will share some interesting facts about the history of black holes.

Apple TV+ Releases Trailer for the 3rd Season of “See”

Monster Hunter Paradise Could Be Capcom’s Next Production 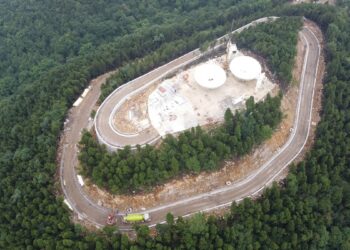 Monster Hunter Paradise Could Be Capcom’s Next Production