Which AMD or Intel desktop CPU meets your requirements? We provide answers in our 2022 CPU buying guide in important price and performance categories.

by Gazettely Editorial
in Technology
Reading Time: 10 mins read
A A
0
Share on FacebookShare on TwitterShare on PinterestShare on WhatsAppShare on Telegram

A CPU is the heart of a PC, and a wrong purchase has a significant impact on the fun of gaming and the speed at which you work. Choosing the right CPU isn’t easy, though, as cryptic terms such as cores, CPU clock speed and cache abound. Before we get to specific recommendations, let’s first look at the basics.

AMD and Intel are the most critical CPU manufacturers on the PC market. For years Intel was ahead of the competition in terms of performance. That has fundamentally changed since 2017. At that time, AMD caught up almost overnight with the Zen Core architecture and the Ryzen and Ryzen Threadripper CPUs based on it. Today, these CPUs offer a better price/performance ratio in many cases. So, it doesn’t always have to be Intel anymore.

What are Intel Core i, Celeron and Pentium Gold? 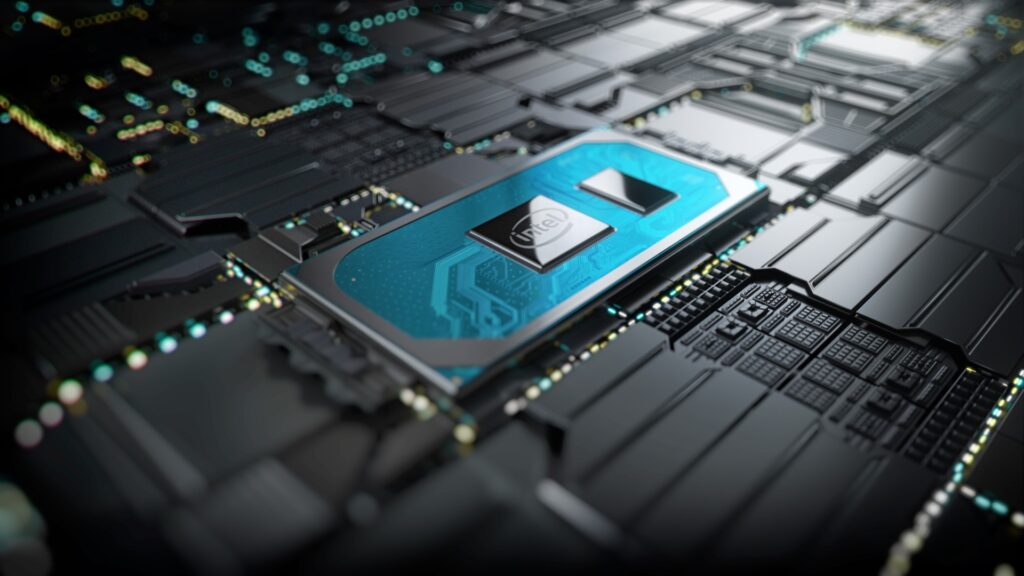 At Intel, the Celeron and Pentium Gold CPU families are called Core i. Core i CPUs are, in turn, made up of the subcategories Core i3, i5, i7 and i9. Capital letters stand for special features within the model name of a CPU:

The Intel CPU generations are numbered consecutively, and the latest is 12. This results in a current CPU name like Core i5-12600K, where the “12” after the hyphen indicates the generation. Lastly, Intel has given its desktop CPU generations the following names:

What are AMD Athlon, Ryzen and Threadripper? 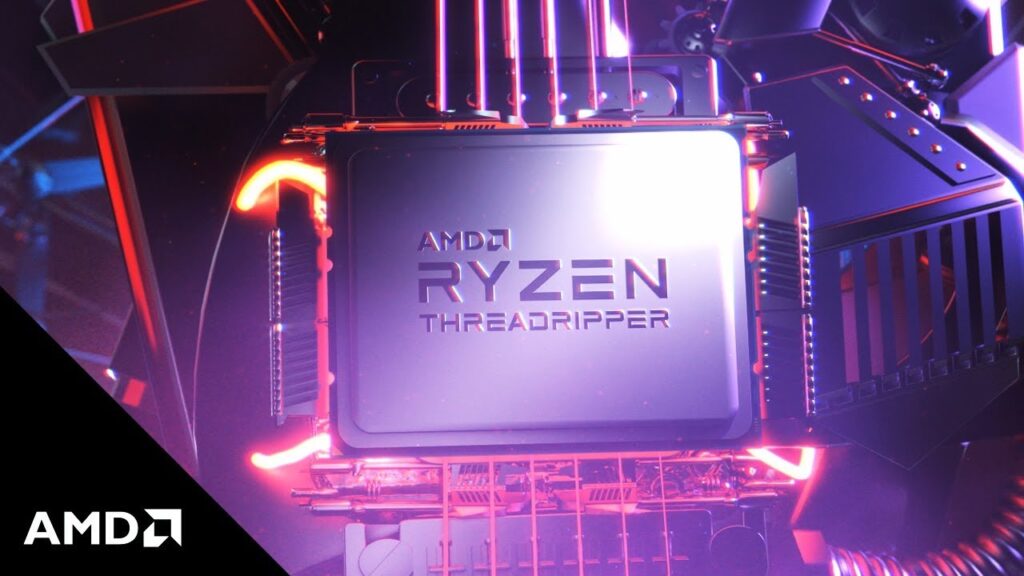 AMD’s current CPU lineup consists of two families. The small Athlon family of CPUs (meant for low-budget PCs) is joined by the large group of Ryzen CPUs. Within Ryzen, AMD further divides into Ryzen 3, 5, 7 and 9 and Ryzen Threadripper. Within the model name of a CPU, suffixes and capital letters stand for special features:

CPUs are developed generation by generation, which is reflected in the model designations. AMD numbers its Ryzen generations in increments of 1000. Therefore, first-generation models bore names like “Ryzen 3 1200” and “Ryzen 7 1700”, while third-generation CPUs are called “Ryzen 3 3200” and “Ryzen 7 3700”, for example. 4000 AMD skipped on the desktop market and introduced Ryzen 5000 right away in October 2020.

In practice, you will also encounter the following designations: 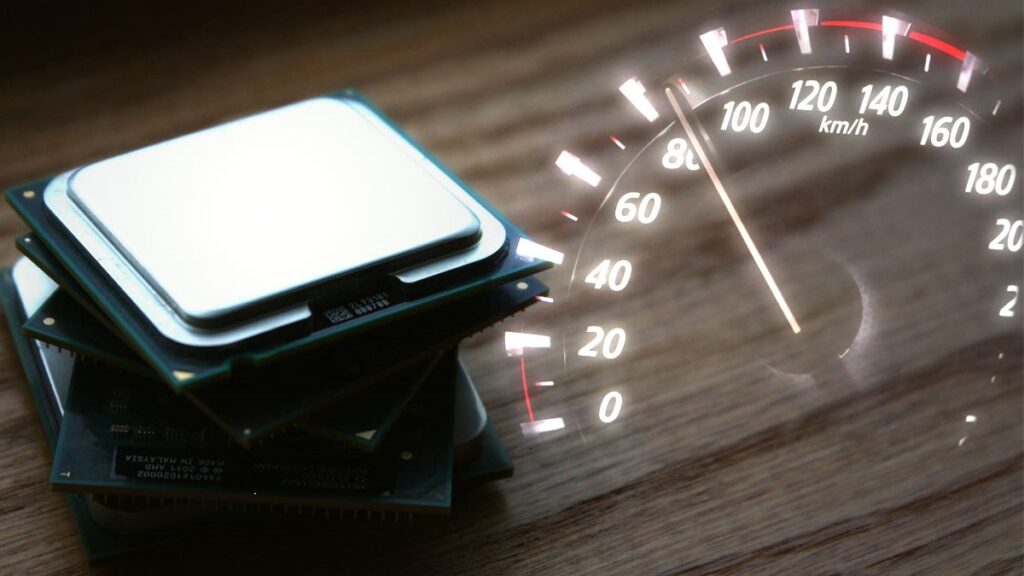 Knowing this, you can already roughly estimate the performance of CPUs:

In the following, we will answer typical questions. How do cores and threads work, what do you need for an integrated graphics chip and what does boxed or tray mean? Afterwards, you will find our CPU recommendations for gaming, working professionally or the upscale multimedia office routine.

Now that you have a good understanding of CPU models, in this section of our CPU buying guide we will share some more general information about CPUs. Stay tuned.

Each CPU houses a core that does the computing work. It is traditionally dedicated to processing a single thread, which we translate as “subroutine”. For example, a word processor’s threads might process text input, save the document, or print. 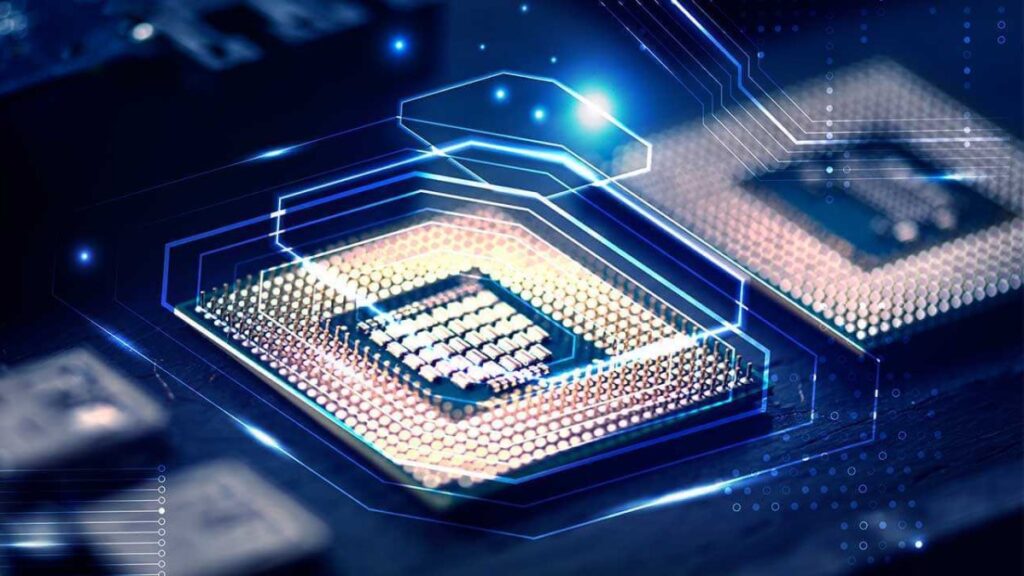 As more and more programs run simultaneously on PCs, there has also been an enormous increase in the number of threads to be processed. Therefore, the manufacturers typically provide desktop CPUs with several cores. This way, the performance can be increased much more efficiently than by optimizing the single-core, which goes on in parallel. New terms have come into use against this background:

In addition, some CPUs’ cores can each process two threads “simultaneously”. This is referred to as “multithreading” or, at Intel, “hyperthreading”. Such CPUs are described with “4 cores, 8 threads”, for example. Because processing does not occur simultaneously, an eight-core is usually superior to a four-core with multithreading, provided both come from the same CPU generation.

Intel distinguishes between so-called power cores (P-cores) and efficiency cores (E-cores), beginning with the Alder Lake CPUs. The first ones deliver exceptionally high performance but consume significantly more power. It is the other way around for the E-Cores: Their performance is lower, but they use comparatively little power during work. Windows is designed to distribute tasks optimally between P- and E-Cores starting with version 11. This can reduce the CPU’s power consumption and thus noticeably waste heat and fan noise.

Tip: Dual-cores are theoretically sufficient for surfing, e-mail and Prime Video, but they quickly run out of breath. Quad and inexpensive six-cores are also the better and future-proof choice for everyday use and simple games. Those who play current, performance-hungry games should by no means be satisfied with a quad-core, and preferably one with eight threads, or immediately go for an eight-core.

More is hardly worth it, though. It looks different for intensive images, videos and audio editing. Here, a CPU with 12 or even 16 cores can give you a much earlier end of work. If you consider an Alder Lake CPU, you should primarily look at the number of power cores. 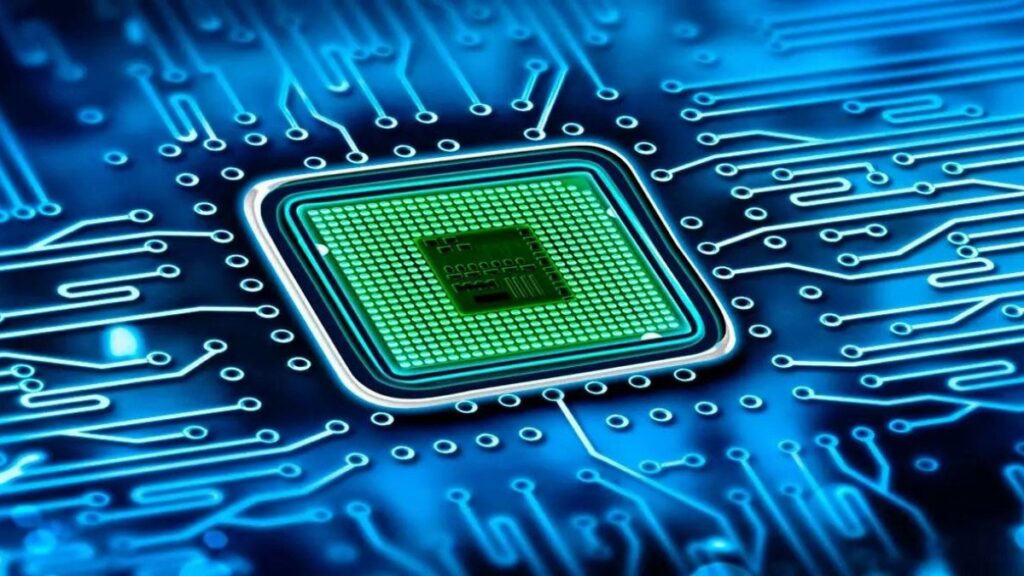 The processor cores’ clock frequency is typically specified in megahertz (MHz) or gigahertz. They express how often each Core can switch its transistors between 0 and 1 per second. However, the clock frequency is only suitable for assessing the performance of CPUs from the same family, for example, two Intel Alder Lake Core i5 models. Otherwise, other factors come into play. For example, the number of instructions the CPU executes per clock cycle, the number of CPU cores, and the CPU cache memory size.

It is, therefore, better to resort to benchmarks for comparing CPUs across brands and generations. To compile these statistics, one measures the real-world performance of a CPU while doing various tasks. You can find many benchmark results online by searching for the CPU’s model name and the word “benchmark”. A search like “Core i5-12600K vs Ryzen 5 5600X” will even often take you directly to a comparison of two CPUs in question. Or you can simply follow our recommendations later.

The PC needs a graphics adapter, also called a “Graphics Processing Unit” or “GPU” for short, for the graphics output. Typically, Intel’s desktop CPUs come with the GPU. Only when the model designation contains a capital “F”, such as in the Core i3-12100F, is a GPU conspicuous by its absence.

AMD has it the other way around. Here, a “G” in the model name stands for the presence of a GPU, for instance, in the Ryzen 5 5600G. AMD referred to so-called APUs (Accelerated Processing Units) in the past. This term persists, although it has disappeared from AMD’s marketing materials in the meantime.

AMD and Intel have increased the performance of integrated GPUs again and again. Still, it lags behind dedicated GPUs by far. However, you shouldn’t write off these solutions. Those who surf, stream videos and use the PC for office work are completely satisfied with an iGPU and can save money for an additional graphics card.

For simple e-sports games, such as Fortnite, current iGPUs are also sufficient. At least, this is true when you change the game settings so that the image is not calculated in too much detail. If you only need more graphics power later, you can easily add a dedicated GPU at any time. It gets along very well with the iGPU. 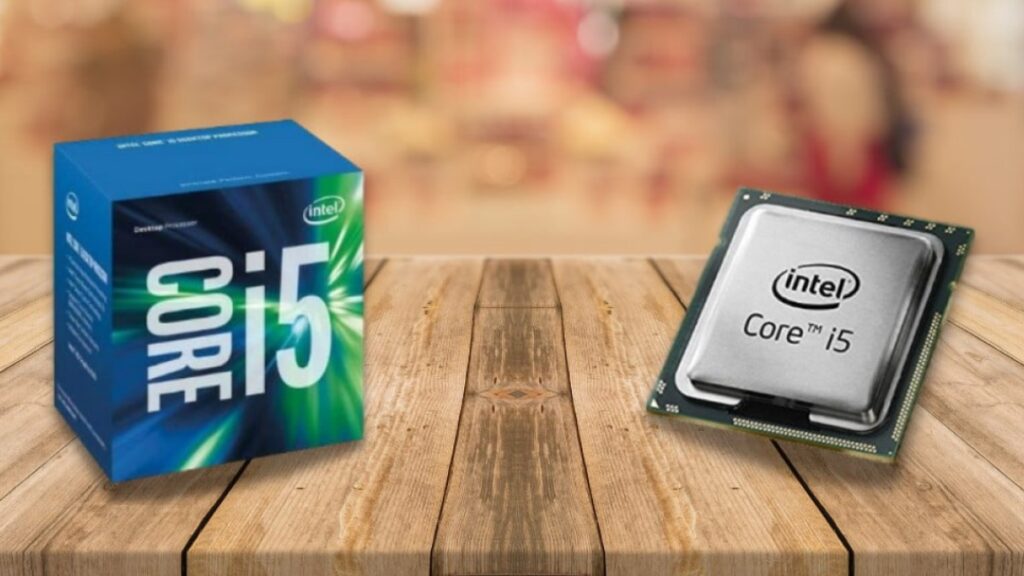 You will find CPUs both “boxed” and a “tray” version in stores. First of all, these abbreviations indicate the sales packaging. “Boxed” means that the CPU is delivered in an excellent original box. In contrast, the dealer picks the tray version from a plastic tablet and simply puts it into a noname packaging.

However, there is, in fact, more to it than that. The boxed CPUs are slightly more expensive. However, the two manufacturers offer a three-year warranty on these CPUs. In many cases, a suitable CPU fan is already included. In addition, tray CPUs are more likely to be returned. Therefore, we recommend buying a boxed version of a CPU whenever possible.

In the following, you can find our CPU recommendations for different purposes and different price categories.

Intel’s Core i3-12100 is from Intel’s current Alder Lake S family and went on sale at the beginning of 2022. This is a quad-core with eight threads. In contrast to the Core i7 and i9, Intel does without E-cores here and relies on P-cores throughout.

That increases the power consumption. On the other hand, this CPU is cheap with a current boxed price of just under 150 Euros (~$150). AMD will not be able to compete with this in terms of price until AMD’s Ryzen 5 5500 and 5600 go on sale in March/April 2022 at the earliest. 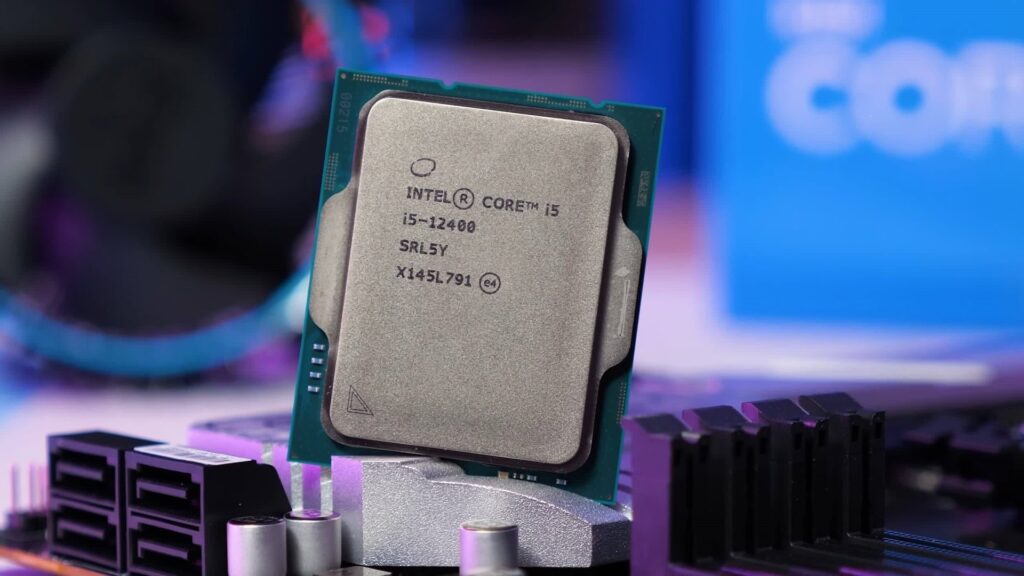 Intel Core i5-12400 as an alternative and price tip

Intel’s Core i5-12400 is also from the Alder Lake S family and offers a bit more performance for around 200 Euros. Particularly in multi-core applications, it pulls ahead of its little brother with an additional performance of about 30-40 percent. This is because Intel has installed 6 cores with 12 threads (compared to 4/8 in the Core i3). The i5 delivers about 10 percent more performance in games with FullHD resolution.

AMD’s Ryzen 5 5600X, released at the end of 2020, quickly became the darling of the gaming scene. The CPU currently costs around 230 Euros, is equipped with 6 cores and 12 threads. It comes from AMD’s Ryzen 5000 “Vermeer” series and features Zen 3 architecture. The Intel i5-12600K is already waiting in the wings. But it is still plagued by problems that are especially important for gamers. 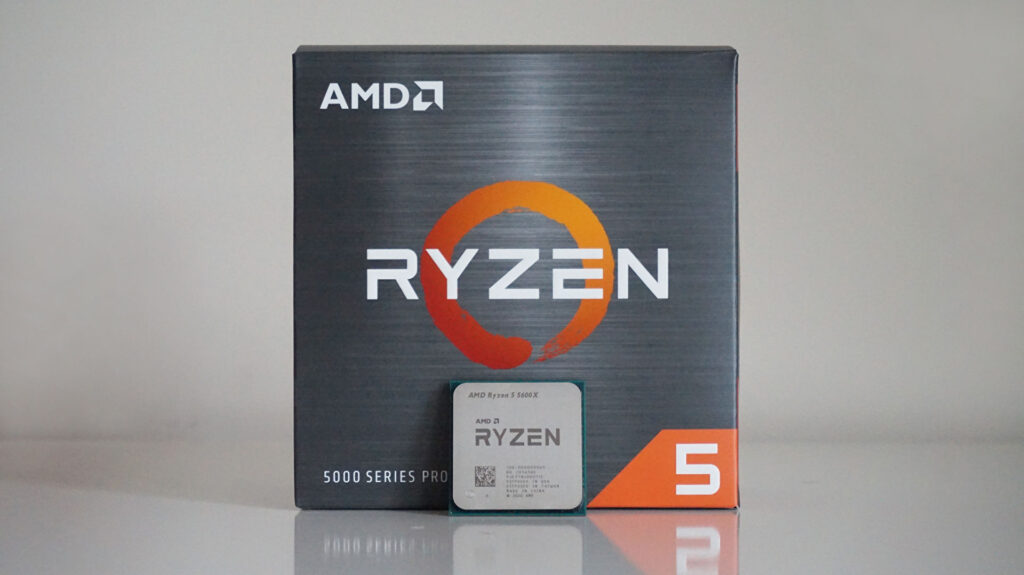 However, the Intel i5-12600K is from Intel’s twelfth generation (2021). It provides about 10% more performance in games, uses less power and can be overclocked well as a “K” chip. Nevertheless, for the time being, the i5 remains only an alternative. This is due to its higher price of just under 300 Euros.

AMD’s Ryzen 9 5900X brings a full 12 cores and 24 threads to the table for around 520 euros. From a technical point of view, this CPU is based on AMD’s Zen 3 architecture, which has advantages like a 7nm production process, PCIe 4.0 and good overclockability. Everywhere where many applications run simultaneously and/or the workload can be distributed over several threads, you benefit from the numerous processor cores.

However, AMD’s Ryzen 9 5900X also leaves a good gaming impression. Those who don’t need as many cores will also do very well with the AMD Ryzen 9 5800X, which is about 150 euros cheaper. 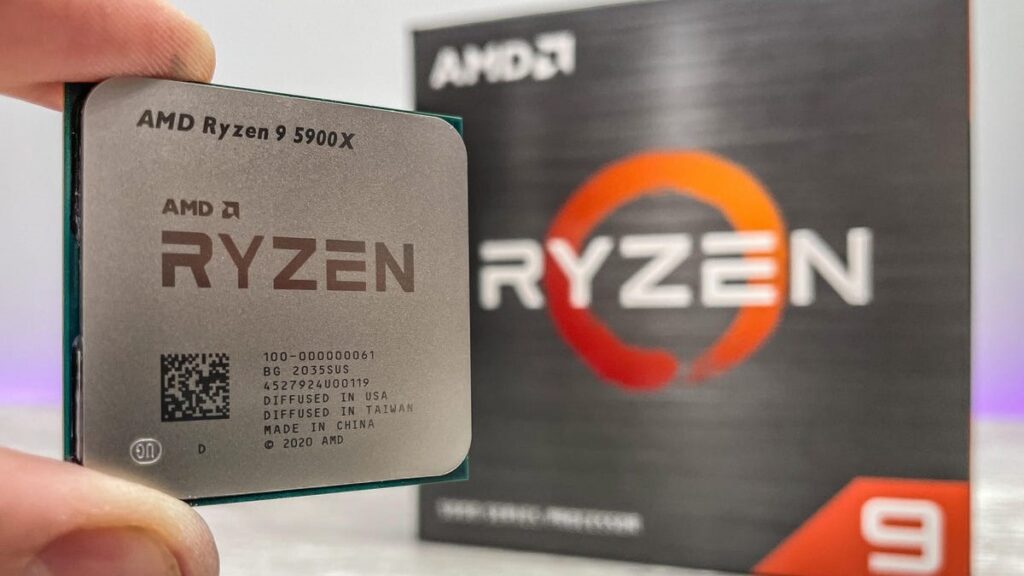 The alternative again comes from Intel. The Core i7-12700K comes from the Alder Lake-S series and has the usual division into eight P- and four E-cores. The i7 keeps up with the Ryzen 9 in the application field and performs about 10% better in games. However, the Intel CPU’s price advantage (about 410 Euros) is eaten up by the higher power consumption over time.

7 Wonders of Ukraine: These Monuments could be damaged by the Russian attack 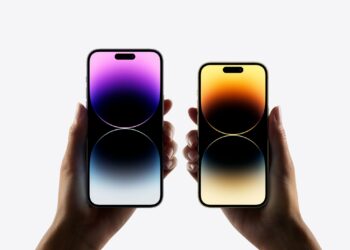 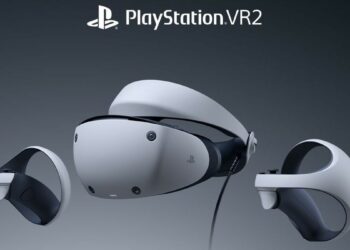 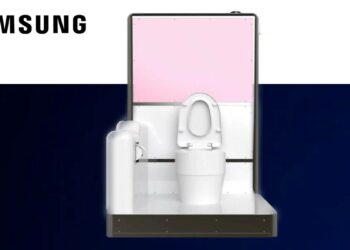