Destiny 2 Thrives on Its Random Loot – Will Crafting Destroy the Best of the Shooter?

Here we will answer the question!

Since Witch Queen, Destiny 2 has given players the chance to forge their own Godrolls. This means that the game of chance finally comes to an end for some good weapons. However, doesn’t the crafting feature automatically destroy the most important feature of the loot shooter? Well, we really wanted to find out.

So what makes Destiny 1 & 2 stand out? Bungie’s shoot’em up is all about the loot. You can get items randomly from activities and don’t know beforehand which perks or stats you can expect. It is all based on the RNG system. What gamers mean by RNG is a random principle that you can’t influence.

You can either play a mission and get an Exo or run the mission 20 times and never even get a blue engram in extreme cases. Destiny 1 has grown up with this system. It makes weapons and armor seem unique and drives players to sink hours into the space shooter.

However, after the release of Witch Queen, keepers no longer rely quite so heavily on the RNG god, but rather on their diligence. You can forge your own Godroll with enough time, and do so in a more focused and direct way than farming activities.

It sounds like a cool thing at first, and for players on a losing streak, even heavenly, but doesn’t this feature ruin the most important feature in Destiny?

Does weapon crafting destroy Destiny 2? The question can’t be answered that sweepingly. Fundamentally, weapon crafting is a great thing, as long as Bungie refines and uses it properly.

Much of the random-generated principle is definitely lost by this, since some good weapons can be forged to your requirements. No longer do they have to be farmed for hours in one activity.

However, that’s not a bad thing, because Bungie differentiates here between which weapons have to be farmed and which can be cobbled together in the forge at your leisure.

So what can you really forge? Mostly this concerns, seasonal weapons or guns which you can find in the new raid or dungeon. Even an exotic MP can be made at the Enclave’s workbench, but not weapons from older raids or dungeons. 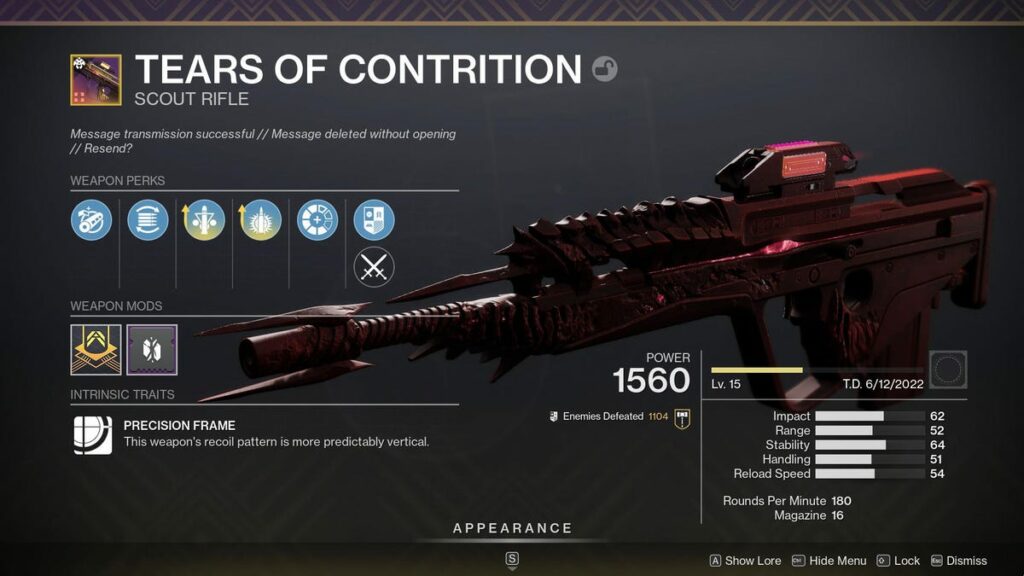 According to Bungie, this list will grow steadily after Witch Queen. Therefore, it could be that other well-known guns will find their place in your collection of blueprints in the future.

Do you think the Forge should be removed? Absolutely not. In fact, Bungie has chosen which weapons can be forged and which cannot. With this implementation, developers have provided you with a safe but harder source to craft your Godroll.

Guardians who forge their Godroll also sink hours into unlocking their weapon blueprints and making them according to their preferences. This doesn’t take players on a shortcut, but just the direct but longer route to getting their dream gun in their hands.

The YouTuber Aztecross also believes that both features can continue to exist together in harmony in Destiny 2. It is solely up to Bungie how efficiently they will celebrate and improve the forge and which weapons can be forged and which not.

According to the YouTuber, there are some weapons that are better when farmed than when forged, and vice versa. The new feature of the Witch Queen expansion thus does not prevail as “The Best Source”, but only as another little door, which guardians can reliably use.

And Bungie may and must keep the boundary clear as to which weapon is malleable and which is not. Should this limit be crossed, the Forge could actually destroy Destiny 2’s most important feature.

So what do you guys think of the Forge? Do you find it good? Alternatively, would you like all weapons to be able to be forged at some point? Please let us know what else Bungie should change to make forging perfect!