According to a study published in 2015, a long-held prejudice seemed to be scientifically confirmed: House cats feel largely independent of their owners and as a result show virtually no separation anxiety when their mistress or master departs their shared home. This may seem to be contrary to the everyday experience of many cat owners – and indeed another study a little later showed that cats do form emotional bonds with their human guardians.

In any case, whether humans are true life partners for them or just casual roommates, cats have come to understand human communication: They can properly interpret pointing gestures and gaze cues, and differentiate between human facial expressions, emotional states, and tone of voice. In fact, a 2019 study was able to scientifically prove what owners of Minka, Mimi, Felix and Co have known for a long time anyway: Cats know their own name.

A team headed by Saho Takagi at Azabu University in Japan has now come to an even more amazing conclusion. It appears that the velvet paws also know the call name of familiar fellow species, and possibly even the names of other people living in the same household. “What we have discovered is amazing,” explained Saho Takagi. “We might think that cats take no notice of interpersonal conversations, but in fact they seem to eavesdrop on us frequently.” 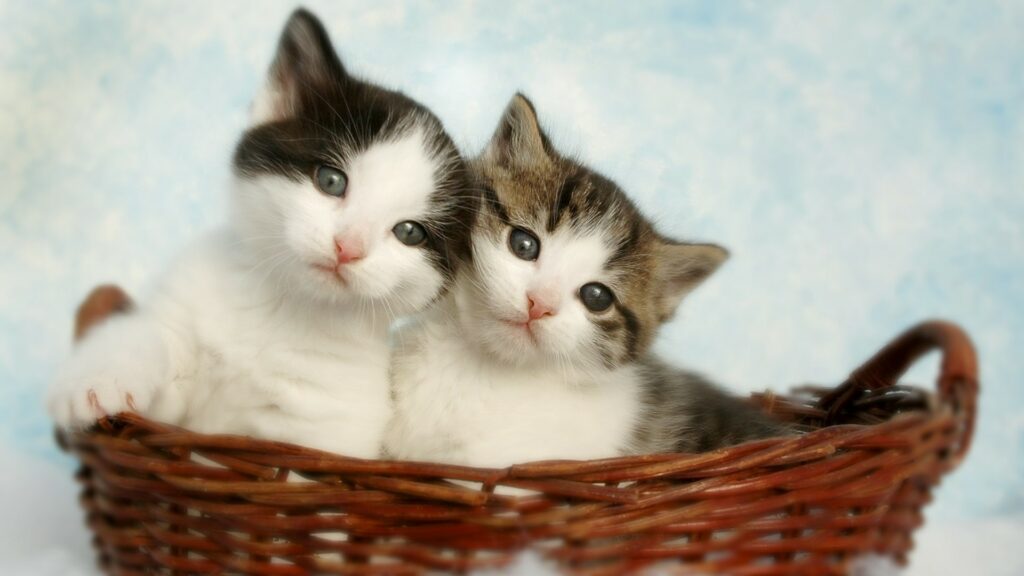 Forty-eight cats participated in the research, 19 from multi-cat apartments and 29 who lived in five so-called cat cafes in Japan, where visitors are able to interact with the resident animals while enjoying their tea or coffee. During the experiments, the researchers showed the cats the image of known fellow cats from the same household or café, while the owner’s voice called out the name of the cat pictured or a fake name.

Differences to the cat café cats

Based on the cats’ reactions to each of the incorrect or correct names, the team was able to draw its conclusions: When a picture was combined with a false name, subjects gazed significantly longer at the image. This effect was particularly strong in the family cats. Animals from the cat cafés reacted less clearly. The researchers believe this could be because their names are called less frequently in everyday life.

What the team believes is that the cats learn the names of their feline roommates by observing their interactions with humans. In a further experiment, the scientists used recordings of the human roommates, which they also played back false and correct names to. Like before, the cats responded with irritation when the names did not match and stared at the screen for much longer – indicating that they were also likely to know the names of “their” fellow humans.

While the results, published in the journal Scientific Reports, are astonishing, the researchers acknowledge that the study as a whole is quite small. Therefore, further investigations are needed to substantiate their findings.

The results of another Japanese team, which investigated why cats are so crazy about catnip, are a little more tangible. The fact that the plant contains substances that keep certain species of gnats at bay has been known for some time. But as the researchers led by behavioral biologist Masao Miyazaki of Iwate University now write in the journal “iScience,” it is probably the cats’ enthusiastic rubbing and chewing of the herbs that really brings out their insect-repelling effect.

The function of the plant substances, known as iridoids, is actually to keep predators, bacteria and fungi away. In the experiment, it was shown that these chemical compounds, which are also found in silver wine, valerian and devil’s claw, are released in tenfold quantities when the plants are chewed by the cats or broken down in some other way.

In addition, the scientists found that the released mixture of iridoids changed, making it even more attractive to the cats. Now the researchers want to find out which genes cause the euphoria for catnip in the furry noses. It is also a mystery why humans, dogs and other animals remain largely unimpressed by the substances in catnip.