The first content update after the release of Diablo Immortal has been released. The developers announced in a recent blog entry that the action role-playing game will be updated with additional content on a regular basis in the future.

Finally, today, July 7, the first update for Diablo Immortal was released. There is new content in the game after more than a month. Gazettely will tell you what’s in the latest patch.

When will the update be released? Since 3:00 a.m. server time on July 7, the update is active. So you can test the new content right now. This patch’s maintenance work took place the day before.

If you played yesterday, you will not need to download another update. If not, the download size is roughly 450 MB, although some players report having to download the entire game again (around 12 GB).

One of the new contents, the new raid boss Vitaath, has been available to play ahead of time. But the update brings even more new content with it.

There are several changes and bug fixes in the first update. Nevertheless, one of the biggest criticisms has not been addressed: the legendary gems.

This is what’s new: A new Battle Pass was activated with the reset at 3:00 am. This offers 40 levels of rewards again, and after that a box of the slowly running out Hilt for each additional level. The rewards include: 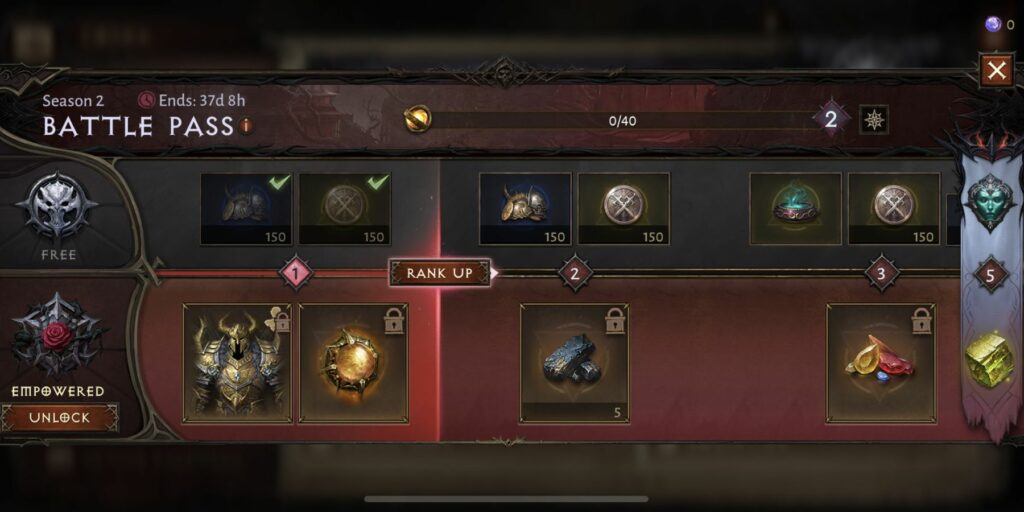 The Battle Pass, like last time, has a free path and an upgraded paid path. Cosmetics like the new Blood Oath set and associated weapons are available for upgrade for €4.99. Getting the portal skin, a portrait frame, and 14 levels of advancement costs €14.99.

Besides Vitaath, the only new content is a weekend event that takes place from July 15 to July 18 at 3:00 a.m. server time each day. The “Starving Moon” is a world event where you will have to collect moon shards.

You can trade the shards for blessings. You will receive a random reward for 7 blessings, and if you collect “enough blessings”, then the moon will “show you favor”. Exactly what’s behind this, we don’t know yet.

Here are the changes: Additionally to the new content, there are some adjustments to existing content. For example, monks and wizards will receive a buff. Both of them were on the bottom ranks of Diablo Immortal’s tier list so far. 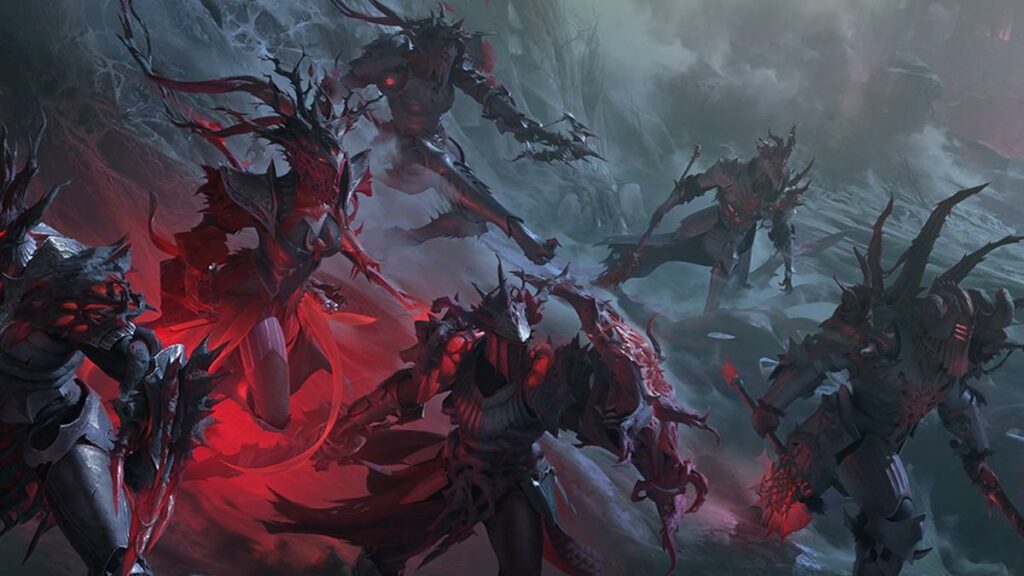 For monks, the damage of Exploding Hand will be increased and some Legendaries that revolve around this spell will be adjusted. The wizard gets improvements to Arcane Wind, the Legendary Syldra’s Fang, and Lightning Nova.

Furthermore, a number of bugs have been fixed. Among the most important changes is the adjustment of spawn rates in the Library of Zoltun Kul and Mount Zavain. While both locations have been popular farm spots, they were also the subject of criticism for AFK farmers and bots.

Additionally, several minor bugs have been fixed to the general gameplay, conflict cycle, battlegrounds, and UI. You can find more details in the official patch notes and on the hotfixes for the PC beta.

What’s next? The developers reveal in the outlook that there are still more changes to come. What exactly is still being kept under wraps. There is just one new piece of information: The next update will be released at the end of the month (July) and will include the class change.