With a new update for "Horizon Forbidden West" comes a performance compromise: Anyone who wants to can play at 40 FPS on PlayStation 5 in the future.

“Horizon Forbidden West” is another well-known video game that gets a 40 FPS mode. The so-called “Balanced” mode is part of a new update for “Forbidden West”, that has been available for download since Wednesday. This feature is only available on the PS5 version of the action game.

Having 40 FPS is suitable as a compromise between the established frame rates: Console games frequently let players choose between a smooth 60 FPS with reduced graphics details and a more choppy 30 FPS at maximum graphics settings.

“Forbidden West” similarly came with these two performance targets at release, which mapped the typical dilemma: You could either enjoy the full graphics at a slow 30 FPS or put up with the more comfortable gameplay experience of 60 FPS with a much reduced resolution and visible flickering.

“FPS” stands for “frames per second”. The more frames are displayed, the smoother the gaming experience. A picture stays on the screen for 33.3 milliseconds at 30 FPS, and only 16.6 milliseconds at 60 FPS. At 40 fps, a frame time of 25 milliseconds is exactly in between. This means that the loss of smoothness is less than when playing at 30 FPS, and the graphics quality doesn’t have to be lowered as much as with 60 FPS.

But in order for 40 FPS to make sense at all, you need a modern display with a refresh rate of 120 hertz. It is important for a smooth perception that the frames per second match the refresh rate of the TV: On a 120 Hz TV, a 40 FPS picture will stop for exactly 3 frame repetitions. 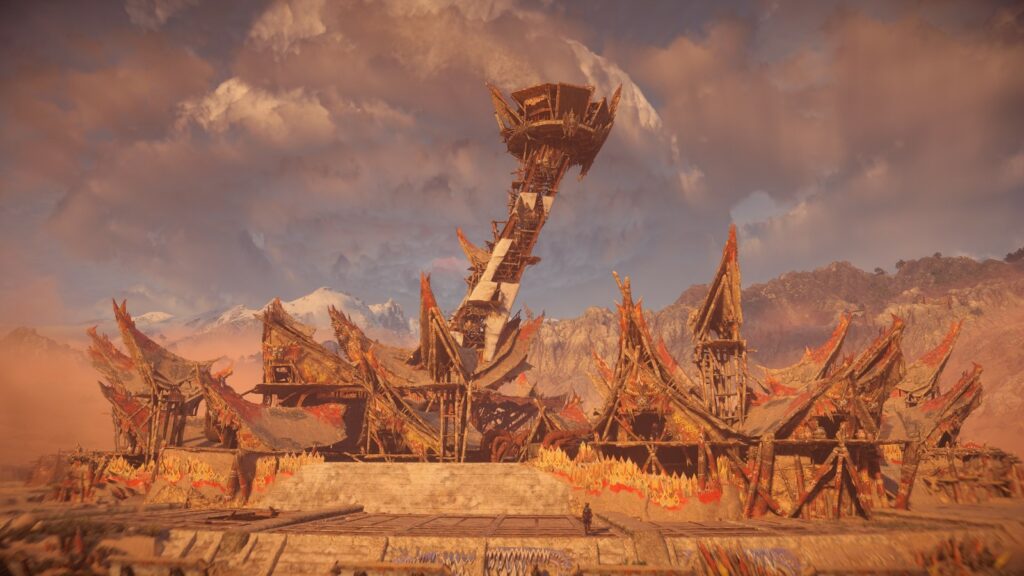 In contrast, 40 FPS does not work with the classic 60 hertz models, which results in jerks and cracks in the picture, so-called “tearing”. Thus, those who own a monitor with 60 hertz should stick to 30 or 60 FPS.

Despite their benefits, 40 FPS modes are only slowly establishing themselves in video games, which is probably also due to the demands on the TV. “Forbidden West” developer Sony has launched a 40 FPS mode in “Ratchet & Clank: Rift Apart”, for example. Meanwhile, Valve also offers the option to play at 40 FPS on its Steam Deck.

Furthermore, the new update for “Forbidden West” on the PlayStation 5 supports variable refresh rates (VRR). This means that the TV’s refresh rate adapts exactly to the frame rate of the player. Using VRR, the TV updates the picture exactly when it receives a new frame from the console. As a result, jerkiness and tearing are eliminated and video games are freed from their rigid performance limits.

Typically, games have to keep their performance target precisely in order to provide a stable gameplay experience. When VRR is enabled, however, minor FPS fluctuations are barely noticeable, if at all. Therefore, if you have a compatible display – modern monitors and TVs with HDMI 2.1 – you may want to enable the VRR feature on your PlayStation 5.