The brew station could make for some of the most interesting potion-to-potion fusions.

by Gazettely Editorial
in Games, News
Reading Time: 4 mins read
A A
0
Share on FacebookShare on TwitterShare on PinterestShare on WhatsAppShare on Telegram

Minecraft is a benchmark in the video game industry. Even though more than a decade has passed since its launch, it continues to impress that the game has been evolving in very positive ways. The first and one of the most notable was when Mojang upgraded its maps after being bought by Microsoft in 2014.

But, while the online survival modes are among the cornerstones for Minecraft, the category that greatly helped boost this popularity was the creative mode.

The latter has its own reasons for being. Not just because a large number of players have shown a lot of skill in making their respective creations or imitating the real world, but also because the sandbox has extended all the elements available within its world. In every single biome we have seen a noticeable improvement, as well as more and more details that could have a bit of reality from its cubic perspective.

Adding animals, weather or interaction systems and manufacturing or empowering objects has certainly made Minecraft much more versatile. This variety of options opens the door for players to dare to explore the sandbox without being afraid of encountering the same thing they did a few years ago. While scenarios increasingly stick to the details of an existing world, even the tools also have their own goodness.

To be able to create the artifacts of a basic livelihood, gamers have a crafting table that allows them to get from the most basic items to evolve them into spell tables or other blocks that they will find useful for their constructions.

Whenever Minecraft is updated, a number of recipes have been implemented to create new objects or Mojang includes a new use for them. And although this is the standard crafting technique, it has not exactly been updated in the same parameters as biomes, for example. What’s been bothering fans is that crafting stations haven’t made the great strides that other Minecraft features have. 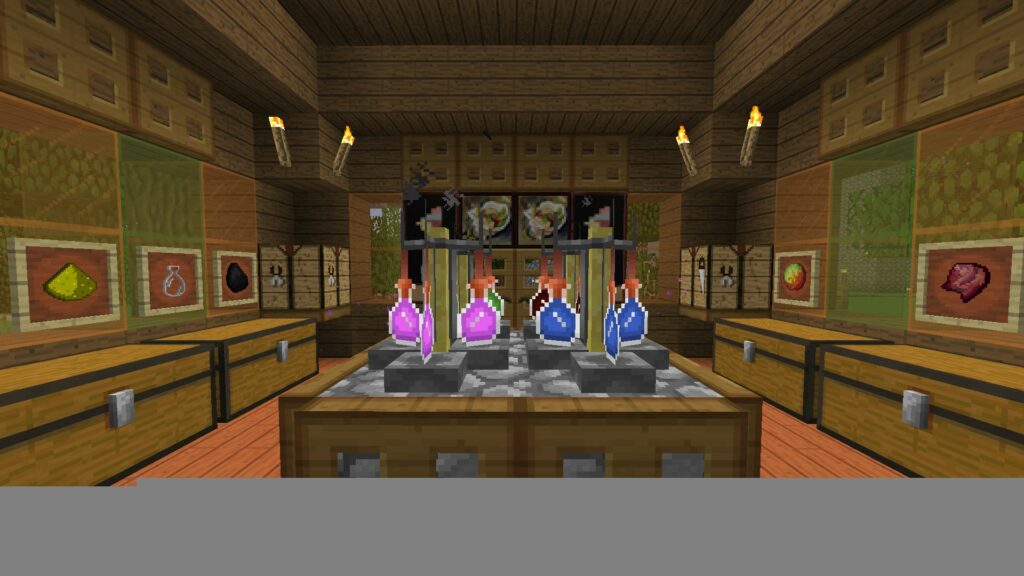 Among the best examples of this apparent lag is with brewing stations, the last potions of which were included in the Java edition of Minecraft 1.13, which was highlighted by its updates to the aquatic biome and the inclusion of new marine species. From that point on, it was possible for players to craft potions from the turtle master or slow-fall (which are some of the most peculiar ones found in the sandbox).

To judge by the time that the aquatic update has elapsed and the novelties that would have to be recognized to it, the Minecraft players are waiting for Mojang to take care of the potions. At that point, they could certainly improve the potions system.

Some of the options for the potion system in Minecraft

As we mentioned, brewing is one of the most popular crafting stations, in which players can create poison or induce vulnerability and, while, they can do them manually by using potions, brewing may be the solution to these expectations (especially since it doesn’t give access to the full roster).

And the effect possibilities are indeed wide for Minecraft players. One that would make the mining process more useful and bearable could be the rush, taking into consideration all that sometimes you have to go through to find minerals.

In this way, if Mojang made the potion more accessible, then players would have better results. Alternatively, lucky potions, for those looking for rare items. An alternative for healing would even be the absorption potions, after monsters have surprised you. 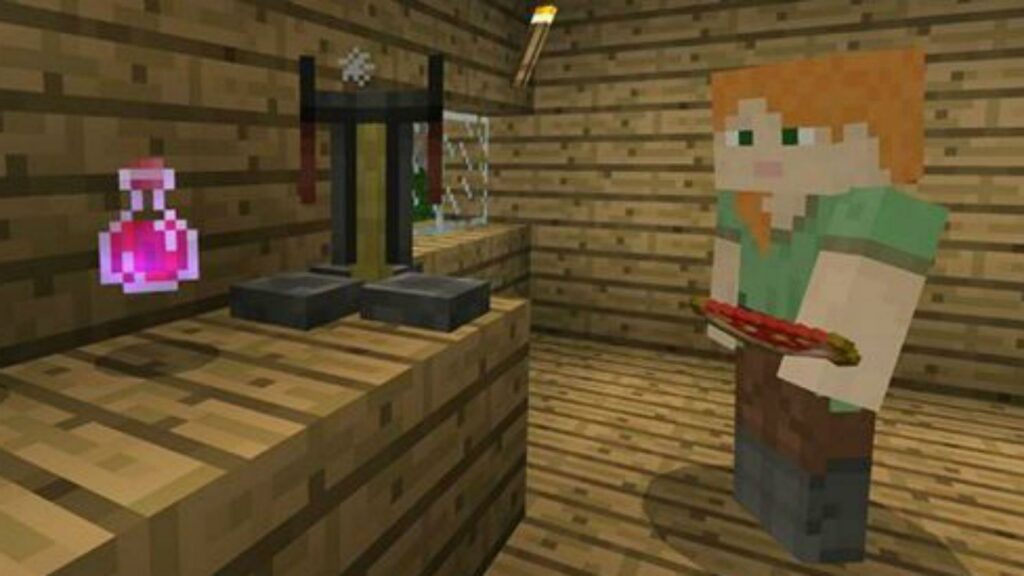 Furthermore, between these effects that are basic and well known, potions can also be combined to learn about other types of experiments. Particularly because the turtle master’s potion has been a pioneer in boosting stamina, in exchange for temporary slowness.

In this regard, Mojang might test some of the potions that already exist to make them more complex, in conjunction with different crafting processes. What does this mean, though? You could add a strength potion at the same time as you add mining fatigue in order to slow down player attacks. Alternatively, a speed and healing potion added to a temporary weakness may help the player escape from difficult situations.

Updates to potions could bring many positive changes.

Ultimately, all of these additions, besides the fact that they could improve the Minecraft experience, surely would also inspire players around the world to build new content and seek new outcomes. Although they require other ingredients, it is the opportunity for Mojang to continue bringing in mobs and would even raise the creation of other dimensions as a solution to such quests or interactions.

And considering that updates to the potion crafting system has been subject to the introduction of mobs, the sandbox has plenty of opportunities to continue to attract thousands of players as it has so far.

Unfortunately Mojang has not released an update and the game mechanics hints that it may not happen any time soon. Nevertheless, it never ceases to amaze how much the Mojang team has achieved over the years.