As the years go by, we keep learning details about the development of Uncharted 4: The Thief's End. This time, one of its developers has revealed a cancelled tribute of the game to James Bond.

by Gazettely Editorial
in News, Games
Reading Time: 2 mins read
A A
0 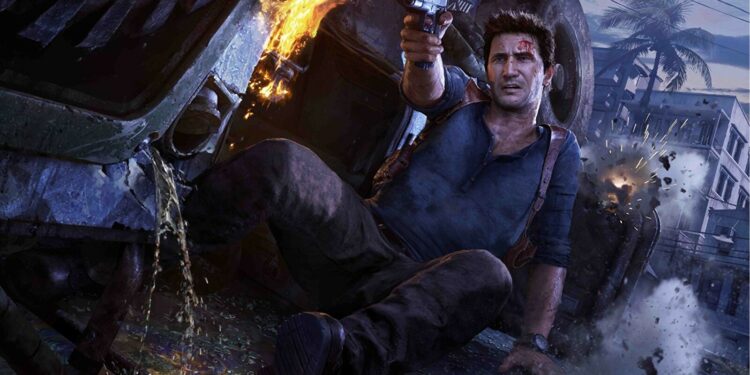 The years go by, but Nathan Drake remains in our hearts as if he had never left. This PlayStation adventurer played his last great quest in 2016, but his reputation is eternal and even to this day he is still generating headlines.

As the years have passed, we have been fortunate to learn a few secrets about the development of Uncharted 4: The Thief’s End, like the fact that it may have had a mechanic that could have made it a more challenging game or that the game restarted its development following the departure of Amy Hennig from Naughty Dog.

The information doesn’t stop there though, as a member of the PlayStation studio recently has been providing more details. That famous Jeep chase scene could have been very different.

As Uncharted 4 co-lead designer Kurt Margenau commented in an interview with Couch Soup, Naughty Dog discussed the possibility of paying homage to James Bond by taking a scene from the movie Diamonds are Forever as a reference.

This James Bond film starring Sean Connery was a big hit and had a legendary moment where the famous character escapes with his car through a narrow alley on two wheels, you can see it in the following.

According to Margenau, the team almost copied this idea, but it was finally ruled out. “In fact we did a prototype of doing that during the jeep chase in A Thief’s End,” he said.

This was not the only inspiration for developing this action-packed and dramatic scene. He also confirmed that Michael Bay’s films were a big influence on the studio’s vision. We were taking all the craziest chases out of the movies.

Remember the chase? Without a doubt, it’s one of the most iconic moments of this fourth installment. What did you think when you were playing this level?

The first trailer of Bleach: Thousand-Year Blood War has just been released.