From 1960s to the 2010s, here are the best football attacking trios of all time!

by Gazettely Editorial
in Football, Sports
Reading Time: 4 mins read
A A
0 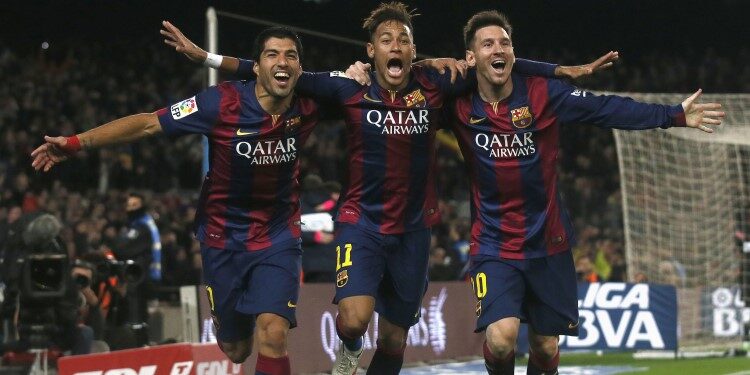 Without a doubt, attackers are the most famous between footballers and the reason is very simple: they score goals! Throughout the history of football, we have seen some impressive attackers who from time to time, built amazing attacking trios together with their teammates at the front line. With Lionel Messi, Kylian Mbappé and Neymar together now, they form one of the most legendary attacking trios in the world of football. In this article, we will take closer look at some of the most dangerous attacking trios that have marked the history of the game over the years. 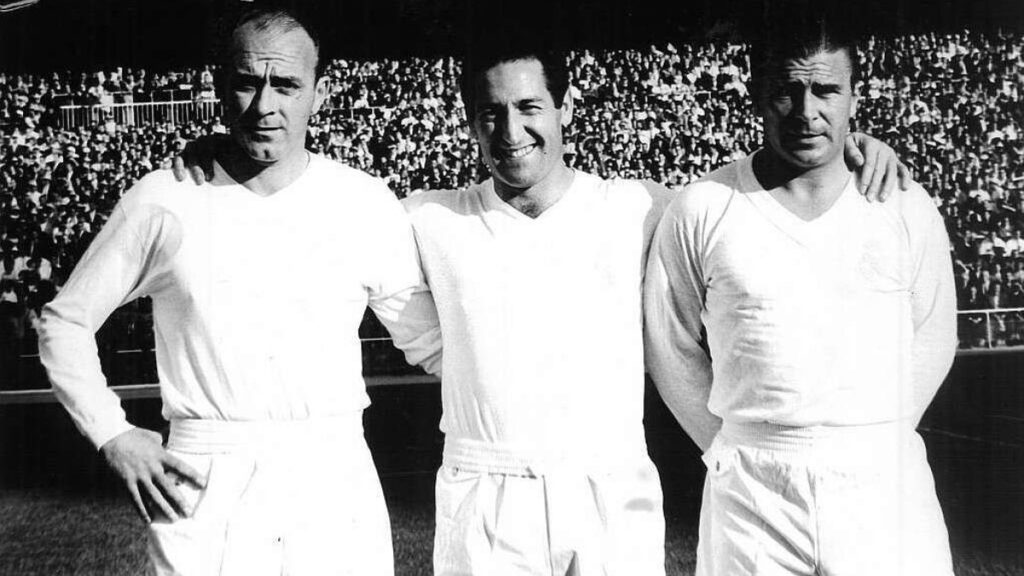 The three of Di Stefano, Puskas and Gento were the first to write the pages of the greatest club in the history of world soccer. In 1960, the three of them totally dominated the final of the Champions Cup, where they defeated the German club Eintracht Frankfurt 7-3, reflecting their lethal combination of talent and friendship. 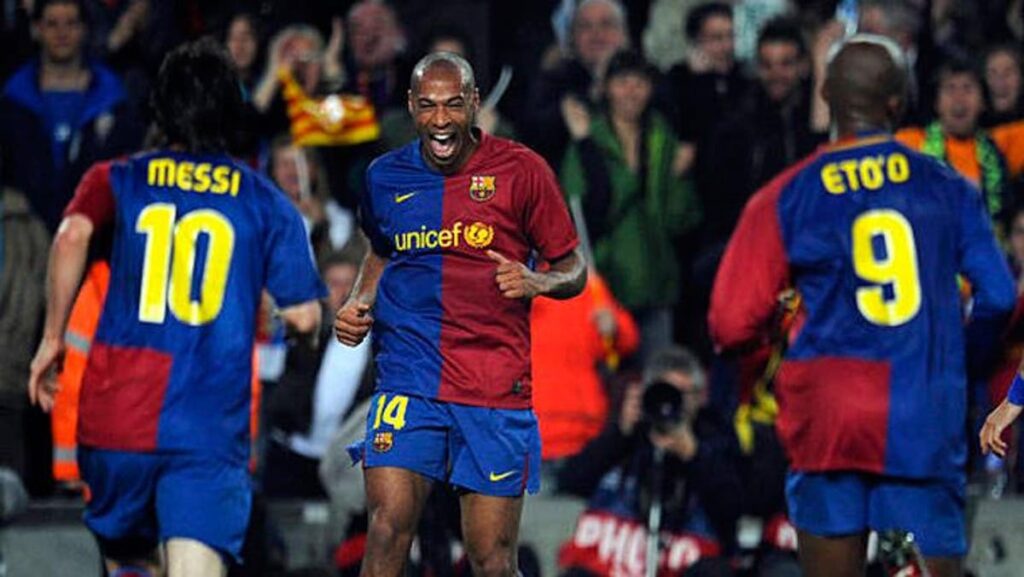 Barcelona made history during the 2008-2009 season by becoming the first club in Spain to clinch the league, cup and Champions League treble. Eto’o, Messi and Henry together scored 100 goals, which was crucial in helping the club to achieve such success and the young Messi won his first ever Ballon d’Or. 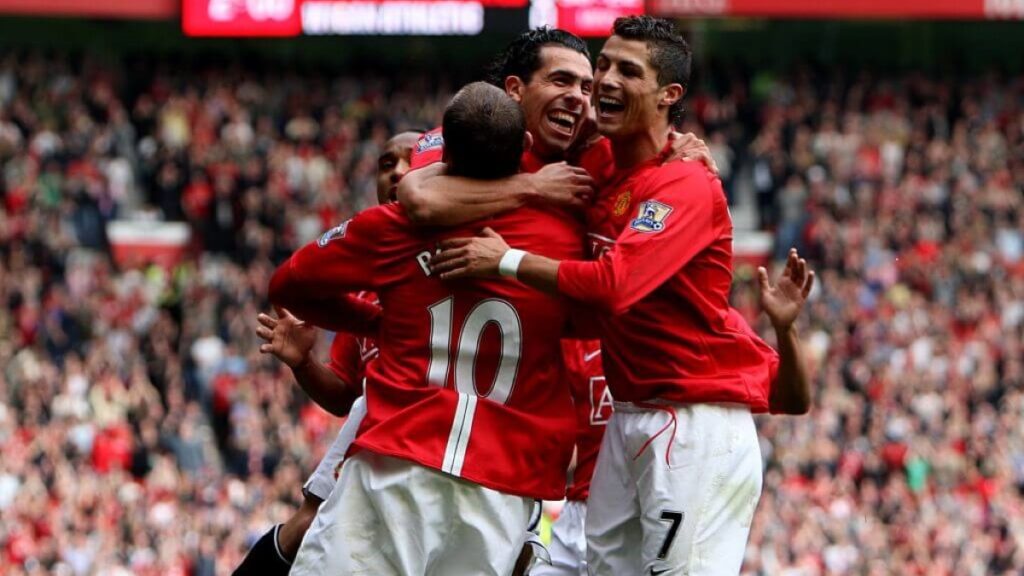 In the days of the great Manchester of the late 2000s under Sir Alex Ferguson, there was a trio of strikers consisted of Cristiano Ronaldo, Wayne Rooney and Carlos Tevez, who scared the whole of Europe. They scored 79 goals in the 2007-2008 season and also won the Champions League. 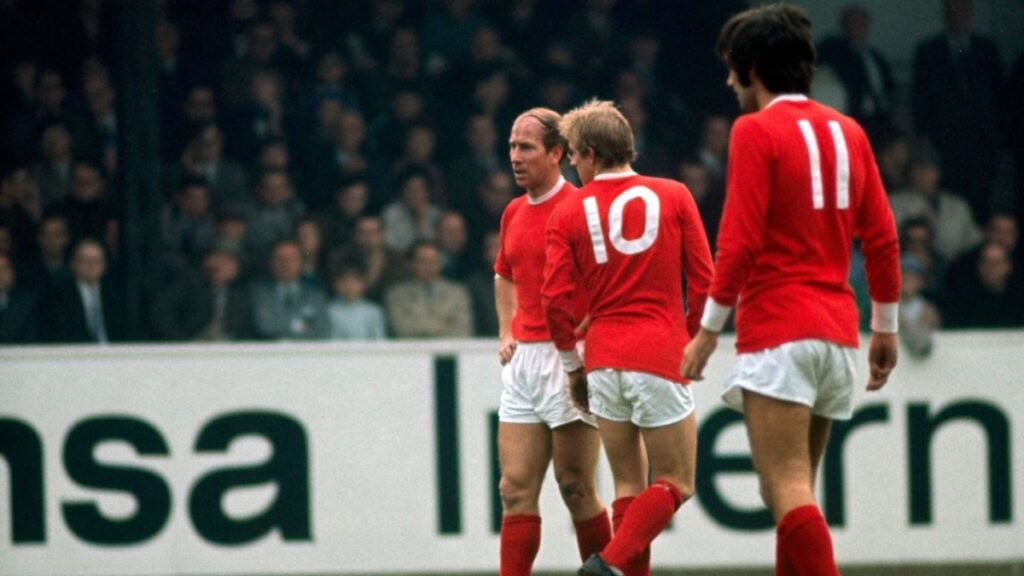 The famous “Holy Trinity” of the 1960s, which was made of Best, Law and Bobby Charlton will be remembered as the most symbolic attacking trio in the history of the Manchester United. The three Ballon d’Or winners were able to complement each other like no other trio in the history of soccer and win the Champions Cup. 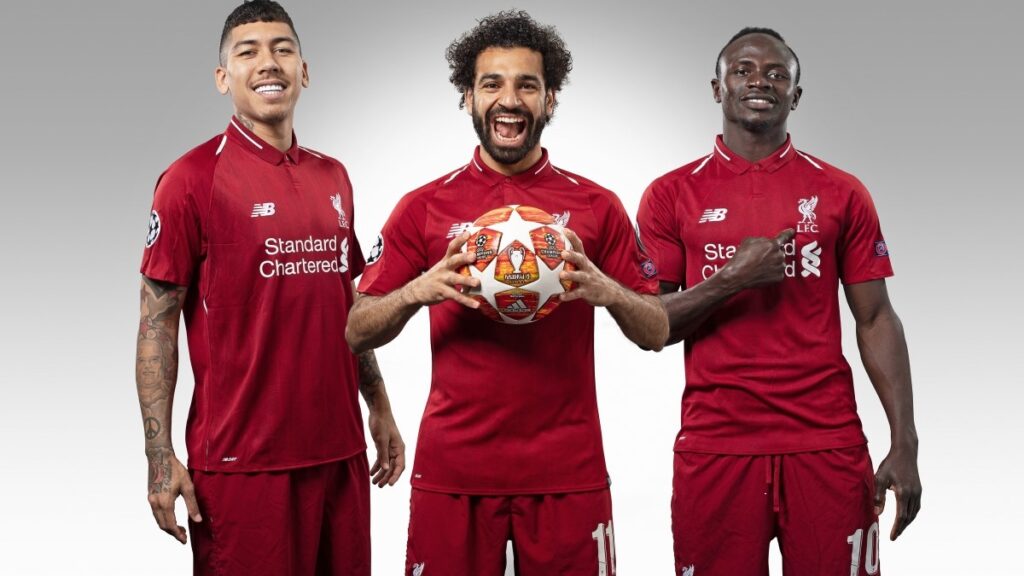 The trio of Salah – Mané – Firmino managed to give back to Liverpool its former glory. They won the Champions League, the English Premier League and most importantly, they netted a lot of goals to bring back the reputation of one of the most historic English clubs. 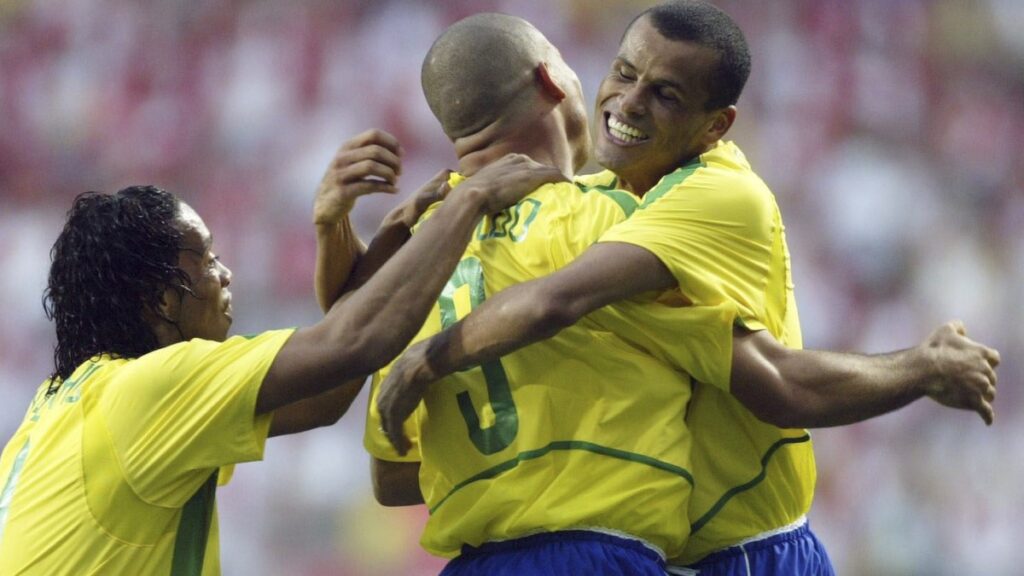 The 3 “R’s” were key in helping Brazil national team to win the 1999 Copa America and the 2002 World Cup in South Korea and Japan. This dangerous attacking trio scored 11 goals in 6 matches to win the first one and 15 goals in 7 matches to win the fifth world title in their history. The only regret is that the three players did not play for Brazil for a longer period of time. 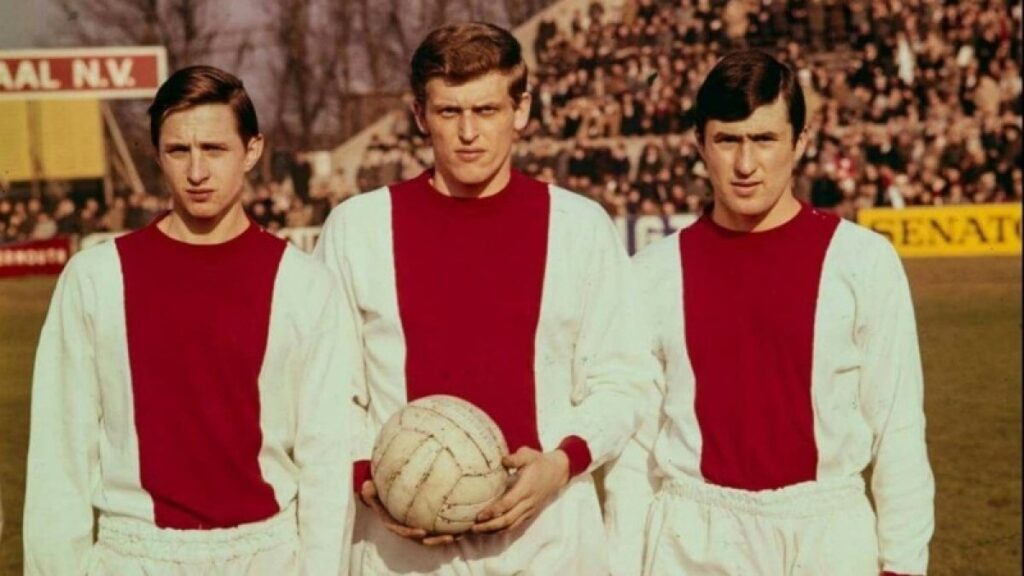 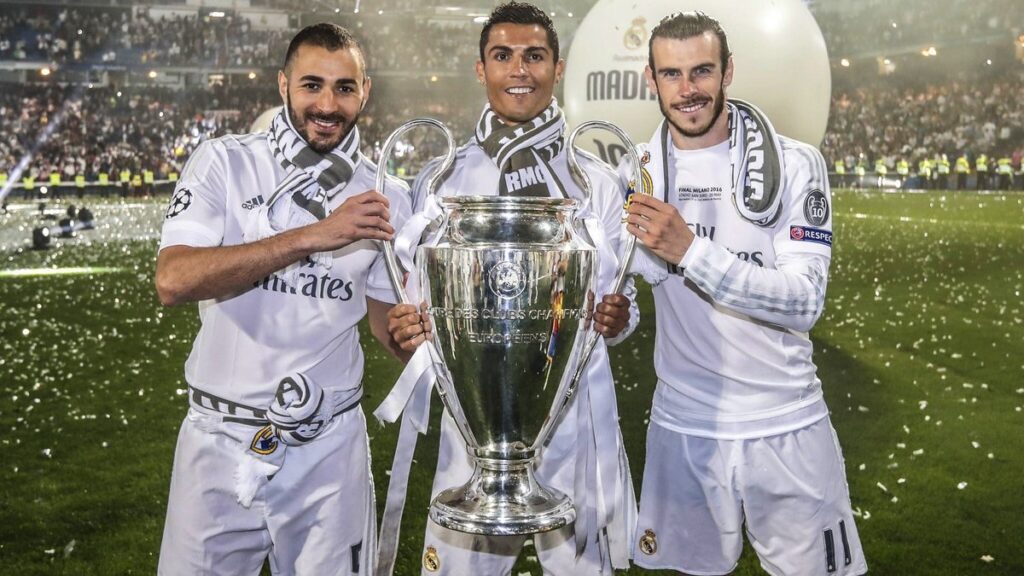 The BBC was overshadowed by the trio of Messi, Neymar and Suarez in the 2014-2015 season, but subsequently emerged as one of the most dangerous attacking trios in Europe, as they won three Champions Leagues together. Nevertheless, Bale and his two teammates lacked the necessary complementarity over the long term. 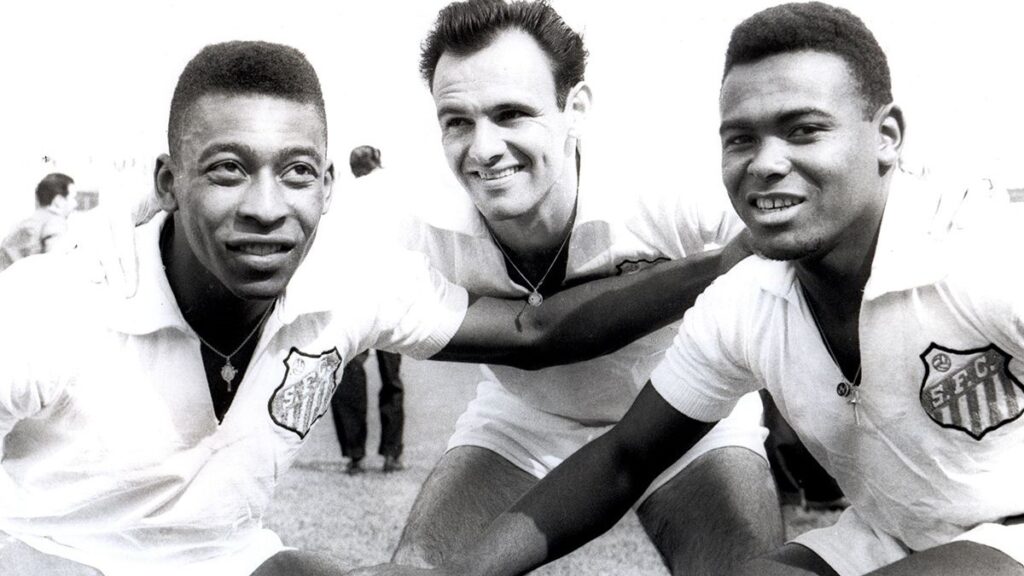 One thousand four hundred and eighteen goals scored in 15 years. Pele scored 643, Pepe 405 and Countinho 370. You can always debate about the figures and the accuracy of the statistical archives of the time, but this one is completely mind-blowing. Pepe, Pele and Coutinho at the time, turned Santos into one of the best football clubs in the world and they managed to win many trophies together. 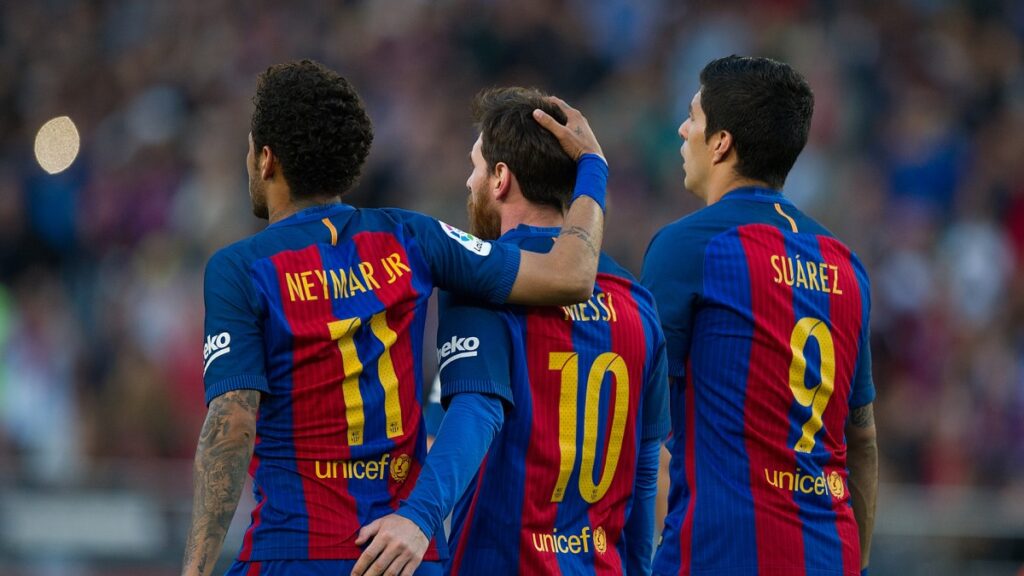 The three of Lionel Messi, Neymar and Suarez together scored 122 goals in a single season, which was the result of an unprecedented complementarity and they won all the competitions in the 2014-2015 season. Over three seasons and 135 matches played together, the three everyday friends scored 344 goals and most importantly, the history of football.

Do you know any other dangerous attacking trios who deserve to have a place in our list? Please let us know in the comments section below.

How to Live a Minimalistic Lifestyle in 7 Days