by Gazettely Editorial
in Sports
Reading Time: 4 mins read
A A
0
Share on FacebookShare on TwitterShare on PinterestShare on WhatsAppShare on Telegram

Everything remains the same in Formula 1: World champion Max Verstappen extended the winning streak of his Red Bull racing team to six with his success at the Canadian Grand Prix and is leading the drivers’ world championship more and more clearly – as his teammate Sergio Perez withdrew and Ferrari star Charles Leclerc could only improve to fifth from 19th on the grid.

“Ferrari was fast, it was really exciting at the end, it was really fun,” Verstappen said. Leclerc’s teammate Carlos Sainz finished second, with less than a second separating him from the world champion at the end. “I tried everything,” said the Spaniard, “I also got close, but it would have taken a bit more to overtake.”

The 24-year-old Verstappen beat Sainz and Lewis Hamilton (England/Mercedes) into second and third place in what was already his 150th Formula 1 race. The performance of Hamilton was especially remarkable: A week ago, the record world champion was still cringing from back pain; in Friday practice in Montreal, he berated his slow car; on Sunday, he clinched his second podium after the season opener in Bahrain.

Now Verstappen already has 175 points on his account. Meanwhile, Perez, who was forced to withdraw early with a drive failure, still has 129 points, with Leclerc on 126 points after nine races. After two engine failures in the last three races, the Monegasque was again not kissed by luck: Due to engine penalties, he was forced to drive behind the field.

Verstappen, the pole-setter, pulled away easily at the start. Veteran Fernando Alonso next to him, who had made it back to the front row for the first time in almost ten years, was unable to even start to follow through on his threat to attack the Dutchman in turn one. 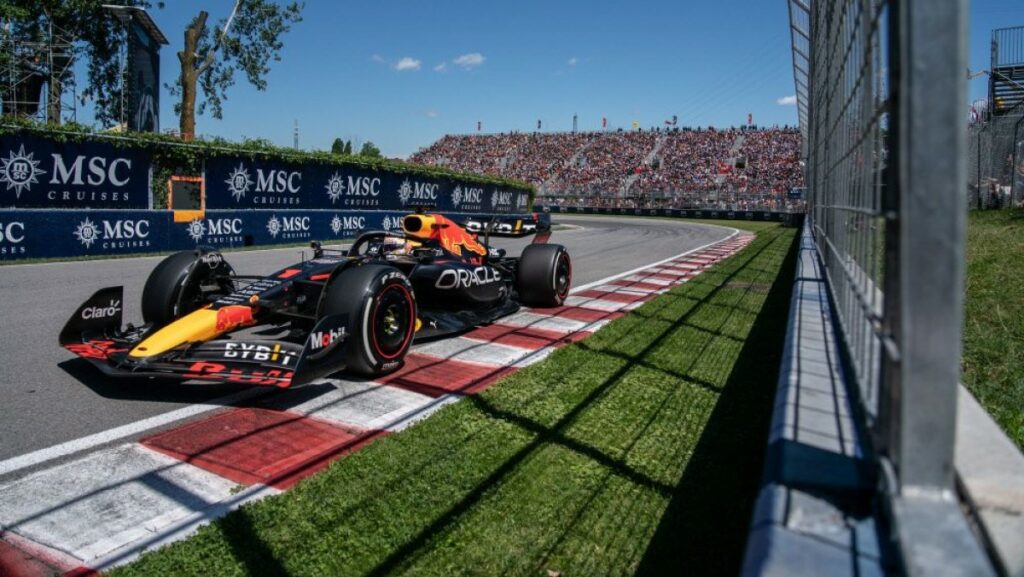 Staying on his first set of tires for a long time, Leclerc gradually worked his way forward from 19th on the grid. However, in the battle for fifth place against Alonso’s Alpine teammate Esteban Ocon, there was no way he could get past. Leclerc finally changed his tires after 42 of 70 laps, but found himself outside the points. His troubles began all over again.

Meanwhile, the race rippled along until Yuki Tsunoda (Japan/AlphaTauri) drove into the barrier after 49 laps and caused a safety car period. Now Verstappen had Sainz right back on his heels and had to defend himself until the checkered flag.

This weekend, the headlines off the track all belonged to the vexed subject of porpoising: With many drivers recently complaining of severe pain in the cockpit, the FIA, the world governing body for motor racing, wanted to counteract the wild bouncing of the new generation of race cars as early as Canada.

Many teams, however, were against the technical directive. Two camps formed, with spokesmen Toto Wolff (Mercedes) urging rapid changes, and Christian Horner (Red Bull) and Mattia Binotto (Ferrari). Whether and how Formula One deals with the issue at the next race in Silverstone, Great Britain (July 3), remains to be seen.

World Championship standings (after 9 of 22 races):

Constructors’ Championship standings (after 9 of 22 races):