PS VR2: All about Sony’s virtual reality headset for PlayStation 5

PS VR2 is the virtual reality headset for Sony's PlayStation 5 console. Get all the information on the release, technology and controllers here.

by Gazettely Editorial
in Technology
Reading Time: 6 mins read
A A
0
Share on FacebookShare on TwitterShare on PinterestShare on WhatsAppShare on Telegram

Sony is launching an enhanced version of its VR headset with PS VR2. A precise release date is unknown, but a late 2022 release seems realistic. The PS VR2 could significantly push virtual reality development, which also goes back to an affordable price.

Everything points to the fact that it could change how we think about VR gaming. The PS VR2 is Sony’s successor to the incredibly successful PS VR, bringing virtual reality to gaming at an affordable price.

The PS VR2 is expected to launch in time for Christmas 2022, alongside the exclusive Horizon Call of the Mountain game and the impressive PlayStation VR2 Sense controller. So, let’s take a closer look at the specs, games, and everything else you need to know about PS VR2.

The PS VR2: What’s behind Sony’s new virtual reality system for the PS5

PS VR2 headset and controller is Sony’s successor to the groundbreaking PS VR for the PS4. Here, where Sony has made history. Its original PS VR sold more than five million units, was reasonably priced, and came with several exclusive games. In an era where VR on the PC was difficult, Sony’s affordable and accessible headset was a huge success. 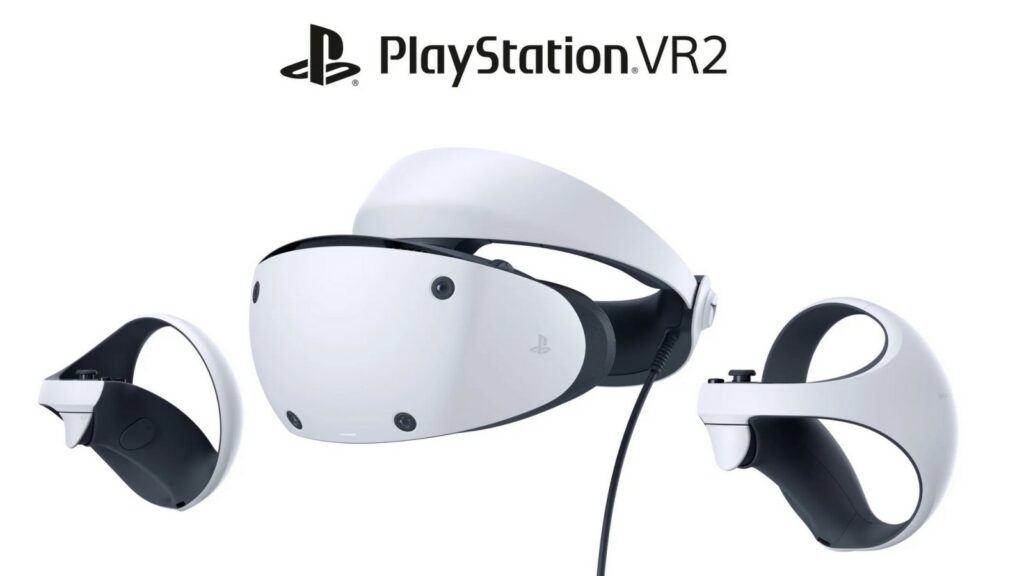 HP VR2 will take its cue from PS VR. So it can be expected to be priced on the lower end, feature Sony exclusive games, and utilize next-gen technology to deliver an immersive VR experience. PSVR2 is promised by Sony to offer a wider range of sensory experiences thanks to the new headset’s technology and the PlayStation VR2 Sense controller’s haptic feedback and adaptive triggers.

It promises a high-resolution display for each eye, quicker frame rates, a larger field of view, and enhanced input.

On February 22, 2022, those interested were finally able to get a glimpse of the stunning new technology on the PlayStation Blog. The newly designed headset has many similarities with the original model.

Though, its front now has a circular spherical shape representing the 360-degree view that gamers will feel when they enter the virtual reality world. Sony says the new headset was also inspired by the look of the PS5 family of products so that gamers can expect familiar comfort in certain aspects.

Given the current information about the PS VR2, it is still difficult to compare the two VR headsets. Still, both will likely be the dominant VR headsets in 2022 and beyond. Quest 2 has the advantage of being affordable and easily accessible. 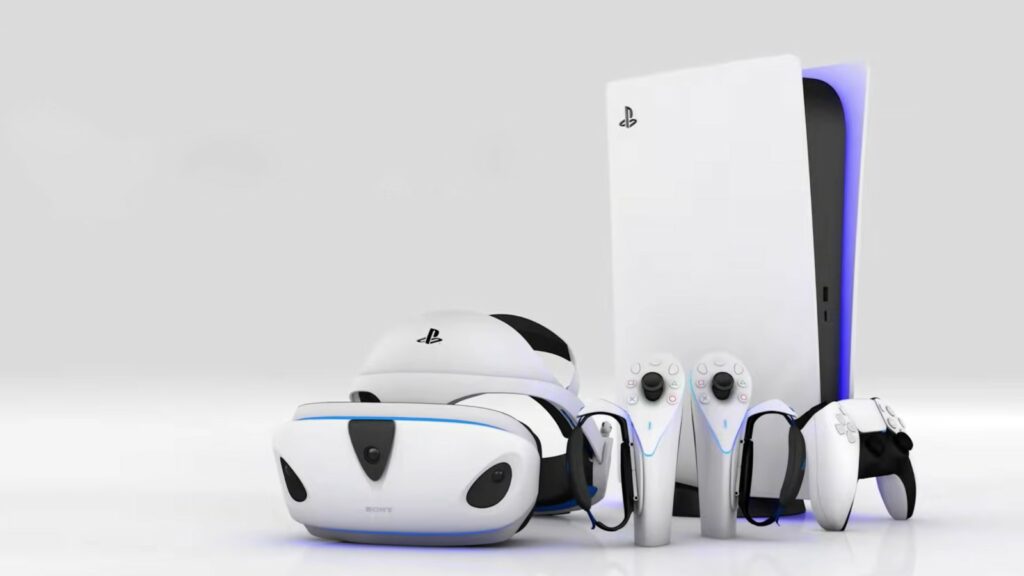 Hence, this is a good choice for those getting into VR gaming for the first time and who don’t want to spend too much money. PS VR2 is the inevitable next step toward VR for hardcore VR veterans, likely to include a wide range of exclusive games. Provided the gamer already owns a PS5.

Specifications of the PS VR2 – display, cameras and resolution.

Sony revealed the full specs of the headset at CES 2022, including weight, screens, audio, and more. Below are the key specs gamers should know:

The major difference between the PS5 and the Xbox Series X is the DualSense controller. This next-gen gamepad is packed with innovative technology that brings games to life. Meanwhile, Sony brings the same technology and experience to its new next-gen PlayStation VR2 Sense controller.

The ageing PS Move controllers (launched in 2010 for the PlayStation 3) are being abandoned in favor of controllers that visually resemble the Oculus 2’s touch controllers. They do, however, have similar technology to the PS5’s DualSense controller.

PS VR2 controllers feature slim, tube-shaped grips with a plastic ball around them. DualSense-like adaptive triggers allow for different tensions when you pull, as does haptic feedback that simulates materials and conditions on your fingers. 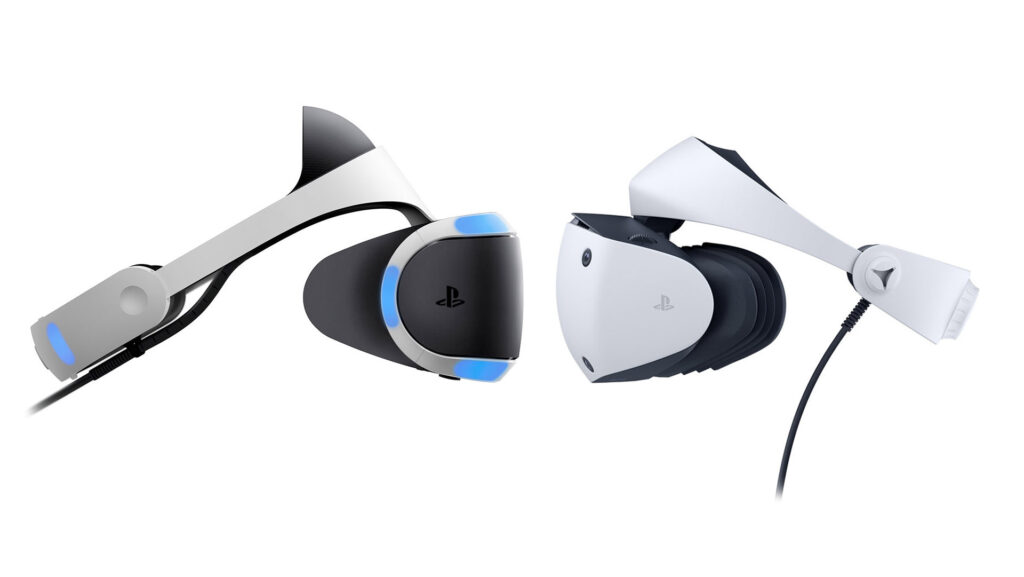 The finger touch detection technology is where the PS VR2 Sense controller shows its VR muscles: This means that a game can detect where your fingers are concerning the buttons and use finger and hand gestures to perform actions.

The new Sense controller on the PS VR2 is an advanced device that offers developers new ways to experience VR. That includes simulating the feeling of the wind blowing across your hands and the headset.

PS VR2 is expected to be released towards the end of 2022. So far, Sony has been very hush-hush regarding the release window for its new headset. If we’re lucky, PS VR2 will launch later this year.

However, Sony has announced nothing official, so that estimate might shift slightly. Due to the chip shortage on the global market, many experts rather expect 2023.

But looking at the winter gives Sony time for a full marketing cycle in 2022 and the opportunity to show off more games at E3 and Gamescom before the headset fully launches.

Sony has not yet officially commented on the price. However, based on the predecessor’s price, it could be conceivable that the new headset will be set in a similar price range. The PSVR cost $499 at its market launch, although only the headset without the camera and PS Move controller was included.

On the other hand, the PSVR2 will include the new controllers with the headset. In addition, the built-in parts, like the display, are of higher quality than the predecessor.

Therefore, you might have to expect a price of around $500 or more. Sony would thus place itself between the Oculus Quest 2 ($450) and the high-priced Valve Index ($900 with controller). There will be exact details closer to the release. 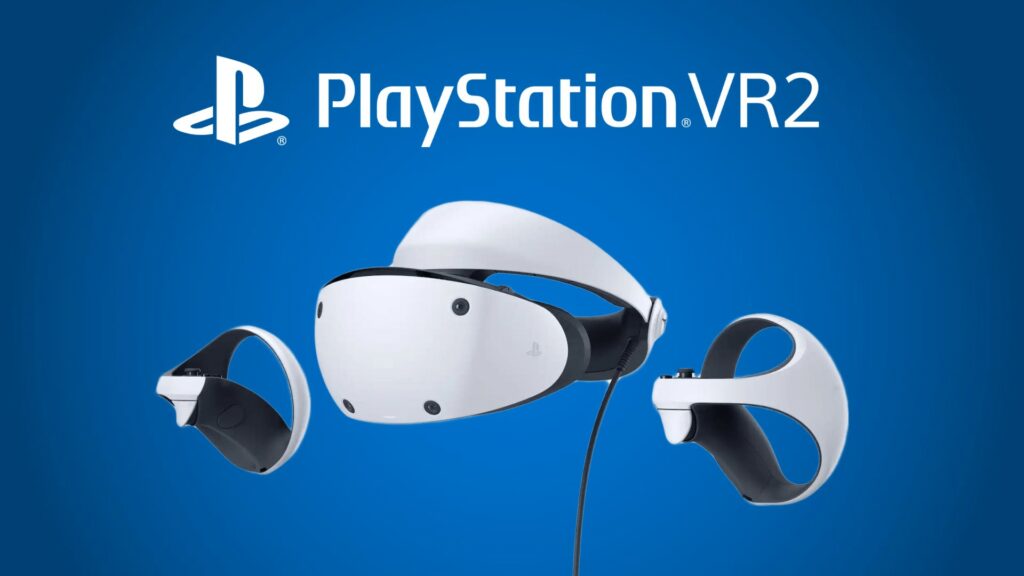 The first games for PS VR2

End of the day, game selection still determines whether a piece of hardware is successful or not. That will also be the case with PSVR2, so Sony directly promises a strong title with highlight potential with the first announcement.

Horizon Call of the Mountain

Here’s what it’s about: In Horizon Call of the Mountain, you’ll experience the world of the popular PS4 game up close and personal. You will take on the role of a new character and meet Aloy and other familiar and new characters. Besides an appealing look, the first teaser also promises imposing machines. The famous, several meters high long-neck can be seen beneath whose feet we’ll make our way.

PlayStation VR2 will have 20 games on launch

On 27 March 2022, the news broke out from a company investor position that PS VR2 will have 20 game titles available at launch. At the moment, we are not sure which games are going to be there, but it is certain that you will be able to play 20 games with PS VR2.

How about the backwards compatibility?

A very big question remains unanswered at the moment. And Sony has not commented on whether the PSVR2 can be used to play the old PSVR games. It would be important for many to be able to use the old titles as well. Moreover, this would mean that a larger library of games would be available from day one.

However, the big problem with the conversion between the two generations could be the tracking. On paper, this should work without major problems, as it already does with PC headsets, despite the different solutions (inside-out tracking and light-based tracking via Move controller).

But there is no info about how the tracking is processed on the software side in PSVR. Depending on that, there might be a bigger rat tail attached to the issue than many initially assumed.

This means that the question cannot be answered in the affirmative or negative at the moment. Thus, we will have to wait and see what Sony decides and whether it is technically possible or not.

8 Cosmetics That You Should Not Overuse

8 Cosmetics That You Should Not Overuse